Cuomo claimed the law “would help Congress ‘fulfill its Constitutional responsibilities, strengthen our democratic system and ensure that no one is above the law.'” 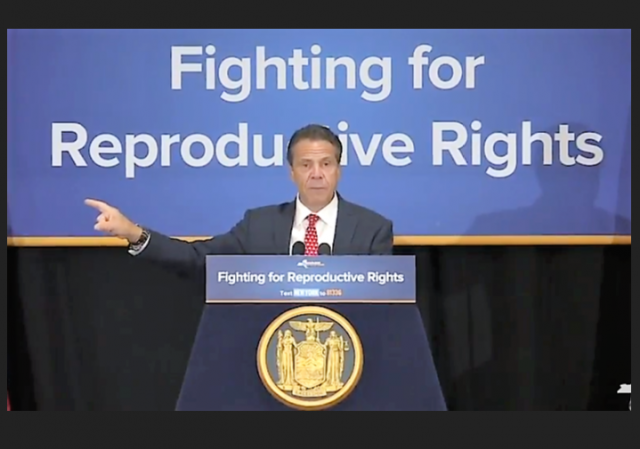 The bill requires state tax officials to release the president’s state returns for any “specified and legitimate legislative purpose” on the request of the chair of one of three congressional committees: the House Ways and Means Committee, the Senate Finance Committee and the Joint Committee on Taxation.

It is effective immediately, though it is unclear whether it would be challenged by the Trump administration, or used by the congressional committees; the Ways and Means Committee, for instance, has said previously that it remains focused on pursuing Mr. Trump’s federal tax information.

Still, the state tax documents from New York — the president’s home state and business headquarters — would likely contain much of the same information as the contested federal returns, tax experts say.

Cuomo claimed the bill “would help Congress ‘fulfill its Constitutional responsibilities, strengthen our democratic system and ensure that no one is above the law.'”

Republicans described the law as unconstitutional since it aims at only one person “as well as a potential invasion of privacy.” Cuomo replied that “tax secrecy is paramount” except for “being for bona fide investigative and law enforcement purposes.”

The White House has not responded to the new law.

House Ways and Means Committee Chairman Richard Neal (D-MA) insisted he will not request Trump’s New York state tax returns “because he feels doing so would harm his efforts at obtaining Trump’s federal returns.” He believes this route would strengthen Trump’s argument that the Democrats are “on a political fishing expedition.”

Neal already “sued the IRS and the Treasury Department for those federal returns.” Secretary of Treasury Steven Mnuchin has denied the Democrats requests for the documents because the request “lacks a legitimate legislative purpose.”

Something tells me if Neal does not succeed with the lawsuit he will cave and ask for the state tax returns.

The law ins nonsense on the face of it. What “legitimate legislative purpose” could their ever be for releasing anyone’s tax return?

Would eliminating a deduction used by a political opponent be a “legitimate legislative purpose”? I don’t think so.

Our country survived fine for over 100 years without a Progressive Income Tax. I hope this causes a backlash to eliminate all income taxes!.

Why should the rate of federal income tax I pay be more or less than you pay? Is just because they can suck more money out of one of us a good reason for taxing us differently?

If we are all equal, then shouldn’t we all pay the same dollar amount?