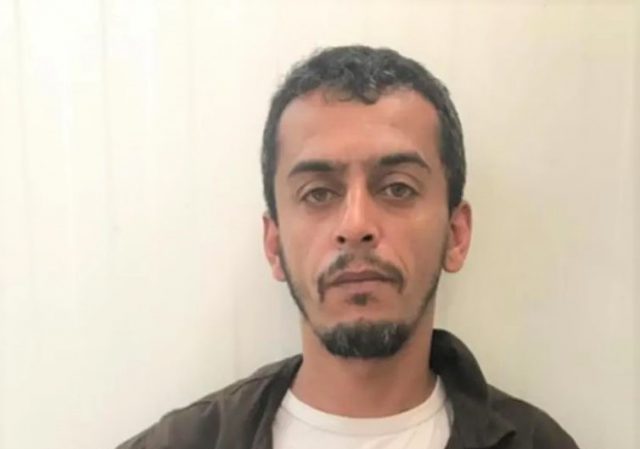 The terror operative was trained to set up an explosives manufacturing laboratory aimed at targeting Israeli civilians. He was working on a Hamas plot to “establish terror cells to carry out simultaneous deadly attacks in Israel,” the Jerusalem Post disclosed.

The arrest was part of a bigger anti-terror sweep by the Shin Bet security service, which succeeded in dismantling a number of terrorist cells operating in the Palestinian-controlled territories, the Israeli media said Wednesday.

Israeli broadcaster i24News reported the details of the arrest:

According to local reports, the suspect had undergone a full year’s training by the military wing of Hamas before entering Israel.

His mission was to enter under a false humanitarian guise and set up a laboratory of explosives in the West Bank, which would then, in turn, supply terrorists with explosives to carry out attacks in Israel, according to the Shin Bet. (…)

In a Shin Bet statement, an official said: “The leadership of Hamas continues its strategy of destabilization of the region.

“This incident also shows that the Hamas organization uses humanitarian permits provided by the State of Israel in order to initiate its hostile activities in Israel and in the West Bank,” he added.

The terror plot thwarted by the Israeli security service once again highlights the Palestinian strategy of using humanitarian pretense to infiltrate Israel and target civilians. The Islamist Hamas and other Palestinian terrorist groups have used pregnant women, children and people with mental illness to circumvent Israeli security checks to carry out suicide and terror attacks.

Among the most notorious cases was that of the female suicide bomber Wafa al-Biss in 2005, who tried to smuggle an explosives belt at the Erez border crossing, the main entry point for Gaza into Israel. When Israeli soldiers tried to stop her after realizing that she was wearing a suicide belt, she tried unsuccessfully to detonate it.

Wafa al-Biss’ failed bid at ‘martyrdom’ didn’t dampen her diabolical fanaticism. “My dream was to be a suicide bomber. I wanted to kill 20, 50 Jews. Yes, even babies,” she lamented afterwards. In 2011, She was released along with hundreds of Palestinian terrorists in exchange for Israeli soldier Gilad Shalit.

Senior Hamas Official: ‘Slaughter of Zionists Is Near’

Well, at least there is one truth. You can’t get proper anything in Gaza.