My specific topic will be on the role of “intersectionality” theory in promoting anti-Semitism. 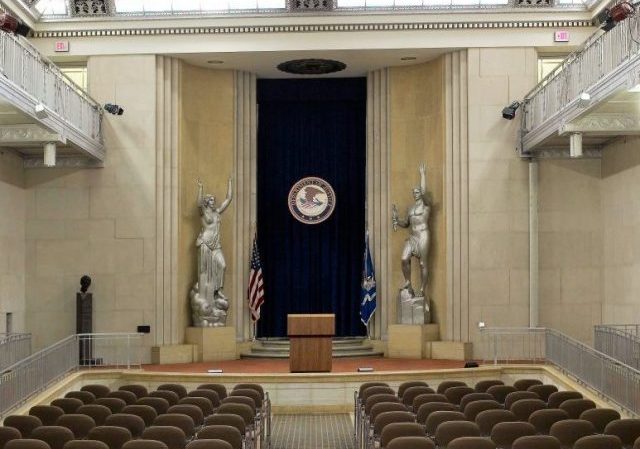 The U.S. Department of Justice is holding a Summit on Combatting Anti-Semitism on July 15 in D.C.

I was asked to speak at the event. The full Agenda and speaker list is at the bottom of this post. 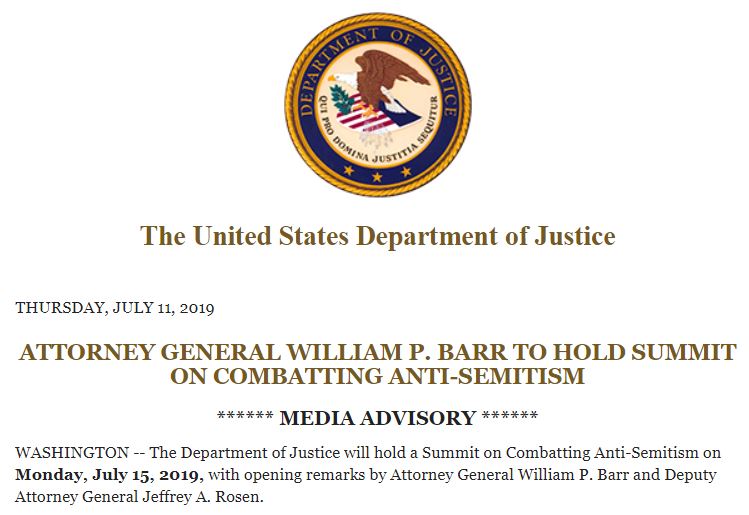 I will give a short presentation as part of a panel on Anti-Semitism on Campus. 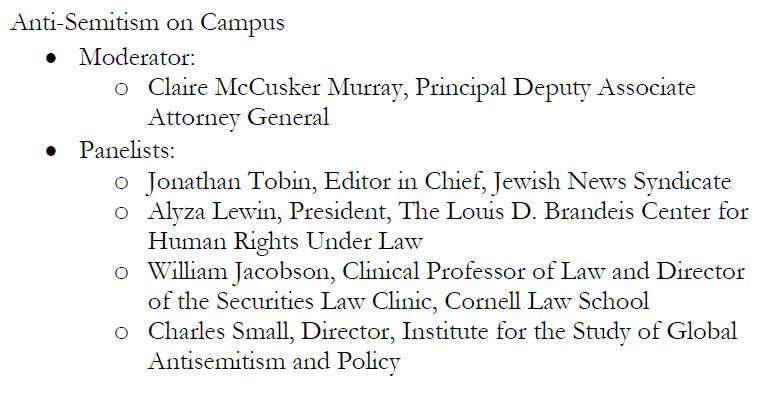 My specific topic will be on the role of “intersectionality” theory in promoting anti-Semitism. It’s a topic I have written about many times here, including in this 2015 post, How student activists turned anti-rape group into an anti-Israel group:

The phrase “All evil in the world must be traced to Israel” is how researcher Nurit Baytch perceptively characterized the propaganda tactics of anti-Israel activist Max Blumenthal.

It’s a phrase that increasingly characterizes the anti-Israel campus movement. Every real or perceived problem is either blamed on or connected to Israel.

The concerted effort to turn the Black Lives Matter movement into an anti-Israel movement has at its core the claim that Israel is the root of problems of non-whites in the United States. Thus, if a police chief somewhere attended a one-week anti-terrorism seminar in Israel years ago, every act of brutality by a cop on the beat is blamed on Israel. So too, Students for Justice in Palestine protesters in New York City even blamed high tuition on Zionists, leading to rebukes by administrators against such thinly-veiled anti-Semitism.

The Jew once again is made the source of all evil, the conspiratorial puppet-master controlling all and responsible for all. And Israel alone receives such treatment and is used as the link to connect all injustices in the world. That some of the worst perpetrators are Jewish progressives doesn’t change the nature of the attack.

And in this 2016 post,  Intersectionality: Lies about Israel, lies about Jews:

This anti-Semitic use of “intersectionality” theory flourishes because a generation of students — many of whom now are faculty — have been schooled based on lies about the creation of Israel and the Arab refugees created in the civil war and invasion by Arab armies. In that false narrative, the Jews are wholly evil and the Arabs are wholly innocent.

And again in this 2019 post about a divestment resolution at Cornell University:

The SJP strategy also had a putrid racial overtone, with SJP repeatedly emphasizing that all of the non-white student identity groups endorsed the resolution. The resolution thus was presented as students of color backing ‘Palestine” against the white Jews supporting Israel. This is the toxic byproduct of how intersectionality theory dominates on campuses, with Jews and Israel being the center of the supposed intersecting systems of oppression.

The event is not open to the public, but will be live streamed. [Additional live stream on C-Span]

Please don’t all connect at the same moment, we wouldn’t want to crash the DOJ servers, would we?

I’m very glad to see the issue of antisemitism getting the attention it deserves from the DoJ at long last. Did anything like this ever take place under Obama (or any other president for that matter)? I can’t remember anything of the kind.

Prof. Jacobson: Perhaps you should pin this post to the top of the page. I’ve bookmarked the website, but I’d love a reminder.