“I approached Deutsche Welle in a private message on Twitter. Instead of taking any action on my complaint, they decided to block me” on Twitter, only later to reverse themselves 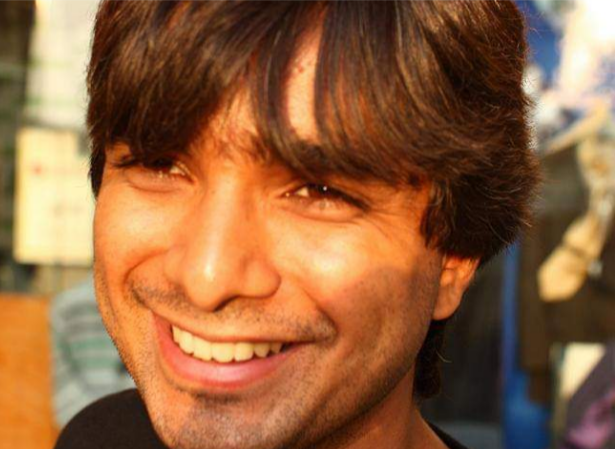 As an Indian journalist living in Germany, I often analyze German media coverage for the Legal Insurrection and other publications. Germany’s state-run international broadcaster Deutsche Welle and its English language service DW News have been a go-to source for news related to state policy, official comments and statistics.

In my years of covering German media, I have often found anti-Israel bias in Deutsche Welle‘s coverage, and have reported about it.

Last month, I came across a report in the publication titled “Narendra Modi’s victory worries Indian Muslims,” highlighting the threat posed to the Muslim minority by the rise of Hindu Nationalism in the country. The media has every right to criticize Prime Minister Modi or the Indian government. In fact, I have done so repeatedly myself and faced a good deal of shitstorm from Modi’s vocal fan base.

I was instead disturbed by the dubious sources quoted in the article. The German state broadcaster presented Asaduddin Owaisi, a member of the Indian parliament, as one of the representatives of the Muslims in India lamenting about the growing Hindu ‘intolerance’ in India. Anyone who knows Indian politics can identify Owaisi as a politician with Islamist (and antisemitic) views. He defended his brother Akbaruddin Owaisi after the latter called upon India’s 250 million Muslims to ‘finish off’ a billion Hindus in a 2012 rally. It were statements like these that consolidated Hindus behind Modi’s candidacy for the country’s prime ministership.

I just had to scroll through Owaisi’s  Twitter feed to find the choicest examples. One of his tweet showed a photo-shopped picture of Modi wearing a kippah with a Star of David on it and another Star of David imposed on a crowd in the background — insinuating some kind of ‘Hindu-Jewish’ conspiracy against the Muslims. “Zionists & Sanghis [a derogatory term for Hindu Nationalists] Allies made for each other [united in] common hatred for Muslims,” he wrote in his tweet.

I tweeted about it and messaged DW News with the Owaisi’s screenshots questioning their editorial judgement in quoting such people.

I didn’t hear anything from the broadcaster and matter died down, or so I thought. This week, I realized that I had been blocked from following the news outlet on Twitter: a measure that may greatly impair my ability to monitory the coverage of Germany’s flagship international broadcaster.

As a German taxpayer I am made to shell out mandatory fees for the state media. The government collects over 8 billion annually to sustain a huge state-run media complex that dominates the news cycle. Refusal to pay these ‘fees’ could even land you in jail.

Following public outrage, the broadcaster finally apologized for the action on Twitter, adding that “it seems we blocked you by mistake.”

Benjamin Weinthal, a senior research fellow for the DC-based Foundation for Defense of Democracies (FDD), covered the key facts of this story in his report for The Jerusalem Post. I am personally grateful to Benjamin for his intervention. It was his inquiries at the Deutsche Welle’s head office in Bonn that finally forced the broadcaster to admit wrongdoing and apologize:

The Deutsche Welle, Germany’s public international broadcaster, is accused of blocking on Tuesday a prominent Indian journalist on its Twitter feed because he criticized a DW article that quoted an antisemitic Muslim politician in India.

Vijeta Uniyal, who is widely considered one of the leading experts on Israeli-India relations, told The Jerusalem Post on Wednesday: “As an Indian journalist living in Germany, I regularly analyze German media coverage. In past, I have repeatedly tweeted about the anti-Israel bias in Deutsche Welle’s coverage.

Last month, I was appalled to see an Indian politician with a track record of making antisemitic remarks being quoted by the broadcaster as a representative of the Indian Muslims.”

He continued “I approached Deutsche Welle in a private message on Twitter. Instead of taking any action on my complaint, they decided to block me.

I don’t buy their lame apology. I was deliberately blocked to prevent me from tracking their future coverage. Apparently, someone at Deutsche Welle wasn’t comfortable with me sifting through their work.”

The Post contacted DW on Tuesday and a spokeswoman in the city of Bonn said the news outlet would research the case.

On Wednesday, DW sent Uniyal a Tweet stating: “Hello @iUniyal, blocking people goes against our own DW social media standards – so it seems we blocked you by mistake. We’ve unblocked you now. Please accept our apologies.”

DW published an article on May 28, titled :Narendra Modi’s victory worries Indian Muslims.” Modi was reelected in a landslide victory in May.

The DW made no reference to Owaisi’s history of Jew-hatred in its article.

Here is my last communication with Germany’s state-run @dwnews where I object to quoting an Indian politician with an apparent antisemitic track record on social media.

As a result, the publicly-funded broadcaster blocks me from following their future coverage. @DeutscheWelle pic.twitter.com/vNpTLl1hYx

Hello @iUniyal, blocking people goes against our own DW social media standards – so it seems we blocked you by mistake. We’ve unblocked you now. Please accept our apologies.

This is not the end of the story, but the sign of things to come.  The mainstream media’s ability to tolerate differing opinions has shrunk rapidly —  as witnessed since the 2016 Brexit vote on this side of the Atlantic. In Germany, the lavishly funded state media has gone from toeing the government’s official line to pursue their own, often radical, agenda.

Merkel must be shaking in her boots…

Given the hundred-million plus Hindus slaughtered by Muslims, and Muslims breaking the deal they made in the partition of Pakistan, I’m not seeing the problem here.