“The FDLE investigation shows former Deputy Peterson did absolutely nothing to mitigate the MSD shooting that killed 17 children, teachers and staff and injured 17 others.” 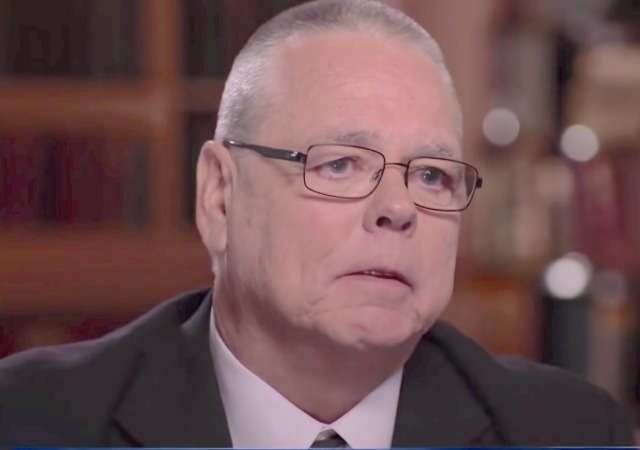 The Florida Department of Law Enforcement (FDLE) announced Tuesday afternoon that officials arrested former Broward Sheriff’s Deputy Scot Peterson and charged him with “seven counts of neglect of a child, three counts of culpable negligence, and one count of perjury.”

Peterson has faced criticism for not entering Parkland’s Marjory Stoneman Douglas High School in February 2018 during a shooting that killed 17 and injured 17 others.

*This is breaking news. I will update as needed.

The FDLE and the Broward State Attorney’s Office spent 15 months investigating the shooting, which included interviewing 184 witnesses and viewing hours of video. They devoted over 800 hours to the investigation.

“The FDLE investigation shows former Deputy Peterson did absolutely nothing to mitigate the MSD shooting that killed 17 children, teachers and staff and injured 17 others,” said Florida Department of Law Enforcement Commissioner Rick Swearingen. “There can be no excuse for his complete inaction and no question that his inaction cost lives.”

They were both terminated and can no longer serve as deputies with the Broward Sheriff’s Office.

“Deputy Scot Peterson, while acting as a caregiver, willfully neglected; [REDACTED] by failing to immediately take action, as he was trained and as is required of a caregiver, to stop the active shooter, Nikolas Cruz.”

The warrant went onto say Peterson “in failing to, or refusing to, address Nikolas Cruz’ actions, exhibited a reckless indifference to or grossly careless disregard for others.”

The FDLE stated that not only did Peterson not investigate the shooting, but he also “retreated while victims were being shot inside the school.”

He then “directed other law enforcement who arrived on scene to remain 500 feet away from the building.”

Peterson resigned and retired shortly after the shooting. The Broward County Sheriff’s Office officially fired Peterson upon release of the investigation its own investigation. The office also fired Peterson’s supervisor Sergeant Brian Miller.

Authorities set Peterson’s bond at $102,000. If convicted on all the charges, he can face up to 97 years in state prison.

Seems to me, the reason the media is out to get Scot Peterson is that their thinking is that police are to protect the citizens so we can’t have our own guns. As usual, the show and the hype are more important to the Narrative than the legal outcome.

The shooting stripped away the perception of what law enforcement can and cannot do and what individual officers may or may not choose to do. The often intended perception is that the police must provide individual protection. “Hey… just shelter in place and you really don’t need a firearm.. the police will protect you no matter what.” When really bad things happen, then the real limitations are shown. To me the Left wants that view and now they have to cover for this.

Peterson was faced with initially going it alone. That is tough but interfering with others going in … bad choice. The active shooter scenario old school.. set up a perimeter.. went out with Columbine. The best time to intercede is as soon as possible to create chaos for the shooter/attacker. That is dangerous for the police but while they can’t be ordered into war like the military… it is in the general description of general public safety.

Except for perjury, he is off the hook.. but… is now the scapegoat for the Dem establishment. Their failures cannot be questioned.

You’re right. This has nothing to do with any idea that people should let LE protect them. This is all about political cover-up. All of it.

As it becomes clearer that not making immediate entry, alone, probably did not affect the outcome, people are trying to make a case that Peterson somehow “interfered” with others going in. He did no such thing. Under the policies of the BSO, he, being the senior deputy on the scene, was in command of the scene and responding officers, until relieved. The responding deputies, except for the sergeant who arrived, followed procedure. The sergeant, being the ranking officer, should have assumed command of the scene upon arrival. As for the “hero” paramedics, who complained so loudly about SO not giving them clearance to enter, they would have screamed even louder, of a lack of “police protection” if their members were shot and/or killed.

Even if Peterson had run into the school immediately, the body count was already 11 dead and and as many wounded. Even if Peterson had heard shots on the third floor, run up the stairs and shot Cruz dead, we might very well have the same number of casualties. And, it was all the responsibility of the School system. But, the politicians on the School Board, and the Superintendent had to be protected. Them we have all of the politicians who signed on to that horrific Promise Program. They all had to be protected. Then we have the parents of the slain and injured children. They have to be protected, even though they did not demand the school system have effective security in place to prevent the incident from occurring. Then we have the FBI, which failed to pass on credible threat information. Protected. But, someone has to be responsible. Who? Let’s blame it on a lone deputy and a toad Sheriff, who no one really likes. Let them be the responsible parties and everyone else will be a victim. Then we can all crawl back into our little cocoons and feel safe. Until the next time some guy with a gun walks onto a school campus and starts shooting people.

Then we have the fact that Peterson is arrested on all of these trumped up charges, 14 months after the incident and a little more than a week before Sheriff Israel is scheduled to contest his suspension before the Florida Senate. All of this is nothing more than political cover. First for all the county politicians who shared responsibility for the initial incident and then for the Governor, who suspended the Sheriff as a political pay-off. And, the grounds for that suspension are really shaky. If the voters of Broward County wished Israel removed they could have simply recalled him. That did not happen. This is ALL politics. Nothing more.

I agree with the political cover up, this just reeks of it. So be on the lookout for what they are trying to distract from.

I don’t think anyone would argue that Peterson was derelict and acted in a cowardly fashion, however, these charges strike me as more of a “Throw the steaming pile at the wall and see what sticks”.

Now as far as the perjury…well that’s all on him.

There are sins of commission and sins omission. He is guilty of being an accessory to murder by his omission of confronting the shooter.

I am glad to see they are throwing the book at him. Even if it wasn’t his job to help, by doing nothing when he had the means and opportunity, he practically became an accomplice.

If the deputy actually were an accomplice of the shooter, what would he have done differently?

1. Not stop him shooting.

2. Let him escape the school grounds.