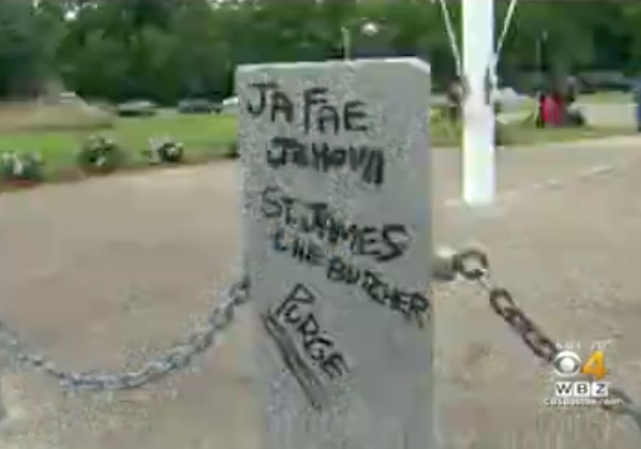 A 33-year-old Massachusetts man allegedly responsible for vandalizing the Dorchester Vietnam Veterans Memorial was found by state police and referred to a Boston hospital for a mental health evaluation.

Mass. State Police said the 33-year-old Dorchester man accused of vandalizing the Vietnam Veterans Memorial was interviewed by police and sent to a Boston hospital for a mental health evaluation Saturday.

His name is not being released.

“If he is released from the hospital over the weekend he will be returned to police custody and charged with offenses of malicious destruction of property over $250 and tagging. If he is hospitalized for treatment he will be summonsed to Dorchester District Court on those charges at a later date,” said a statement from State Police.

On Thursday, spray-painted graffiti, including swastikas, was found on the stones at the monument. American flags, shrubs, and flowers were also pulled from the ground.

Volunteers were able to clean the area just in time for Memorial Day.

“I think it’s important for us to remember that for the families of the fallen, these memorials these statements about how we will honor and never forget the service, and the sacrifice that they represent is really important,” said Massachusetts Gov. Charlie Baker.

This POS needs a good ass whipping while at the hospital. That might snap him out of it.