The IRGC has close ties to terrorist groups Hezbollah and Hamas, both of which want to wipe Israel off the map. 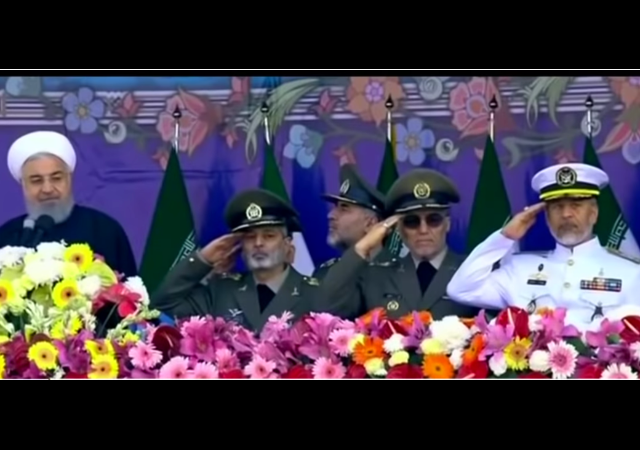 In a statement, President Donald Trump said that he and the Department of State “recognizes that Iran is not only a State Sponsor of Terrorism, but that the IRGC actively participates in, finances, and promotes terrorism as a tool of statecraft” and that the IGRC is the Iranian regime’s “primary means of directing and implementing its global terrorist campaign.”

This is the first time the American government “has ever named a part of another government as a FTO.” Trump warned others that “[I]f you are doing business with the IRGC, you will be bankrolling terrorism.”

Secretary of State Mike Pompeo described the designation of IRGC as a FTO as a “basic reality” and that no one should be surprised by the government’s decision. He said that it “masquerades as a legitimate military organization, but none of us should be fooled.”

With the IRGC now labeled as a FTO, it will “face sanctions that include freezes on assets the IRGC may have in U.S. jurisdictions and a ban on Americans doing business with it.” The government will have the ability “to deny entry to people found to have provided the Guard with material support or prosecute them for sanctions violations.”

It’s no secret that the IRGC has close ties to terrorist groups Hezbollah and Hamas. Yahya Sinwar, the leader of Hamas, bragged about the ties last year. From i24news:

Speaking in an interview on Lebanon’s pro-Hezbollah al-Mayadeen TV channel on Monday translated by the Middle East Media Research Institute, Sinwar said that Hamas had “greatly developed its capabilities” thanks to friends, “first and foremost the Islamic Republic of Iran,” which was giving “a lot of money, equipment and expertise” to the group’s military wing, the Izz ad-Din al-Qassam Brigades.

Sinwar lauded the “strong, powerful and warm” ties Hamas has with Qassam Soleimani, leader of Iran’s Islamic Revolutionary Guard Corps (IRGC). Soleimani was said to have been instrumental in the recent barrage of Iranian rocket fire targeting Israeli military positions in the Golan Heights on May 10.

“We have excellent relations with our brothers in Hezbollah,” Sinwar said according to the translated excerpts. “Our relations with them are extremely developed. We work together and coordinate and are in touch on an almost daily basis. The relations are at the best stage ever.”

Hezbollah has grown since 2006 with Iran’s help. A top Hamas official, Saleh al-Arouri, said in January 2018 “that Iran is the only country providing military support to Hamas to fight the ‘Israeli entity.'” From United With Israel:

“Our relations with Iran are based on the fact that Iran is the most hostile country in the world toward the Zionist entity. Iran is the only country that says that this entity is cancerous. This is Iran’s official position….The aid Iran provides to the resistance is not merely symbolic. This is real aid, which is essential for the resistance to continue and be effective.”

In January, IRGC General Ramezan Sharif boasted “that today Israel is in its worst conditions and the fighters in Palestine and Lebanon are at the peak of their preparedness to confront any aggression by the Zionists and end the disgraceful life of the fake and criminal regime.”

Last month, IRGC Commander Maj.-Gen. Mohammad Ali Jafari told a magazine that Hezbollah’s missiles can reach all of Israel. From The Jerusalem Post:

“While they once dreamed of their territorial expansion from the Nile River to the Euphrates River, and they were after realizing this wish in the past 50 years, today you can see that they have been unable to expand their land even for an inch; they even have lost some of the territories they had already occupied and are under full siege from all around their borders,” he continued.

“To put it in a nutshell, we can say that the enemy has not been successful in the region and all its plots and operations have ended up with nothing but failure for them and success for the Islamic Revolution and the Resistance Front,” Jafari said.

What Americans would be doing business with those guys, anyway?

Democrats. In a heart beat.

Trump also should declare the Democrat Organization as terrorists. Haven’t they tried to overthrow a lawfully elected administration?
Isn’t that sedition?