Palestinian terrorist Vallmoe Shqaire, who lied to gain U.S. citizenship, gets 9 months in prison, will be deported

Palestinian terrorist Vallmoe Shqaire, who lied to gain U.S. citizenship, gets 9 months in prison, will be deported

Attempted to blow up a bus in 1988, and later was convicted and served time in Israeli prison — then lied about his background to enter the U.S. and become a citizen. 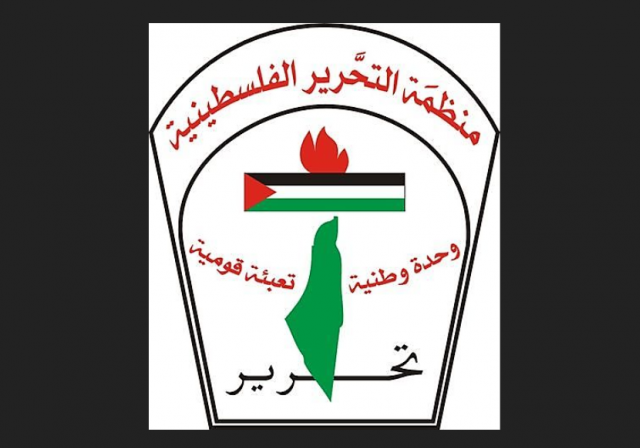 In a case reminiscent of Rasmea Odeh, another Palestinian terrorist who concealed his terrorist past was indicted for obtaining naturalization by fraud.

In the September 28, 2018, Indictment (pdf.), Vallmoe Shqaire was charged with one Count based on the following false statements:

Defendant SHQAIRE falsely stated that he had never been arrested for or convicted of a crime or served time in jail or prison, when, in fact, SHQAIRE had been arrested and convicted of crimes and was sentenced to a seven-year prison term and served approximately four years in Israeli custody.

Defendant SHQAIRE falsely stated that he had never been a member of or associated with any organization, association, fund, foundation, party, club, society or similar group in the United States or in any other place, when, in fact, SHQAIRE was a member of the Palestinian Liberation Organization’s “Shabeda” cell in Israel.

Defendant SHQAIRE falsely stated that he had never given false or misleading information to any U.S. government official while applying for any immigration benefit or to prevent deportation, exclusion, or removal, when, in fact, SHQAIRE had attested under  ath and penalty of perjury in connection with his June 5, 2002 application to become a Lawful Permanent Resident that he had never been arrested, cited, indicted, fined or imprisoned for breaking or violating any law or ordinance, when in fact, SHQAIRE had been arrested and convicted of crimes and was sentenced to a seven- year prison term and served approximately four years in Israeli custody.

As the case approached trial in mid-January 2019, Shqaire entered into a Plea Agreement (pdf.) in which he agreed to plead guilty, and agreed to the facts supporting the guilty plea:

Each of these statements was false because, as defendant then well knew, the following facts were true: (1) defendant was arrested,  charged, convicted, and served a prison sentence in Israel for, inter alia, being a member of the Palestinian Liberation Organization (“PLO”), conspiring with others to place an improvised explosive device on an Israeli bus on December 11, 1988, with the intent to cause death or injury, and assaulting persons suspected of cooperating with the Israelis; (2) defendant was a member of the “Shabiba” cell of the PLO, an informal group that supported the PLO; and (3) defendant gave false and misleading information to a government official in connection with his June 5, 2002 application to become a Lawful Permanent Residence by not admitting his prior arrest, conviction, prison sentence and PLO membership to USCIS.

At the same time, the Court entered an Order Re Judicial Removal (pdf.) providing that after sentencing and service of any sentence, Shqaire would be deported to Jordan. [The same place Rasmea Odeh was deported.]

The Government Sentencing Position (pdf.)(full embed at bottom of post) laid out the offenses, and the requested 16 months imprisonment:

Defendant pleaded guilty to a serious offense – the unlawful procurement of U.S. citizenship in violation of 18 U.S.C. § 1425(a). Defendant fraudulently procured citizenship by making false statements repeatedly under oath – both in connection with his 2002 application to become a Lawful Permanent Residence (“LPR”) and in his 2008 naturalization application. By repeatedly lying to U.S. Citizen and Immigration Services (“USCIS”) Officers, defendant sought to conceal his extensive and violent criminal history in Israel and attacked the immigration safeguards that are in place to protect against persons like the defendant from entering our country.

Specifically, defendant denied that he had ever been arrested, charged, convicted, and served a prison sentence or was a member of an organization, when in fact, defendant was convicted and sentenced to 10 years’ imprisonment in Israel for, inter alia, being a member of the Palestinian Liberation Organization (“PLO”), conspiring with others to place an improvised explosive device (“IED”) on an Israeli bus, and assaulting persons suspected of cooperating with the Israelis.

Following his fraudulent acquisition of U.S. citizenship, defendant made additional false statements to law enforcement officers and engaged in a criminal scheme that ultimately resulted in defendant pleading guilty to three counts of felony grand theft. To adequately address the serious of defendant’s conduct and defendant’s persistent disregard for the rule of law, the government respectfully asks this Court to sentence defendant to 16 months’ imprisonment – the maximum sentence available under the applicable guidelines calculation.

The Defendant’s Sentencing Memorandum (pdf.) downplayed it as being the result of the trauma at the hands of the Israelis, seeking probation and no jail:

Mr. Shqaire’s history and characteristics show that his early life was defined by relentless hardship, instability, and conflict. He spent his early childhood living with his large family in cramped temporary housing inside a refugee camp. Then, just as Mr. Shqaire was coming of age, the First Intifada broke out, causing mass upheaval and discord throughout the West Bank, and embroiling Mr. Shqaire in the conflict. As a result, he spent the better part of six years first hiding in mountains and caves, and then incarcerated in Israeli military prison. These experiences, as well as the physically and psychologically coercive interrogations he experienced at the hands of the Israeli military, left him deeply traumatized.

By the time Mr. Shqaire arrived in the United States in 1999, he was desperate to get away from the violence and turmoil which marked his life in the Middle East. His determination allowed him to build a successful new life for himself in America, garnering a strong network of friends who view him as a kind and “extremely generous individual.” (Exhibit B; see also Exhibit C.) Due to his generosity and kindness, Mr. Shqaire was able to create a surrogate family for himself in the United States. (Exhibit A.)

Unfortunately, in an effort to make a fresh start in the United States, Mr. Shqaire made the incredibly misguided decision to misrepresent his Israeli arrest and incarceration history on his naturalization petition. He now seeks to make amends for that mistake by pleading guilty, agreeing to relinquish his United States citizenship, vowing to assist in his own removal, and never returning to the United States. He respectfully asks that the court take into account his traumatic incarceration history during sentencing, and not subject him to any further custody

The Court docket is not yet updated, but a press release from the US Attorney’s Office indicates a sentence of 9 months was imposed:

A Jordanian national who was sentenced to prison in Israel after admitting he acted at the direction of a terrorist organization to detonate a roadside bomb in an attempt to blow up a civilian bus in Israel was ordered today to serve a nine-month prison sentence for lying to immigration authorities to obtain U.S. citizenship and, as a result of his conviction, will be deported to Jordan…. 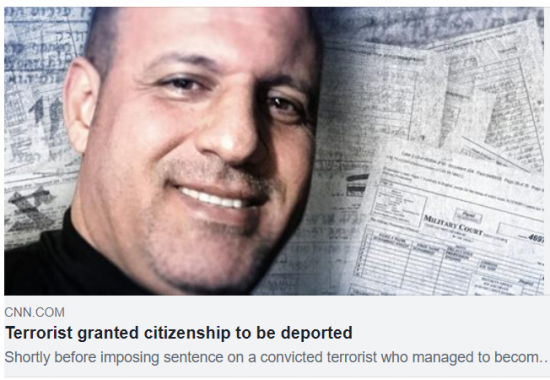 Shortly before imposing sentence on a convicted terrorist who managed to become a US citizen, a federal judge in Los Angeles on Friday directed two questions at the prosecutor in the case:

How did Vallmoe Shqaire get into the country in the first place? And what took the government so long to prosecute him once his terrorist past had been discovered?

The questions by US District Court Judge John F. Walter echoed those raised in a CNN report published Thursday detailing how Shqaire was made a US citizen in 2008 despite having served time in an Israeli prison for attempting to blow up a bus.

Assistant US Attorney Annamartine Salick acknowledged that Shqaire, 51, had “slipped through the cracks” of the immigration vetting system.

She said the state of information-sharing between countries back then was “not as advanced as we are today.”

Shqaire, wearing black slacks and a white dress shirt, spoke briefly on his own behalf.

“I am very, very sorry for what I have done,” he said. “I love this country.”

Walter said he found Shqaire’s past acts in Israel “despicable,” but that he did not view him as a terrorist as he stood before him three decades later.

He sentenced him to nine months in federal prison.

Immigration officials have already begun administrative proceedings to strip Shqaire of his citizenship. As part of his plea agreement with the government, Shqaire will be deported to Jordan following his release from prison.

Walter gave Shqaire until May 28 to surrender to begin serving his sentence.

How to prevent the next Rasmea Odeh and Vallmoe Squaire from lying their way into the U.S.?

Good news! Your government is selling you guns!

I will to my dying day do my best to keep the wolf away from your sled (and I like wolves).

But with a few small baby steps you can own what Patton properly termed the finest battle implement ever invented.

If anybody is keeping records I would rather be shot by Valerie than by a stranger. If Valerie shot me I could say, “Nice shot.” Center of mass and all.

Hmmm. Nine month sentence which doesn’t even start for more than a month from now . . . Sounds like he’ll have plenty of opportunity to “slip through the cracks” again.

Side note (how many predicted the later part of Ace’s comment was coming?):

BuzzFeed’s #HotTake on Donations to Rebuild Notre Dame: “But What About France’s Huge Shortage of Mosques?”
—Ace of Spades

And hillary clinton is still free.