When does the right to life begin for Democrats? 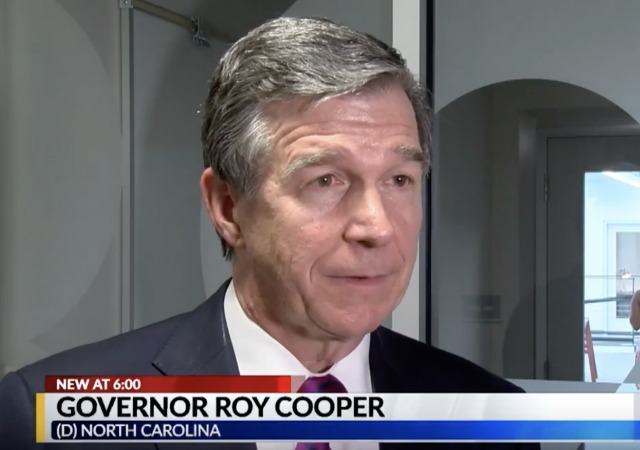 Life, liberty, and the pursuit of happiness. These are some of the unalienable rights bestowed on us by our Creator. Life is the most important right because without it, the other rights don’t matter or exist.

From The Charlotte Observer:

Cooper announced his decision two days after the General Assembly sent him a measure telling health care practitioners to grant those newborns the same protections as other patients. Those who don’t could face a felony and active prison time, along with fines and potential civil damages.

Cooper’s veto message echoed some comments of abortion-rights supporters opposed to the “born-alive” measure. They also said in committees and floor debate that the legislation was designed to intimidate women and physicians and ultimately chip away at the constitutionally-protected right to an abortion.

“Laws already protect newborn babies and this bill is an unnecessary interference between doctors and their patients,” Cooper wrote. “This needless legislation would criminalize doctors and other health care providers for a practice that simply does not exist.”

What about the baby’s Constitutionally-protected right to life?

Democrats fired back to the criticism that “North Carolina already has laws on the books against infanticide, doctors already are regulated by medical boards and physicians aren’t neglecting these newborns.”

However, the pro-abortion advocates and Democrats also lobbied against the bill because the decision should rest upon the mother and doctor, “including when fetuses have severe medical conditions that would either cause them not to survive birth or result in short, painful lives.”

So if the baby has a “severe medical condition” the baby should suffer and die? Doctors take an oath to care and not harm people.

The North Carolina Values Coalition stated that 25 children in other states survived abortion in 2017. That may seem like a small number, but every life matters. Even just one. North Carolina does not keep track of those who survive abortions.

The CDC has reports that show “more than 140 infant deaths involved induced terminations nationwide from 2003 to 2014,” yet none of them “specified what level of care those newborns received.”

I searched for “North Carolina infanticide laws.” I found one that “defines murder, voluntary manslaughter, involuntary manslaughter, assault inflicting serious bodily injury and assault of an unborn child” unless the baby dies in a miscarriage or abortion. I couldn’t find any others, but if someone comes across one, please let me know!

When does the right to life begin? I used to hold extreme pro-choice views, but science proved to me that life begins at conception.

Cooper paraded himself as a moderate Democrat in his run against Pat McCrory in 2016. If this is moderate, God help us if we get a hard-core leftist in NC. One more entry into the journal of “you can’t trust one thing the Democrat Party tells you.”

[“When does the right to life begin for Democrats?”]

The law says that Health-Care Practitioners must “Ensure that the child born alive is immediately transported and admitted to a hospital.” That may not make sense for a fetus that is before term or has a baby with a terminal condition.

All babies have a terminal condition. For some it takes 86 years to succumb . Once you become a “burden” on the state Zach you will be just as vulnerable in your brave New world. Who knows….being an inconvenience may move things along quicker as society treats its ills with the 100% cure.

alaskabob: All babies have a terminal condition. For some it takes 86 years to succumb .

Semantics is not a valid argument to a substantive point. The fact is that some babies will not survive long, such as a baby with a serious defect at 16 weeks gestation, and prolonging life through modern medicine may serve only to prolong suffering.

Which is what a trial for murder will establish. Was the doctor’s homicide justifiable?

SDN: Which is what a trial for murder will establish.

It doesn’t take a court trial to know that a fetus at 16 weeks is not viable. The bill requires hospitalization, even for non-viable fetuses. This is merely an attempt to make the process of obtaining an abortion more difficult.