According to authorities, “He harbored hatred for those who do not practice the Muslim faith.” 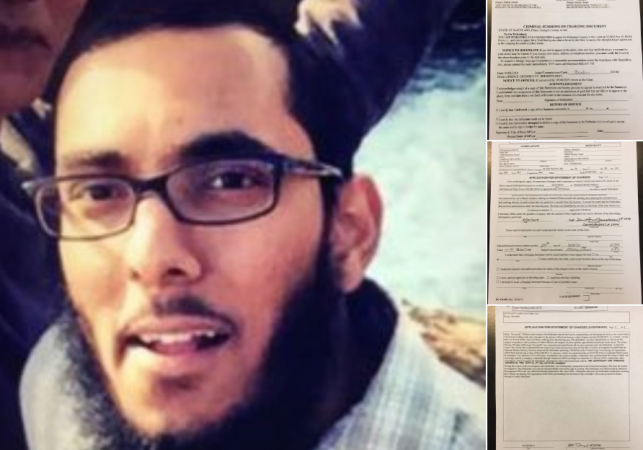 28-year-old Rondell Henry was charged for allegedly stealing a UHaul van with the intention of running over large groups of people in National Harbor, Maryland, based on the 2016 attacks in Nice, France.

BREAKING: Federal authorities have charged 28yo Rondell Henry of Germantown, Md., alleging he stole a UHaul van and planned to use it to run over a large group of people at National Harbor.

“He harbored hatred for those who do not practice the Muslim faith,” authorities say. pic.twitter.com/n9qScYnpqX

MORE: Here is a photo of that stolen U-Haul van…

Henry was allegedly inspired by videos he watched of foreign terrorists. Authorities say Henry was basing his plans on the 2016 walkway attack in Nice, France, which killed 80+ people.

No word if Henry is an American citizen. pic.twitter.com/kx6F1ByxMp

According to The Baltimore Sun:

Henry stole the U-Haul because “his four-door sedan ‘would not cause the catastrophic damage that he desired.'”

He initially wanted to attack at Dulles International Airport, but couldn’t get past security. It was then that he headed for National Harbor.

According to prosecutors, “But so early in the morning on a weekday, the defendant did not find the sizable crowd upon which he desired to inflict his radical conduct.” So, he broke into a boat and spent the might. It was only after he was observed leaping over a security fence was he detained.

“Acquaintances of Henry expressed surprise at the allegations.”

Henry was described “as a quiet, nice man.” “He would come to pray and leave.”