Ego much? Ocasio-Cortez video from the future shows how she helped save the planet

Ego much? Ocasio-Cortez video from the future shows how she helped save the planet

Obama just wanted to slow the rise of the oceans and heal the planet, AOC has much grander predictions for what she will accomplish 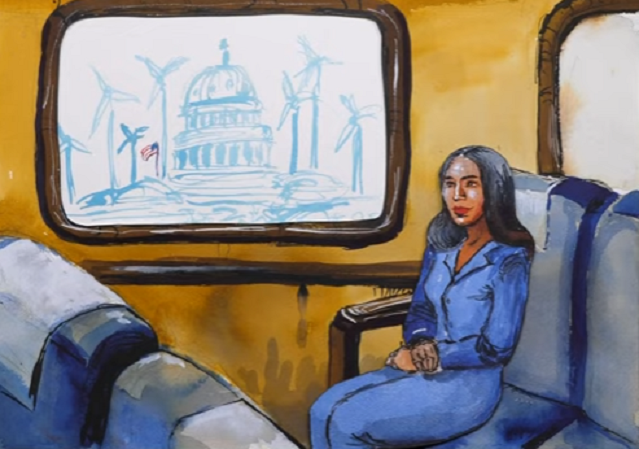 I’m so old that I remember when Obama was (perhaps rightly) declared a “malignant narcissist” following his claims that his nomination as the 2008 Democratic candidate for president was the moment when the “rise of the oceans began to slow” and the “planet began to heal.”

Obama is a humble traveler in sackcloth compared to freshman representative Alexandria Ocasio-Cortez (D-NY).  In a truly jaw-droppingly myopic celebration of herself, AOC released a video peddling her insane Green New Deal and placing herself as some sort of savior of mankind.  Obama just wanted to manage oceans and heal the planet, AOC has much grander plans.

Climate change is here + we’ve got a deadline: 12 years left to cut emissions in half.

A #GreenNewDeal is our plan for a world and a future worth fighting for.

How did we get here?
What is at stake?
And where are we going?

We’ve seen AOC’s inflated view of herself and of her perceived “power” when she declared that it didn’t matter if the American people objected to her flaky Green New Deal because she’s “the boss.”

What we may not have fully realized is that she is of the new breed of “true believers” for whom true belief doesn’t mean walking the talk; this generation of “true believers” eschews personal accountability in the name of the “greater good.”  So it’s okay for her to fly while advocating the abolition of planes (for the masses. Does anyone really think the “elite” will not fly in planes once the rest of us are grounded for our own good?).  And this is now okay. She’s special, so she gets special flying privileges.  The rest of us can take a train. Or something.

We see this double standard in her stunningly horrific video of a future America over which she imagines she presides in some way—it’s not clear how a nobody rep from an NYC district that, according to House Speaker Nancy Pelosi (D-CA), a progressive glass of water could win thinks she’s the future. But she so clearly does.

The future AOC foresees becomes almost laughable as she builds that future vision on climate alarmist lies.  She talks, for example, about the temperature of the planet rising five degrees, yet even the most devoted AGW-advocate scientists note that the rise in global temperatures is negligible for fifty to a hundred years.

While her climate change alarmism is disturbing enough, other elements of this video are worth noting.

Here we have “Medicare for all and a federal jobs guarantee” (what could go wrong?). 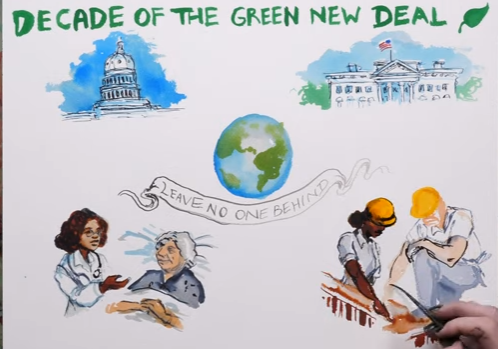 Here’s where American workers get to build stuff because the state needs stuff built.  Jobs, right? Everyone wants a job, and in AOC’s vision of America any old job for the state will do.

While AOC sits around being “the boss,” Americans can be joyful that their great skills and talents are put to work on her green new energy and infrastructure plans.  AOC wants “every building in America retrofitted,” so guess what, you happy worker bee, you get to do that! For a “living wage” and stuff!

Who cares if you have zero interest in or skills relevant to providing the work the state needs; the state needs retrofitting of every single building in America.  You will be made to not only care but to contribute. 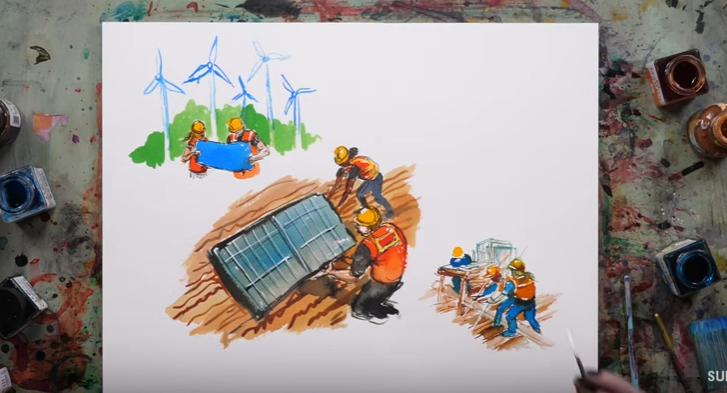 AOC’s self-inflating video goes on to lay out plans for a unionized “Americorp Climate,” whatever that is, and then discloses some sort of “universal childcare initiative.”  These initiatives are apparently intended to stoke maximum climate change alarmism and minimal interest in actual science.

To that end, AOC promises good pay and benefits to “low carbon jobs” like teaching, health care, and domestic workers. 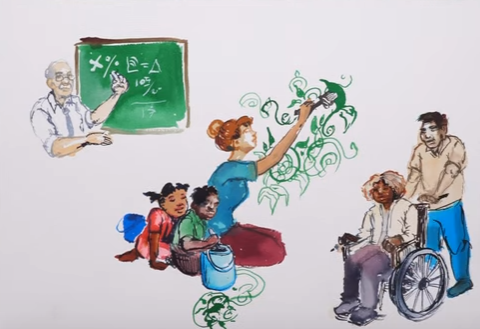 Ultimately, we’ve seen this climate alarmism before in Al Gore, and he was smart enough to make a mint with his heart-stopping, emotion-tugging 10-year predictions (none of which came to pass, of course).

AOC will be 41 in 12 years, so she’s going to be hammered as Gore never was after his 10-year doomsday predictions didn’t come true.  The difference?   He was a washed up former VP, failed presidential contender manbearpig, and AOC will be 41.  And looking for work as a bartender.

This video is like the low budget B movie sequel to Life of Julia, the original horror classic. Maybe AOC should have considered adult cinema instead.

It’s not “ego”. These people all think of themselves as cartoon superheroes. That’s what “save the Earth” means.

Reality is boring and doesn’t have emotional fulfillment for them, so they live their lives in a daydream where they are the hero that saved the Earth. Everything is free in this dream, but they are kept from it by cartoon supervillians.

Making up stories is the left’s core “philosophy”.

Apparently because we have 12 years to save the world, this video looks like it was produced by a 12-year-old (and narrated by an 8-year-old for 4-year-olds).

AOC is stupid and racist. There is not a single White male in the drawings.