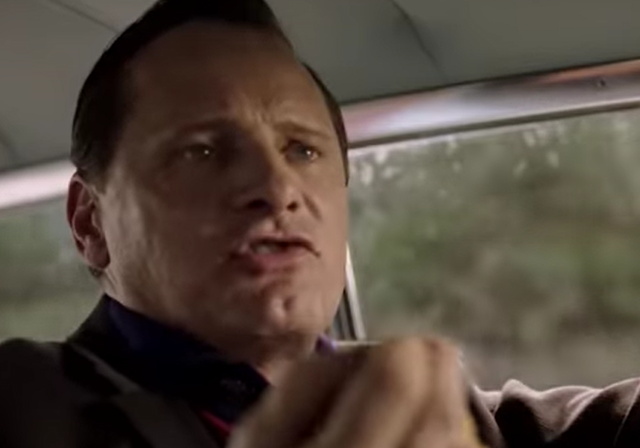 If you had asked me a week before the Oscars ceremony who was likely to walk away with the Best Picture award for 2018 film releases, I would’ve given you two answers: Black Panther or Blackkklansman. In the age of #OscarsSoWhite, where progressive politics rule over Hollywood like the Eye of Sauron, it seemed a safe bet to put money on the films that embrace that which the social justice left deems most valuable.

Thus came the surprise when, of all the films that talked about racial issues in 2018, the Best Picture Winner of 2019 turned out to be Green Book, a smaller film produced by a white director that the progressive left largely disregarded as retro.

They claim that it’s a movie that was supposed to make white people feel better about racism and push aside race issues as elements of the past. The favored, more intersectionally-minded movies instead embraced racial identity, pushing progressive themes about police brutality, gentrification, colonialism, and anti-capitalism to the forefront of discussion.

Remember how BLACKKKLANSMAN ends with, "oh yeah nothing has changed and we haven't learned anything?" And people were like, "that's really on the nose."

Of course GREEN BOOK was co-written by a racist Trump fan.

"Green Book" Won Best Picture at Oscars 2019 Because it Made White People Feel Good About Themselves https://t.co/GaSVagmtHd pic.twitter.com/EnnglTA3T0

It’s just worth considering that these same complaints wouldn’t be coming from these voices if a white-directed film like Vice or A Star is Born had won Best Picture. Green Book is getting under people’s skins because it’s a film about race made by a white director. It doesn’t matter that he consulted with multiple black filmmakers, worked closely with Mahershala Ali to develop his character or what his actual opinions on race are. Green Book is a being condemned across film twitter because its director has the wrong skin color and doesn’t double down on SJW-approved themes about race.

Green Book wasn’t the best movie of 2018, and personally, I don’t think it deserved to win best picture. My pick would’ve been for Orson Welles’ posthumous masterpiece The Other Side of the Wind, the recently released Never Look Away from the acclaimed director of The Lives of Others (the greatest anti-communist film of the past two decades), or Paul Schrader’s excellent late in life masterpiece First Reformed. Of the nominated films, I would say Roma was the strongest nominee and would’ve been my preferred pick. That said I’m enjoying the fact that Green Book won. Of all the recent films about race and racial issues to hit theaters in 2018 that I saw, Green Book was the one that I feel had the most positive message.

The social justice left has given up on the notion of colorblindness and trying to heal racial divides. It believes the only way forward is for white people to admit their complicity, defer to black progressive leaders, and step aside. The system they perpetuate is one of double standards that, in turn, perpetuates the notion that people aren’t deeper than their skin color.

Green Book isn’t perfect, but it’s a quietly sweet movie that embraces the notion that there is a colorblind future that can be fought for. It allows for the possibility that people can break cycles and improve.

#GreenBook was splendid. The mediocre #BlackkKlansman and "Green Book," explored "race relations," in '62 & '72, respectively. "Green" ends on a hopeful note about a lasting black-white friendship. "Klansman" ends with propaganda on how Trump is whipping up racism now.#Oscars

Like one of last year’s best movies, Won’t You Be My Neighbor, Green Book offers a path where the world can be allowed to improve. In a time of incredible tension and strife that’s a future worth fighting for. For that reason, I’m glad it won Best Picture.

I agree with sdharms, who really gives $0.02 about which movie won an Oscar etc.
Maybe Green Book is a great movie and maybe not. I don’t really care.
Hollywood can just go pound sand. Red Carpet, who is dressed to kill, who is dressed to look stupid, how many tears, is Bradley Cooper really in love with this Gaga broad, I’m sure their arms must be sore and tired from patting themselves on the back so much recently.
Who Cares!!!!!!!!!!!!!!!!!!!