Have the Democrats finally realized the Midwest matters? 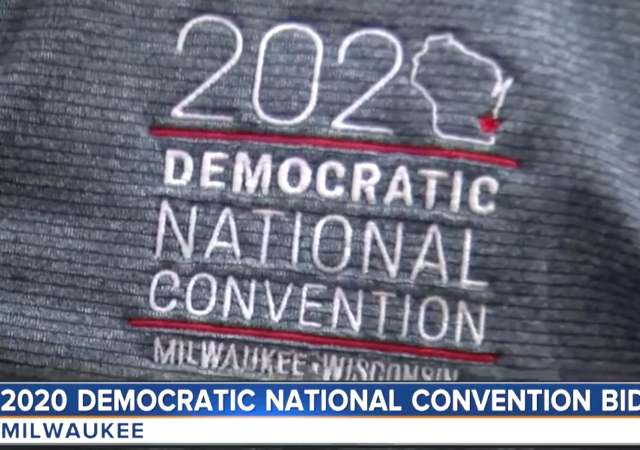 I guess the Democrats have learned something from failed Democrat presidential Hillary Clinton. Do not ignore Wisconsin!

The Democrat National Committee (DNC) finally decided on the city to host its 2020 convention: Milwaukee, WI.

The Milwaukee Journal Sentinel reported that a press conference will occur at 3PM CT. It will take place from July 13-16, 2020.

Hillary captured a lot of heat for ignoring Wisconsin during the 2016 election. From The Wall Street Journal:

Wisconsin holds special meaning for Democrats after the 2016 election. President Trump stunned Hillary Clinton in the state, which hadn’t voted for a Republican presidential candidate since 1984, and narrowly defeated Mrs. Clinton in the two other “Blue Wall” states of Pennsylvania and Michigan.

Following her defeat, party activists questioned Mrs. Clinton’s decision not to campaign in Wisconsin during the general election.

Recapturing those three states, and reconnecting with the blue-collar voters in the region who embraced the president, have been among the Democrats’ top challenges entering 2020.

Supporters of the site said holding the convention in Milwaukee would give the party a summertime megaphone to reach voters there.

Barnes added that Democrats choosing Milwaukee shows that the party is “ready to reinvest in the Midwest, that the Midwest matters again.”

In August, a coalition of Midwestern senators from Minnesota to Indiana to Ohio signed on to a letter to the DNC calling for a Milwaukee selection.

“Democrats have not held a convention in the Midwest since 1996, and a Milwaukee convention would send a strong message to the nation that winning America’s heartland is a priority in the 2020 election cycle and beyond,” the group of senators wrote. “Wisconsin is a state with a deep progressive and Democratic history. It is an ideal place for our party to showcase our values, priorities and agenda in our commitment to fight for everyday Americans.”

The brand new Fiserv Forum will hold the convention. The DNC also “took into account a number of logistical considerations, including hotel accommodations, security, transportation and fundraising.”

As of right now, almost 20 people have decided to run for the Democrat nomination for president, but who knows how many will be around for the convention.

Coming up on the 52nd anniversary of Chicago. Not that there’s any similarity between 1968 and 2020.

So they go one better and meet in Muslim’s newest caliphate.

I have two words…..Evers, Baldwin,

Have they ever paid off their debt from the Charlotte fiasco? It’s a wonder to me that anyone would host them without money or a bond up front.

Home turf with “John Doe” and anti-Walker attacks. Dearborn or Minneapolis would be likely choices also…starting every day’s sessions with a call to prayer…and approved.

Yep. They kicked God out last time, now they may well usher al lah in.
Frightening!

With the Democrat Party fracturing among the Left, the far-Left, and the looney-Left, against the backdrop of a city not under Rule of Law but under Rule of Convenience, and buttressed by the handiness of all those Madison activists – this convention could well outperform Chicago ’68.

Back to their roots:
https://www.wuwm.com/post/how-did-socialist-mayors-impact-milwaukee#stream/0

Let the pander-fest begin. The elitist Dumb-o-crat apparatchiks and their self-congratulatory and smug coastal supporters denigrate “flyover country” at every opportunity, but, when it comes time to round up some votes in an election year, they’ll put a plastic grin on their faces, wave an American flag, attempt to suppress their most odious and radical anti-America demagoguery, chug down a beer and pretend to be one of the peasant rabble.

This is all a charade of contrived theater, stagecraft and artifice.