Trump SOTU Address: “Tonight, we renew our resolve that America will NEVER be a socialist country”

Trump SOTU Address: “Tonight, we renew our resolve that America will NEVER be a socialist country”

“No issue better illustrates the divide between America’s working-class and America’s political class than illegal immigration. Wealthy politicians and donors push for open borders, while living their lives behind walls and gates and guards.” 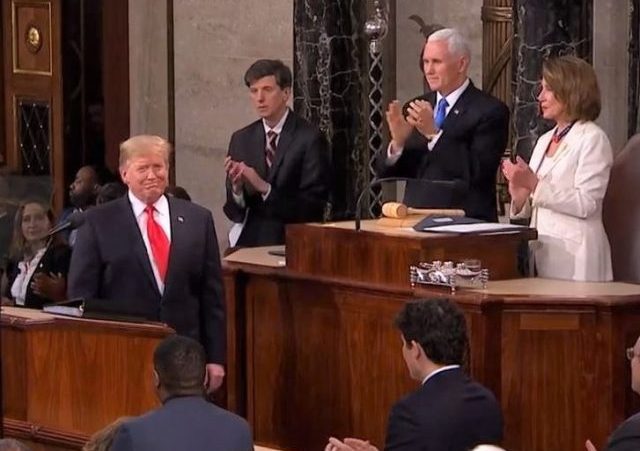 It was an excellent speech and performance. The content struck home on many fronts, and he rattled off all his accomplishments without the media distorted filter. This was the most effective inclusion of guests I’ve seen, including the Holocaust survivor and the American soldier who rescued him, seated side-by-side, was particularly emotional. All and all, as good as it gets.

No issue better illustrates the divide between America’s working-class and America’s political class than illegal immigration. Wealthy politicians and donors push for open borders, while living their lives behind walls and gates and guards.

Here, in the United States, we are alarmed by new calls to adopt socialism in our country.

America was founded on liberty and independence — not government coercion, domination and control.

We are BORN FREE, and we will STAY FREE.

Tonight, we renew our resolve that America will NEVER be a socialist country.

There could be no greater contrast to the beautiful image of a mother holding her infant child than the chilling displays our nation saw in recent days.

Lawmakers in New York cheered with delight upon the passage of legislation that would allow a baby to be ripped from the mother’s womb moments before birth.

These are living, feeling, beautiful, babies who will never get the chance to share their love and dreams with the world.

And then, we had the case of the Governor of Virginia where he stated he would execute a baby after birth.

To defend the dignity of every person, I am asking Congress to pass legislation to prohibit the late-term abortion of children who can feel pain in the mother’s womb. 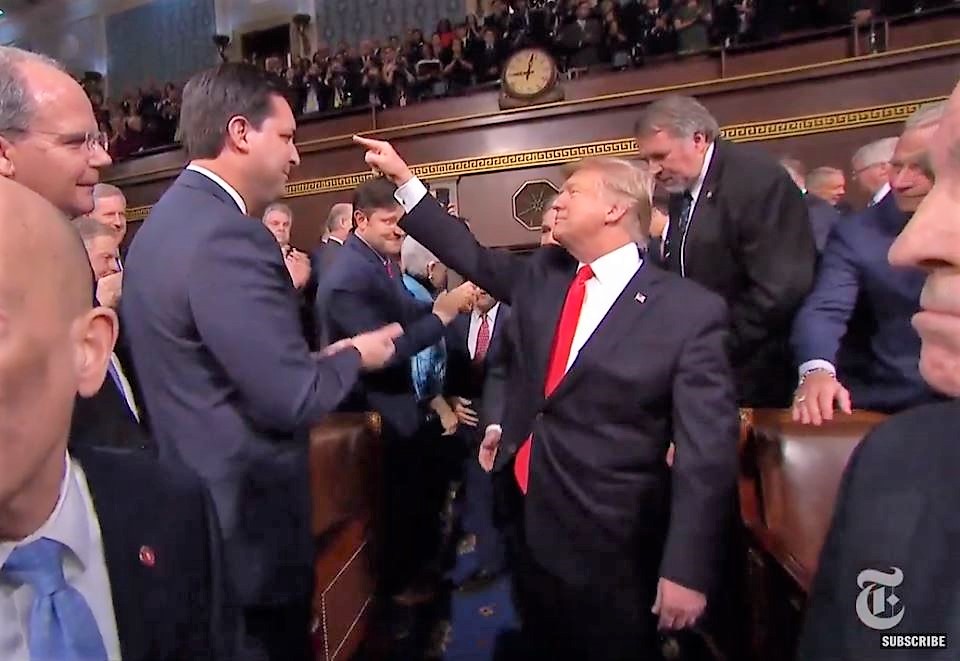 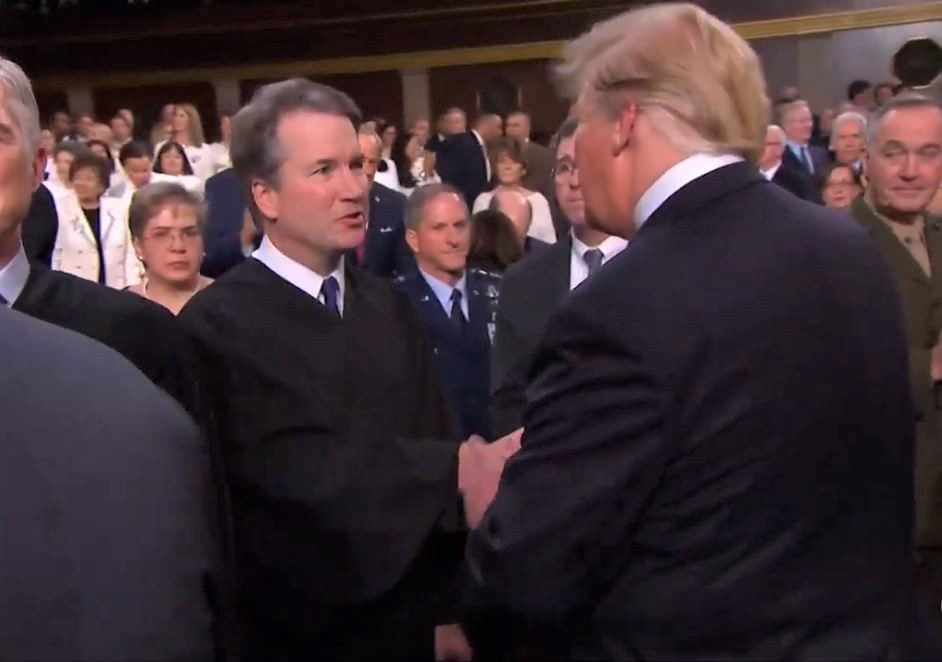 The White House has been somewhat closed chested about Trump’s speech (per usual for most administrations), but here’s what we know. From The Daily Caller:

President Donald Trump’s State of the Union address Tuesday night will review the apparent accomplishments of his past two years in office and include an appeal to Congress to act on issues of immigration, trade, infrastructure and prescription drug pricing, two sources briefed on the matter tell The Daily Caller.

Trump’s address will have a theme of “Choosing Greatness” and will also feature a prolonged review of the administration’s foreign policy achievements and vision, spanning North Korea, Venezuela, the Islamic Republican of Iran, the fight against the Islamic State, the U.S. presence in Syria and the future of the U.S. role in Afghanistan.

There will be several special guests in attendance, including a sixth-grade boy who’s been bullied for his last name.

One of the President’s #SOTU guests will be Joshua Trump who has been bullied because of his last name.

Pelosi looks like she swallowed a sour lemon almost the whole time. Like she is not hearing what she expected to hear, and she doesn’t like it!

Is that why she kept going back to that sheaf of papers (presumably a copy of Trump’s prepared text)?

“Wait, I didn’t see THAT line in there. Maybe it’s on this page. No…not this one either. That SOB is pulling a fast one on us again!”

1) Trump’s SotU was designed to go as long as possible, to push the Democrat response late. Speaker Pelosi looked more and more perturbed the longer the SotU went. There was a moment she picked the documents, the transcript of the speech, because the thought probably occurred to her “how much longer is there to this speech?”

2) Bernie’s sour look when Trump declared “America will never be a socialist country!” The point of that is to drive the Left nuts going into their primary season a year from now. Trump wants the Dems to nominate an extremist. Push them into another McGovern moment.

Give Trump credit for keeping the SOTU address in the house despite the Pelosi antics, where it has the greatest impact.

Didn’t watch it because I lost the willpower to watch these things in the previous century, but I like the highlights I read about.

Thank you Prof. Jacobson for doing the job this American will not do.

It was quite good, had a couple of funny moments, a couple of moving moments. “Happy Birthday” being sung to an 81 year old Holocaust survivor.

Watching Dems look around to see if they should clap was pathetic yet illuminating at the same time.

I’m sure you are not the only person who no longer watches these shows. The content will be raked over like windrows of hay being dried (even more actually).

I’ve made a point of watching the SOTUs and other major Presidential speeches since at least the first Bush administration. There is no other way to figure out what the hell the man said. Bits and pieces of argument over tiny clips just doesn’t do it for me, especially since the Washington Post and New York Times have expanded into outright lies in their reporting.

So, I am grateful for c-span and UTube and the kindness of strangers who post the links. This was a long one, covering a lot of territory, reminiscent of a Clinton SOTU. We have a lot on our plates.

The difference in guests between Republican and Democrat is like night and day!

On the left are a collection of don’t bars, racists and more racists. The kind of people you would let tour children be around without armed guards.