Senator Schumer confirmed Abrams had agreed to give the official anti-Trump response. 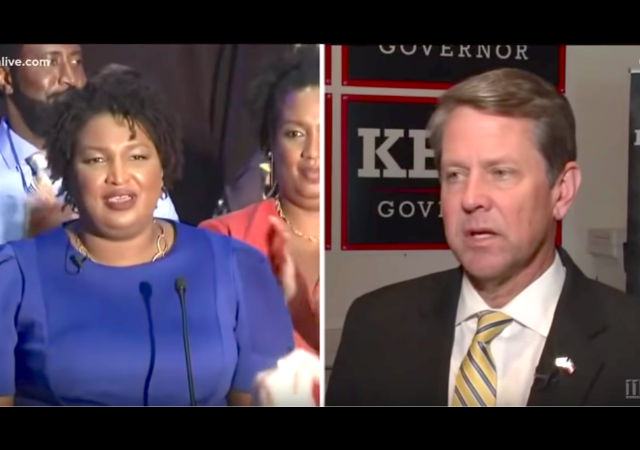 Democrats will trot out failed Georgia Gubernatorial Candidate Stacey Abrams to deliver their official State of the Union rebuttal.

Tuesday, Senator Schumer confirmed Abrams had agreed to give the official anti-Trump response.

Schumer confirms. “I was very delighted when she agreed.” https://t.co/WLuXgMlHqC

Abrams lost Georgia’s 2018 Gubernatorial election to Republican Brian Kemp. She then refused to concede, prattled on about voter suppression, suggested the election was stolen, and considered legal action demanding a re-do. So basically, she’s a perfect representation of the current Democrat party.

Hollywood Wants to Boycott Georgia Over Governor Race, But Abrams Pushes Back

Stacey Abrams May Sue for Do-Over in Georgia Governor Election

It’s possible that by giving the House to the Dems, where they can put their wares on full display, may have been the best political move over the past 40 years.

Well Chuck asking Stacy Abrams to give the Democrats response to TSOTU address is like asking a 2 year old to explain the theory of reality. The Democrats have sunk to a new low they are so desperate to regain power in all three branches of Government they are willing the jump on the Socialism train. No matter it is headed for a cliff they are desperate to have political power no matter what tom it comes in. Being from Georgia I am disgusted with the Demoncrats and will never vote for them as long as I have a modicum of intelligence and know the difference when someone has the interests of America in mind or their own power. Stacy Abrams is smart enough to convince her feeble minded followers what a great leader she would be. NO just the opposite she would be a pariah inside of and free enterprise government.