Lindsey Graham on Border Wall: “We’re not going to give in to this radical left, ever”

Lindsey Graham on Border Wall: “We’re not going to give in to this radical left, ever”

“I’m not gonna negotiate with someone who calls the border patrol agents a bunch of Nazis when they’re trying to defend the border against a mob.” 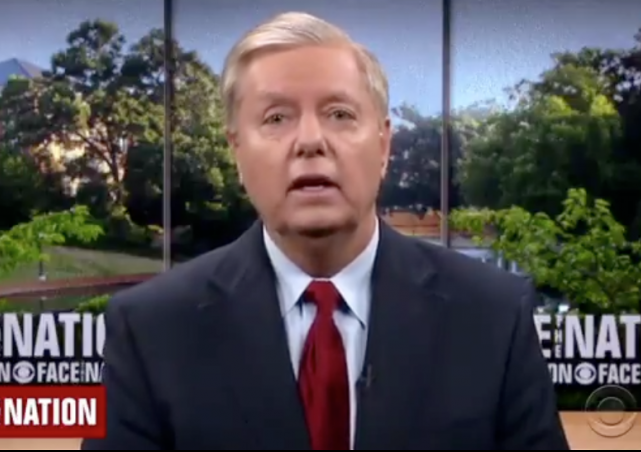 Sunday, Sen. Lindsey Graham joined Face the Nation where he minced no words about the border wall funding standoff.

“The president will compromise, but he will not capitulate,” Graham said.

When he was asked about re-opening the government for the benefit of the federal workers currently working unpaid, Graham said, “Why would you negotiate with somebody who calls you a racist if you want a wall, who gives you a dollar for a wall, when the Democratic Party supported $25 billion in the past? We’re not going to negotiate with people who see the world this way.”

“These caravans have changed everything. The reason you need $5 billion now and not $1.6 is the border is deteriorating in terms of security,” said Graham.

It seems both parties have decided this is THE hill to die on. Trump knows he has to have a wall to win re-election and the Democrats know he wins if they give it to him.

Who is the idiot giving all the thumbs down? Soros troll maybe?

The idiot giving thumbs down is likely sourpuss R-Rump, aka Rags, who is well known for his small mindedness, and for rabid, petty name calling.

I like the idea of having DOD go ahead in build the wall.

Mexico is making a killing from their illegals sending 70 billion plus dollars a year to their families who are still in Mexico.

It is way past time to make them pay for the wall and border security by taking at least 20% of that money.

Says Lindsey Grahamnesty of Gang of Eight infamy. Not that I’m complaining, but went to he grow a spine?

It’s encouraging to see Senator Graham continue to exhibit the cojones he grew during the Kavanaugh hearings, but stating he would negotiate with the unctuous, oleaginous sleazy, lying Dick Durban demonstrates he needs to grow a bigger pair.