“Distorting effect of the outdated Electoral College” or intentional mechanism to ensure Middle America has a voice? 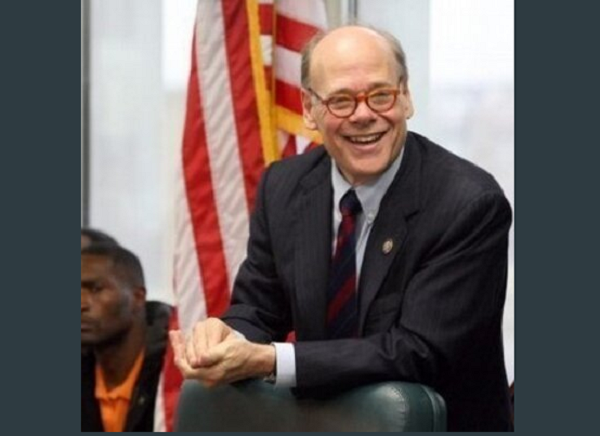 As the first week of the new Congressional session began, the new Democrat majority in the House of Representatives immediately got to work. As reported by Daily Wire, Representative Steve Cohen (D-TN) introduced a bill on Thursday to Congress to effectively eliminate the Electoral College.

Rep. Steve Cohen (D-TN) introduced two bills on Thursday, one to eliminate the electoral college and the other to prohibit presidents from pardoning themselves or their family members.

A press release from Cohen’s office stated that the “senior member of the House Judiciary Committee, introduced two Constitutional Amendments today on the opening day of the new Congress. The first would eliminate the Electoral College and provide for the direct election of the President and Vice President of the United States. The second would limit the presidential pardon power by prohibiting presidents from pardoning themselves, members of their families, members of their administrations and their campaign staff.”

“In two presidential elections since 2000, including the most recent one in which Hillary Clinton won 2.8 million more votes than her opponent, the winner of the popular vote did not win the election because of the distorting effect of the outdated Electoral College,” Cohen said. “Americans expect and deserve the winner of the popular vote to win office. More than a century ago, we amended our Constitution to provide for the direct election of U.S. Senators. It is past time to directly elect our President and Vice President.”

Democrats have been complaining for decades that the Electoral College needs to be abolished . . .  whenever a Republican president wins. The issue clearly came to a head with the election of Donald Trump in 2016 despite Hillary Clinton’s much ballyhooed popular vote victory. Naturally, this is nothing new as the issue has been floated since the 2000 Bush v. Gore election that Democrats still insist was stolen from them.

The call to abolish institutions and Constitutional Amendments for political convenience has become commonplace on the radical left. The establishment of hate speech laws that violate the First Amendment and repeated calls to abolish gun rights by undermining the Second Amendment are regular talking points of the contemporary left.

The only major such call on the right to abolish a standing Amendment is the infrequent call to abolish the Seventeenth Amendment that allows citizens to vote for Senators, but this effort reinforces, not undermines, the original Constitution.  America is, by its construction, a Constitutional Republic, not a direct democracy. The Founders intended for citizens to vote for Presidents, Representatives, and local government.  Changing the system to allow citizens to vote for Senators only served to make the Senate a hotbed of corruption and populism that undermined the intent for the two Houses.

The problem with these calls to abolish the Electoral College is that it’s ignorant of how the system works. The Electoral College was conceived as a means of evenly representing the interests of the electorate. Much to the chagrin of comedians like Adam Ruins Everything, it’s not a bad thing that Rhode Island and Montana are proportionally just as powerful as California. If they weren’t, there would be no incentive on the part of politicians to campaign anywhere but progressive bastions like New York and Los Angeles, and the entire nation would be forced to bend to the will of these relative anomalies.

The Founding Fathers could not have predicted that urban and rural areas would become synonymous with leftist and conservative values respectively, but the fact that they have isn’t surprising. In the current climate, much of the culture war tensions are between cosmopolitan libertinism and pastoral traditionalism, and the parties have become avatars for that struggle.

If the Electoral College were abolished it would give a massive advantage to urban progressivism and would essentially write the interests of rural America out of political discussion. The liberal retort might be that if it’s the desire of the majority electorate to do this than it should be embraced as the will of the people. This would be a far more powerful point if it wasn’t constantly being rattled by participants who just lost an election.

The United States isn’t a single country. We are a union of fifty different states with opposing interests and subcultures and trying to force them all under a singular will ultimately serves totalitarianism, i.e. today’s left. Not allowing the states to operate as separate entities places power directly in the hands of Washington DC to disabuse at its whim. The left already disregards the conservative working class in Middle America. Destroying the Electoral College would create a one party autocracy running on the same rules that drove Chicago and Detroit into the ground.

Thankfully this proposed amendment will more than likely flounder. There isn’t the required two-thirds support to pass the bill, and absent that, this bill is nothing more than sound and fury. It’s merely the unrepentant rage of a party that can’t abide its own failure and therefore signifies nothing.

Hillary Clinton’s hilarious memoir What Happened is evidence of this. Instead of looking inward and realizing the faults of the contemporary left, she’s pointed the finger at everything and everyone else including Russian collusion, fake news, racism, sexism, third party interference, and the lukewarm support of other Democrats who didn’t support their preferred candidate. Trying to break a foundational mechanism of our republic for ideological gain is little more than the screaming death rattle of a party of sore losers.

Funny, when you think if it, the Electoral College is the only college not corrupted (thanks, Crying Boehners) by the left.

Maybe it’s just me but I could almost swear there’s a pattern here!

The smaller states will never vote to make their votes count less.

Whatever. As long as these idiots are engage with crap like this, they won’t get around to the really dangerous stuff.

If the proposed amendment has a 50% run-off provision, I’m interested. Otherwise you risk having plurality winners, which is not the goal of a popular vote amendment.