Like a scene from the 1950s movie The Blob, Hezbollah terrorists run from the mass of liquid concrete emerging from tunnel entrances in Lebanese civilian areas. 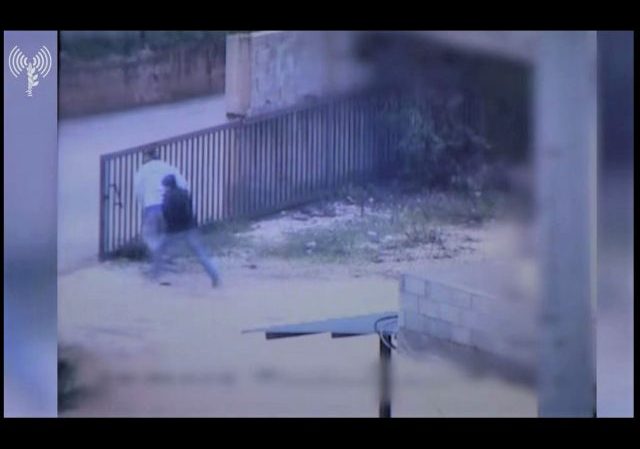 As part of the continuing battle to neutralize Hezbollah attack tunnels dug from southern Lebanon into northern Israel, the Israel Defense Forces has release a lot of interesting graphics, images and video.

Perhaps my favorite was That moment a Hezbollah terrorist comes face-to-face with an IDF camera in an attack tunnel:

Israel also has released images of two of the tunnels being blown up: 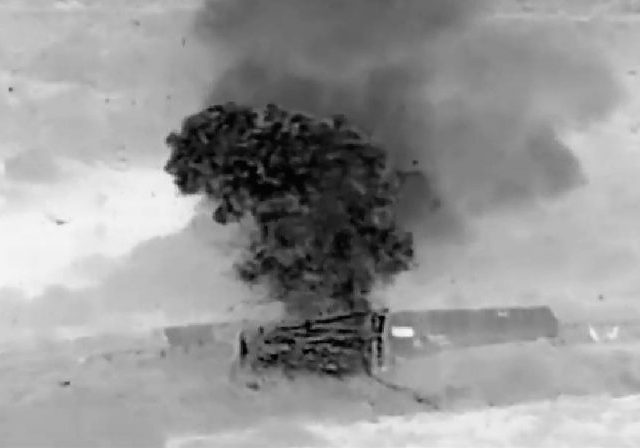 Here is our full list of Operation Northern Shield posts so far:

Video of tunnels being blown up is dramatic, but it destroys the evidence of the location of the source of the tunnel on the Lebanese side of the border.

So Israel came up with a solution. It began to pump large volumes of concrete slurry into the tunnels, and then waited to see where it came out on the other side.

Ynet News reports on the results:

The IDF flooded with cement and water the Hezbollah tunnels, which appear to have been dug from residential houses in Lebanese villages, as the Shi’ite terror group scrambles to salvage what’s left of their strategic assets.

The tunnels near the northern city of Metula were deliberately filled with large quantities of water and construction substances such as cement and bentonite, in order to not only eliminate the possibility of them being at least partially saved by Hezbollah, but to also cause flooding and expose the Lebanese villages from which the constructions originate….

After the tunnels were flooded, it became clear that tunnels excavated from the village of Kila—only two kilometres from Metula—had several openings which seemed to have been dug from inside residential homes.

The IDF Spokesperson Ronen Manelis warned Hezbollah that the IDF could fill the tunnels with substances much more hazardous than cement or water.

“We’ve warned the residents on the Lebanese side of the border that they endanger their lives by allowing for these tunnels to be dug from their homes.” 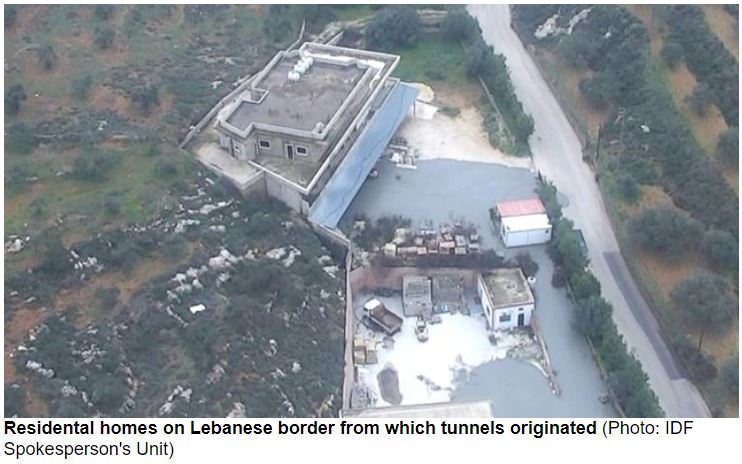 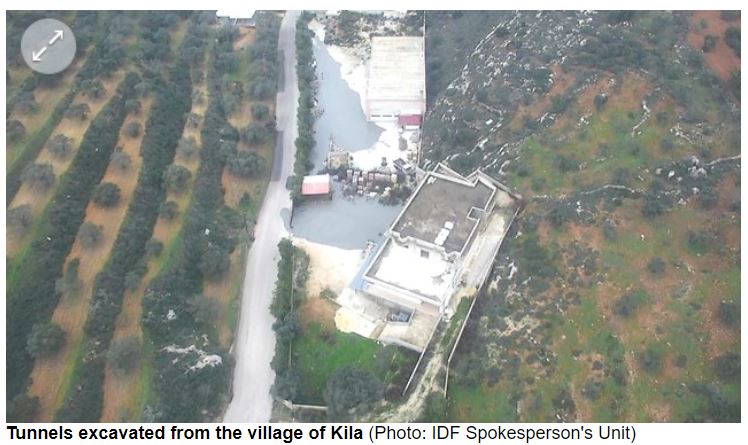 Twenty-three days after Israel launched Operation Northern Shield and uncovered the first tunnel dug by Hezbollah into northern Israel from southern Lebanon, the IDF has completed the destruction of a number of tunnels which infiltrated close to the community of Metulla.

According to IDF Spokesman Brig.-Gen. Ronen Manelis, the military destroyed the tunnels by filling them with material which would prevent the Shi’ite terrorist group from using them.

The material, he said, has come out of the tunnel in several places in the southern Lebanese village of Kfar Kila where the tunnel was dug from, including in a residential building next to the border fence which was used to make bricks.

“This fact indicates Hezbollah’s use of civilian structures in the heart of an urban area in southern Lebanon, in flagrant violation of Resolution 1701 and endangering its citizens by using them as human shields,” the military said in a statement.

“It is clear that this factory belongs to Hezbollah and was used to build tunnels,” Manelis said, adding that there were other locations in Kfar Kila which were connected to tunnels and therefore the IDF saw material come out in several locations, including into residential homes.

This video shows the concrete slurry and the reaction from Hezbollah terrorists, who scramble to avoid the liquid like a scene from the 1950’s movie The Blob:

The terrorists then attempt to scoop up the slurry with machinery, but to no avail. 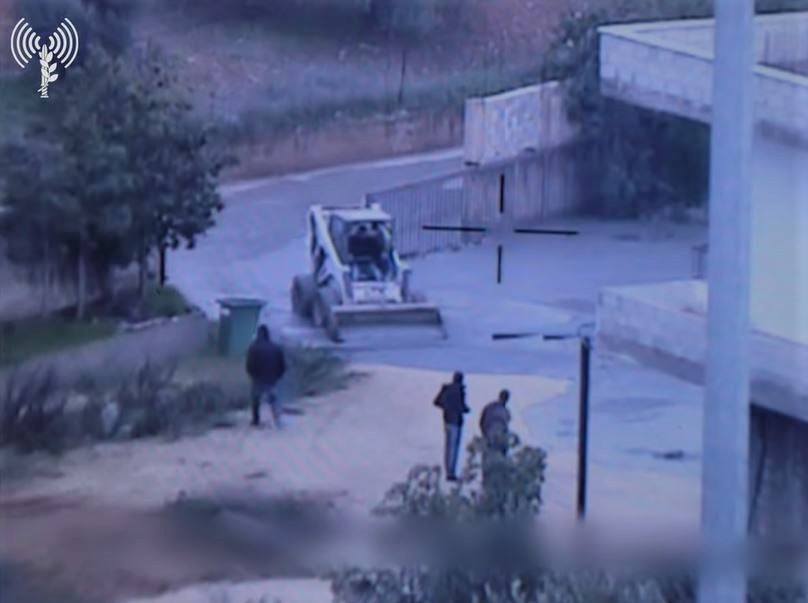 In case you missed it, the IDF also posted the videos on Twitter:

WATCH: We neutralized this attack tunnel dug from Lebanon into Israel by Hezbollah and poured cement into the openings on the Israeli side. The cement spilled out of the opening on the Lebanese side – revealing it was dug between homes and a factory. pic.twitter.com/KKXGIsqxW3

For those who don’t get The Blob reference, here’s the trailer:

Wonder where they found a front end loader so quick?

It was a tunnel digging operation after all, so there is most likely a lot of equipment around. I bet that truck of dirt dumped to keep the concrete off the road was once somewhere down in what is (or was) the tunnel.

It’s a shame that it wasn’t explosive concrete…..

Nobody poked it with a stick? Disappointed :/