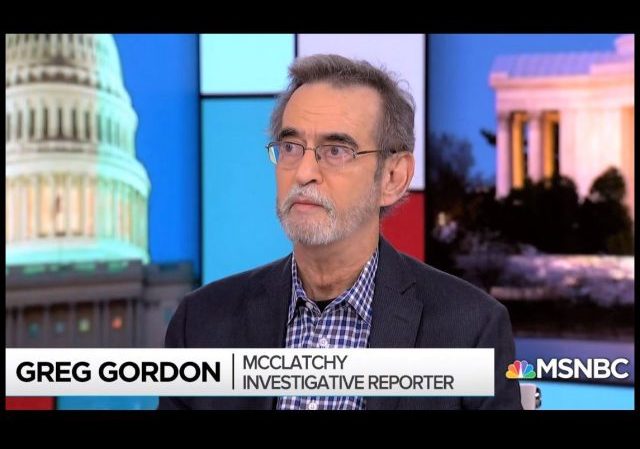 Since the 2016 primaries, the mainstream media has been in a “scoop fever” to be the first to break news damaging to Donald Trump.

That obsession with scoops is evident on Twitter, where Journalist Twitter makes sure to let other Journalists know when they have a SCOOP.

This scoop-obsession has led to a lot of embarrassing missteps and faulty reporting, and it appears to be what drove McClatchy to run with a story recently that is being met with great skepticism even from other journalists.

I wrote about the McClatchy story in More “Russia Collusion” Media PSYOPs – McClatchy cell-phone ping report on Michael Cohen in Prague. The reporting claimed that Michael Cohen’s cell phone pinged a tower near Prague in the summer of 2016. If true, that might lend some support to the claim in the infamous Steele Dossier that Cohen attended a meeting in Prague at which collusion between the Trump campaign and the Russians was discussed.

But the McClatchy story was not based on the personal knowledge of McClatchy’s unnamed sources. I wrote:

I don’t know if Cohen was in Prague, and neither does the media or anyone on social media. Some day the truth or falsity of the accusation will be proven or disproven based on actual first-hand reliable evidence. But that evidence has not been made public, and may not exist.

Yet that has not stopped repeated leaks, primarily through McClatchy, asserting based on unnamed sources that there is evidence that Cohen was in Prague in the summer of 2016.

Let’s focus on that lead-in: “four people with knowledge of the matter say.” As you read down through the article, it’s clear that is at best a misleading statement. The four people in question have no personal knowledge (emphasis added): 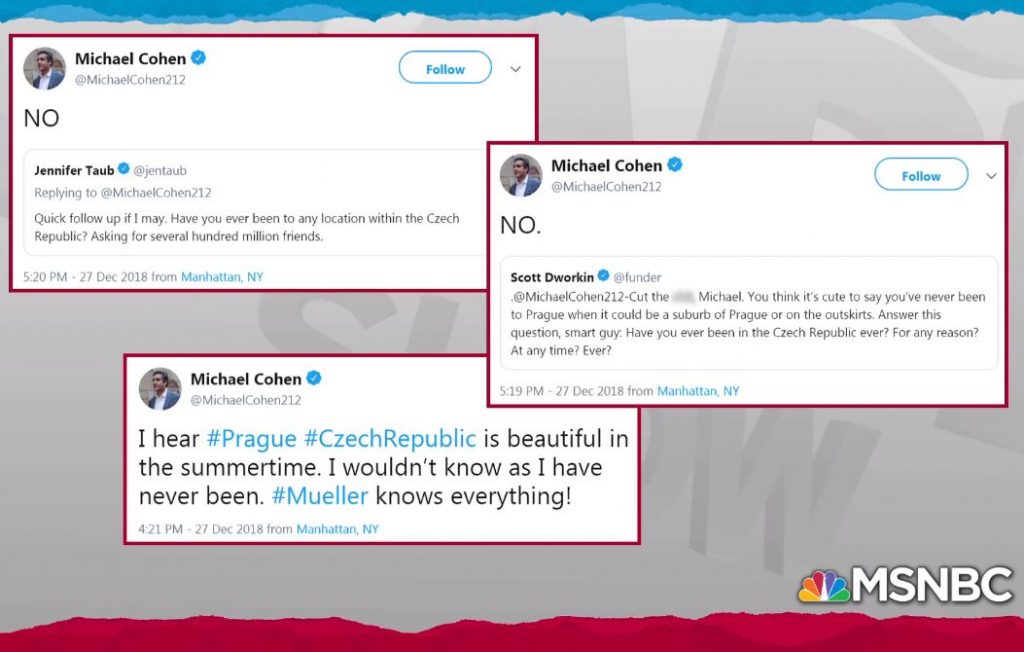 Others have picked up on this problem as well. Chuck Ross at The Daily Caller writes about an interview that one of the McClatchy reporters, Greg Gordon, on the Maddow Show, with Joy Reid guest hosting.

The reporters who broke a potentially bombshell story claiming evidence that Michael Cohen visited Prague during the 2016 presidential campaign did not see for themselves some of the underlying intelligence cited in their report, one of the journalists who wrote the story revealed Thursday.

In an interview on MSNBC, Greg Gordon said that he and his McClatchy colleague, Peter Stone, did not physically see cell tower records and intelligence intercepts that they claim placed Cohen in Prague in summer 2016.

Gordon also suggested that the four anonymous sources he and Stone cite in their article also did not see the intelligence for themselves, meaning that the report is based on third-hand information.

“Is there anything that you were able to physically see for yourselves?” MSNBC host Joy Reid asked Gordon.

“I wish we had. We held out for a while for that, and it came a time when we thought we had a critical mass. It is a competitive business,” Gordon said.

When asked if he has seen the intercepts, Gordon responded, “No.”

He said that his sources were told that the intercepts exist.

Here is the clip posted by Ross. I encourage you to watch the whole segment at the MSNBC website. Reid did an excellent job even before this part throwing cold water on the McClatchy reporting:

What jumped out at me from the interview was at the very end (emphasis mine):

Reid: “Is there anything that you were able to physically see for yourselves?”

Gordon: “I wish we had. We held out for a while for that, and it came a time when we thought we had a critical mass. It is a competitive business.”

This is what happens when scoop fever pressures reporters and editors to rush out stories because it’s “a competitive business.” Competitive for what? Clicks and links?

Why isn’t there more pressure to have documentable, verifiable information?

It may turn out that McClatchy’s unnamed sources’ unnamed sources are eventually shown to be right. But if that’s the case, then McClatchy will not have vindicated scoop journalism and will be like the proverbial broken clock that is right twice a day.

Yes, it’s a ‘competitive business’ for parasites like this guy to lick the feet of their leftist handlers to get the kind of attention he’s getting now.

Fake news, democrat propaganda – call it what you want, but call it.

@daniel
They have nowhere near that much self awareness. They are heroes in their own minds, zeros if ever forced outside their little bubble.

Everybody who has read any of the testimony to Congress already knows McClatchy is a left wing leak/propaganda site that creates anti-Trump/GOP/Judeo-Christian stories fed to it by GPS Fusion. This is but another example.

“It is a competitive business” is the same excuse as “We don’t have to bother to check our stories because it slows us down”.