After her suspension by out-going Governor Rick Scott, Snipes rescinds her resignation and vows to fight to stay in position 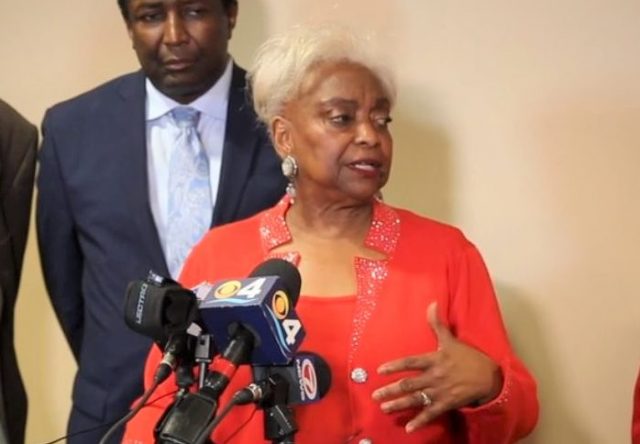 I’m so old, I remember when Brenda Snipes, the controversial and disgraced Broward County Supervisor of Elections resigned after a firestorm of controversy over her handling of ballot counting in the 2018 midterms.

The resignation was effective January 4, 2019, the day after Republican Rick Scott’s term as Governor was to end and he was to move on to the U.S. Senate, having defeated Bill Nelson.

“Every eligible voter in Florida deserves their vote to be counted and should have confidence in Florida’s elections process. After a series of inexcusable actions, it’s clear that there needs to be an immediate change in Broward County and taxpayers should no longer be burdened by paying a salary for a Supervisor of Elections who has already announced resignation. I know that Pete will be solely focused on running free and fair elections, will not be running for election and will bring order and integrity back to this office.”

Snipes now says she’s rescinding her resignation and will fight the suspension. The Sun-Sentinel reports:

Broward Supervisor of Elections Dr. Brenda Snipes announced Saturday she will fight her suspension by the governor, and rescinded her letter of resignation that preceded it.

The elections office attorney, Burnadette Norris Weeks, said the governor is holding her to a different standard than other elections offices in Florida, “as if there can never be a mistake made.”

In a room filled with black pastors, elected officials, community leaders and her fellow “Deltas” sorority sisters in their trademark red clothing, Snipes thanked her supporters.

The suspension could cause Snipes to lose her pension from 15 years in the office, the announcement for the press conference suggested. But Norris Weeks said Snipes was unable to get answers to her questions about the pension Friday.

She said Broward voters “should be very concerned about our democracy,” after a Republican governor removed a Democratic elections supervisor in a heavily Democratic county.

“We will be fighting this,” said Burnadette Norris-Weeks, Snipes’ contracted attorney, during a press conference Saturday. “In additional to that, Dr. Snipes hereby rescinds her resignation which would have been effective on the fourth of January. She rescinds that resignation as we go forward and fight these…allegations that are frivolous.”

This is all much ado about nothing.

Snipes resigns, effective in approximately 6 weeks. Fine. She does it in such a way that the current Governor can not appoint her successor. This is nothing more than a thumb in the eye of Scott. So Scott goes ahead and suspends her for gross misconduct and appoints a successor. This is within his power as Governor. Now, as Snipes actually has little or nothing to do, as Supervisor of Elections, for the next year, having her in office until January 4, 2019, serves no real purpose, for Snipes or Broward County. But, with her suspension, for cause, legal questions arise surrounding her pension from her time as SOE. And, that is the sole reason for her recent action to rescind her retirement.

A mere suspension from her office should only delay the start of her pension benefits, accrued as the SOE, under Florida law. A conviction for a felony or for some restricted practices such as dishonesty in office, or her official duties, is required to deny or rescind a pension. Even though it would be relatively simple to prove a case of nonfeasance or even misfeasance, which would satisfy the requirements to suspend and possibly remove her from office, it is not clear that the State would file such charges or actively pursue them. Politically, it is more likely that any investigation would have been dropped upon the effective date of her retirement.

So, look for more posturing from the parties involved here. But, none of it will be of any significant import, as political considerations will seek to maintain the status quo.