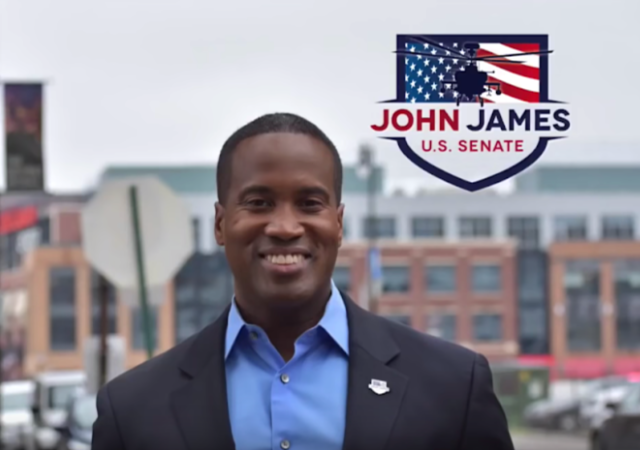 This is the professional voicemail she left before her rant:

In the audio of Battel’s voicemail, first obtained by The Daily Caller News Foundation, Battel could be heard saying: “Hi, my name is Brenda Battel, I’m a reporter with the Huron Daily Tribune in Bad Axe, Michigan.”

“I’m looking to set up an appointment with Mr. James for some time on Wednesday for a phone interview regarding the election results,” Battel continued. “I’m probably going to send an email over to the [email protected] with some details. Um, if you’d like to call me back, my number is … extension … Thank you.”

She tried to hang up, but the phone did not disconnect.

The Huron Daily Tribune fired Battel and left this statement:

“I have listened to the voicemail left by Brenda Battel to Mr. James’ campaign, and find no reason to defend this behavior,” said Kate Hessling, editor of the Huron Daily Tribune. “Brenda Battel’s employment has been immediately terminated.

“The Huron Daily Tribune sincerely apologizes to Mr. James and to the public. These statements do not represent the views of the Tribune as a whole, nor do they reflect the actions of a responsible journalist.”

This is what James’s campaign manager said about the incident:

“It shows you that some media will do anything to keep the status quo and career politicians in power,” campaign manager Tori Sachs said Monday. “The liberal media can’t stand the idea of a job creator and combat veteran coming to Washington to shake up the system. This happened as we closed in within the margin of error.”

Stabenow has served as senator since 2001. James’s chances of unseating her have been low, but he has gained on her these past few weeks. Fox News reported that Stabenow led James by 23 points in September in an EPIC-MRA POLL.

In October, that lead shrunk to only 7 points.

RealClearPolitics has Stabenow with an 8.3% lead. A Mitchell Research Communications poll from Monday showed 49% of the respondents preferred Stabenow while 46% chose James.

Sachs is confident in James and other polls back up that confidence:

The latest Change Research poll claims Stabenow is leading the race by mere 2 points and is losing support among Independents.

Man, what a night if both Stabenow and McCaskill bite the dust.

Voted today for John James (and all the other republicans) and got my son out to vote for the first time. Now time will tell if he can pull it out.

I want a John James yard sign for my barn wall.

Ooh!! Wife just ordered one for me. Probabley would have helped if she did it last week.

Brenda was stupid. She got caught. Her “apology” showed remorse for getting caught, not for thinking what she thought and saying what she said.