And also accused domestic abuser, to be chief law enforcement officer in Minnesota. 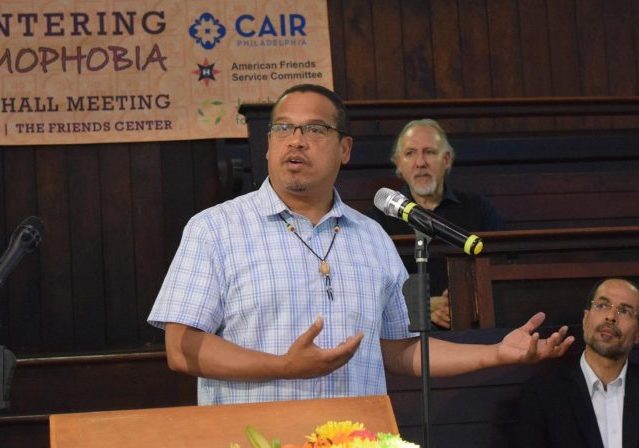 In October, it looked like Keith Ellison might lose his race for Minnesota Attorney General, even though he was the favorite.

I discussed Ellison’s troubling and continued relationship with Louis Farrakhan, and the accusations by a former girlfriend of domestic abuse,  in my post, Is political end finally here for former Farrakhan activist Keith Ellison? Down 7 points in Minnesota AG race.

The domestic abuse accusations were contested, but there was no contesting Ellison’s close association with the Nation of Islam in the 1990s, and more recently.

In February 2018, I wrote about Keith Ellison’s Farrakhan addiction:

Minnesota Congressman Keith Ellison is a darling of the progressive movement, which pushed hard for him to be Chair of the Democratic National Committee. But Ellison had to settle for Vice Chair.

An issue that has dogged Ellison his entire political career was his relationship to Louis Farrakhan and the Nation of Islam for a decade or more ending in the late 1990s.

Ellison once wrote under the names Keith Hakim, Keith X Ellison and Keith Ellison-Muhammad, and supported and defended the Nation of Islam even as Farrakhan was excoriated in mainstream politics for his anti-Semitism and anti-white racism.

When Ellison ran for Congress in 2006, he disavowed Farrakhan, and downplayed his own role in the Nation of Islam. The Power Line Keith Ellison Archive is a must read. Keith Ellison for Dummies, in particular, has the timeline of Ellison’s career with documents, and his strategic 2006 apology to the Jewish community.

We covered Ellison’s prevarications on Farrakhan in numerous posts:

But even in all those posts, we just assumed Ellison gave up his Farrakhan addiction sometime in the late 1990s, and the rest of his political career was running from that history.

But Jeryl Bier writes at The Wall Street Journal that in 2013 and 2016 Ellison met with Farrakhan, Keith Ellison, Louis Farrakhan and Iran… 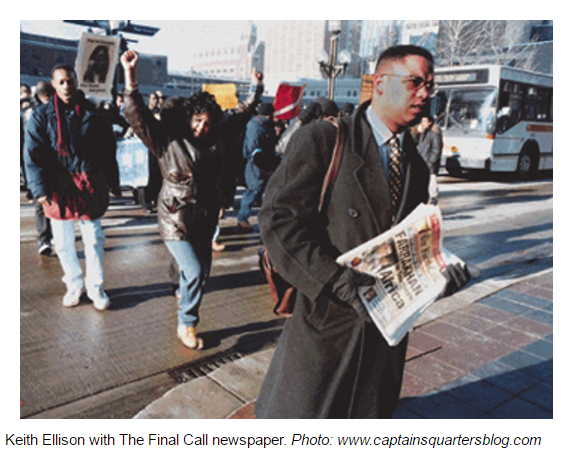 Ellison also has become the go-to congressman for anti-Israel groups, as we covered in these posts:

Democratic U.S. Rep. Keith Ellison will be Minnesota’s next attorney general, defeating Republican Doug Wardlow after a bitter campaign marked by allegations of domestic abuse and an intense spotlight on both candidates’ pasts.

Ellison helped deliver the DFL Party a sweep of the statewide elected offices and was met by a raucous room of supporters chanting his name at the party’s election night celebration in St. Paul. Ellison acknowledged the difficulty of the race but said his campaign persevered thanks to his supporters….

Ellison has a long history of progressive community activism and spent two terms in the Legislature before being elected to Congress. While running for attorney general, he again came under attack for his past association with Louis Farrakhan, the anti-Semitic leader of the Nation of Islam, and for representing the leader of a Minneapolis gang linked to the 1992 slaying of a local officer. Ellison also spoke out in 2000 in support of two women who either killed or attempted to murder police officers.

The DFL Party has stuck behind Ellison since after his primary win, but the investigation it ordered to look into Monahan’s allegation that Ellison tried to drag her off a bed during a 2016 argument failed to produce the clear answers that many sought.

apostle, more like. He was an apostle of Farrakhan’s. For years.

Yet, according to the enemy-of-the-people-media, we on the Right are the “racists”.

Get used to it! I live in GA and grew up in FL and I simply cannot understand how my two states have just ALMOST elected two anti-Americans Communist. They both are incompetent hoaxes but they came within one percentage point of both getting elected. Look at the looney toon in NYC. In every interview that I have seen of her, she simply cannot answer the most basic questions about her own policies. NJ just re-elected a child molesting conman and now MN has elected a woman beater! Don’t you get it? The sane normal people are slowly being replaced with mind-numbed social media addicts that believe what they read and have zero reasoning power.