CNN promoted Acosta’s antics for ratings, and other media were largely silent. Now the press as a whole may pay the legal price if Trump prevails in the court battle over Acosta’s press pass. 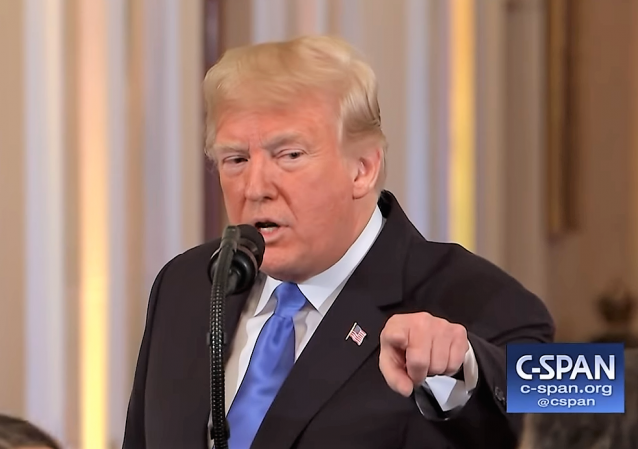 “Bad facts make bad law” is a common saying. What that means is that bad facts in a specific case can create legal precedent that is damaging to others, not just the bad actor in the case.

Nowhere is that more clear than in the pending motion by Jim Acosta and CNN, publicly supported by over a dozen major media outlets, requesting a Temporary Restraining Order and Preliminary Injunction forcing the White House to restore Acosta’s press “hard pass.” The court is scheduled to rule Friday, November 16, at 10 a.m.

For background, including discussion of the fact, law and hearing argument, see these prior posts:

The hard pass, according to Acosta’s Complaint, would “allow him regular and unescorted access to the White House and White House briefings.” That is a privileged status compared to other journalists, usually with smaller publications, who have to apply for day passes or wait in line.

The government further argues that on the facts here, it was well within its discretion since Acosta disrupted a press conference by refusing to yield the floor and the microphone. Acosta also physically prevented an intern from taking back the microphone, as demonstrated clearly by video, but the government lawyers apparently argued that their case did not depend on the physical interaction between Acosta and the intern. (That non-position by the government was a mistake, in my view.) 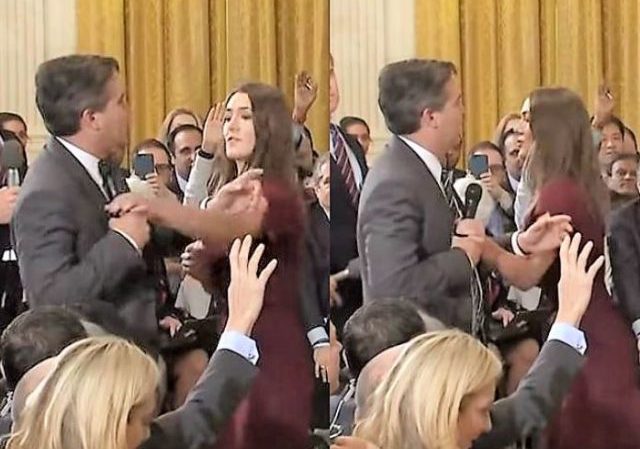 Prior to this case, there was not a lot of law on the subject of White House power to exclude individual reporters.

The one case seemingly on point and relied upon by Acosta and CNN, Sherrill v. Knight, 69 F.2d 124 (D.C. Cir. 1977), is distinguishable because it involved a reporter from the far left-wing Nation magazine who the White House granted a press pass, but who was denied by the Secret Service based on security considerations. The Secret Service would not reveal to the reporter why he had not passed the security screening, and there was no process for him to contest it. The court did not order that the reporter have access, but did require that there be a due process for such denials. Thus, the Sherrill case did not involve a reporter who the White House did not want admitted onto the property.

In the absence of clear law, the president and press have established certain norms of conduct. The White House gets to decide who gets hard passes, but usually gives such passes to numerous reporters for each of the major networks and newspapers without singling people out for denial.

A reciprocal norm is that reporters who get hard passes, while they may ask difficult and contentious questions, do not abuse the privileged access status of hard passes by disrupting press conferences or other events.

Acosta has pushed these norms to the extreme ever since Trump took office. He is a showboater who makes everything about him. He shouts questions in very dramatic fashion. He offers commentary and criticism, as if he were a political opponent and the press conference were a debate.

Acosta’s conduct prior to November 7 was the subject of much criticism from Trump and Sarah Sanders, among others, but he never lost his “hard pass” before. All the while, CNN promoted Acosta’s antics for ratings and clicks, and other media were largely silent as they witnessed his aggressive self-aggrandizing performances during press conferences and press briefings.

On November 7, however, Acosta crossed a line by refusing to yield the floor and give back the microphone despite Trump demanding he do so. It was only then, after Acosta tried to hijack the press conference and physically refused to yield the microphone, that the White House revoked his “hard pass.”

If Trump prevails, it will have implications far beyond Jim Acosta and CNN. It would establish presidential legal authority in an area that pre-Acosta was left mostly to norms of behavior. By contrast, if Trump loses, he may have to allow Acosta into press events, but he doesn’t have to call on him. So the stakes are very high for the press, and relatively low for Trump.

Acosta’s media enablers at CNN and elsewhere created this situation, and they will have to live with the legal consequences.

Judge Timothy Kelly was appointed by President Trump and then confirmed Sept. 5 2017. He presided in English v. Trump, and ruled for the President. Glad to see that.

The special role of “the press” is no longer appropriate. We all have a press, an internet connection. There’s no reason Jim Acosta should have more free speech rights within the White House than I do, and no reason his questions are any better than mine — in fact obviously they’re worse.

The First Amendment recognizes “freedom of speech” and “freedom of the press” but the latter should simply be subsumed now as freedom of speech. The WH does not have to hold press briefings. If it chooses to do so, it should be much more diverse in who it invites in. Draw names at random from some large list, or WH visitors / tourists of the day, for example.

There is no reason at all the WH or the public should be burdened with Jim Acosta day after day.

This ruling was based on Acosta’s personal free speech rights, not freedom of the press.

Jim Acosta is at work while disrupting these press briefings. He should have the same free speech rights in that context that I do when I am at my employer’s office.

None. He has no personal free speech rights at that moment, other than what CNN permits him to have and what the White House permits in their building.