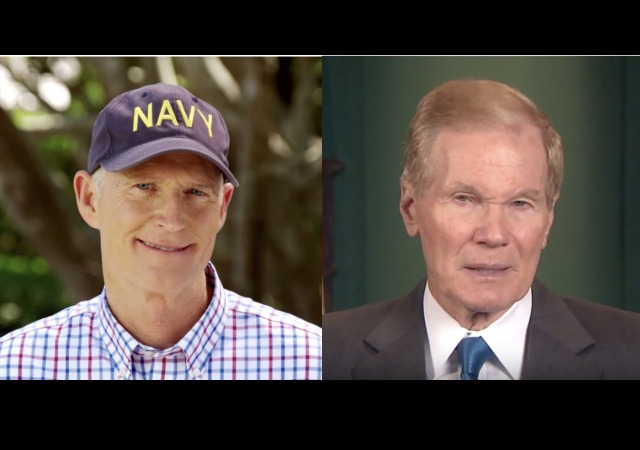 Democrat incumbent Bill Nelson’s campaign team announced that the race between him and Governor Rick Scott will go to a recount. From Politico:

Of the 8.1 million votes cast, Scott leads by just 34,537 votes, which is less than one-half point, the threshold for a state-mandated recount.

“We are proceeding to a recount,” Nelson said Wednesday in a statement.

The three-term Democratic senator released a statement at 1 a.m. Wednesday morning announcing that he was disappointed in the election night results.

Now, all of Florida’s 67 counties need to recheck tally totals. The deadline for the process is noon on Nov. 10.

Me thinks hanging chads, dimpled chads and pregnant chads will be the talk of the news cycle for the next couple weeks.

Bill Nelson has always reminded me of that crazy uncle that no one wants to admit is part of the family.

Any bets on 50,000 uncounted absentee ballots being magically found in a Broward storeroom?