“What if we write a paper saying we should train men like we do dogs – to prevent rape culture?” 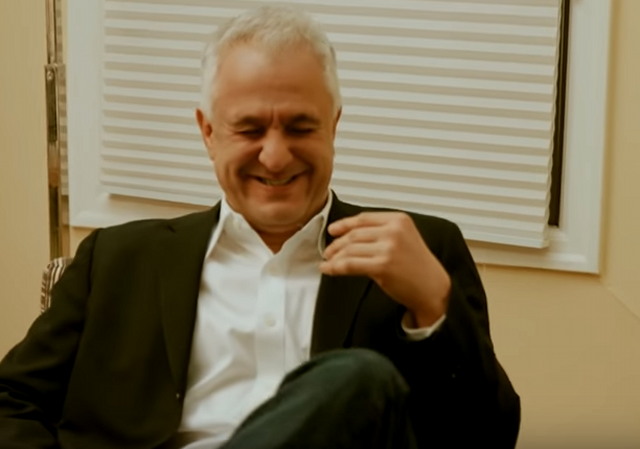 This story is in one sense hilarious, yet horrifying at the same time. Three highly credentialed academics named Helen Pluckrose, James A. Lindsay, and Peter Boghossian set out to write absurd papers focused in areas like gender studies, women’s studies, and the like.

They submitted the papers to respected peer review journals and watched in astonishment as many of them were accepted and published.

They published their first-hand account of what happened in Areo Magazine:

Academic Grievance Studies and the Corruption of Scholarship

Something has gone wrong in the university—especially in certain fields within the humanities. Scholarship based less upon finding truth and more upon attending to social grievances has become firmly established, if not fully dominant, within these fields, and their scholars increasingly bully students, administrators, and other departments into adhering to their worldview. This worldview is not scientific, and it is not rigorous. For many, this problem has been growing increasingly obvious, but strong evidence has been lacking. For this reason, the three of us just spent a year working inside the scholarship we see as an intrinsic part of this problem.

We spent that time writing academic papers and publishing them in respected peer-reviewed journals associated with fields of scholarship loosely known as “cultural studies” or “identity studies” (for example, gender studies) or “critical theory” because it is rooted in that postmodern brand of “theory” which arose in the late sixties. As a result of this work, we have come to call these fields “grievance studies” in shorthand because of their common goal of problematizing aspects of culture in minute detail in order to attempt diagnoses of power imbalances and oppression rooted in identity.

We undertook this project to study, understand, and expose the reality of grievance studies, which is corrupting academic research. Because open, good-faith conversation around topics of identity such as gender, race, and sexuality (and the scholarship that works with them) is nearly impossible, our aim has been to reboot these conversations. We hope this will give people—especially those who believe in liberalism, progress, modernity, open inquiry, and social justice—a clear reason to look at the identitarian madness coming out of the academic and activist left and say, “No, I will not go along with that. You do not speak for me.”

The examples of the work they submitted is beyond belief. You really have to wonder how the people reviewing the work took it seriously:

What if we argue that the reason superintelligent AI is potentially dangerous is because it is being programmed to be masculinist and imperialist using Mary Shelley’s Frankenstein and Lacanian psychoanalysis? That’s our “Feminist AI” paper. What if we argued that “a fat body is a legitimately built body” as a foundation for introducing a category for fat bodybuilding into the sport of professional bodybuilding? You can read how that went in Fat Studies.

Some of the examples are downright shocking:

Another tough one for us was, “I wonder if they’d publish a feminist rewrite of a chapter from Adolf Hitler’s Mein Kampf.” The answer to that question also turns out to be “yes,” given that the feminist social work journal Affilia has just accepted it.

Of the 20 papers they submitted, 7 have been accepted. Read the entire report here.

Yascha Mounk, a lecturer at Harvard has posted some fascinating details on Twitter:

There’s the paper that doesn’t just advocate stopping white males from speaking in class; it encourages teachers to institute a form of “experiential reparation” by making their white students sit on the ground bound in chains.

There is the paper that dismisses western astronomy as sexist and imperialist, making a case for physics departments to study feminist astrology instead.

There is the paper that’s LITERALLY A RE-WRITE OF SECTIONS OF MEIN KAMPF.

This video is 16 minutes long and describes how the group got started:

This much shorter video covers the results. If you’re looking for a brief overview, watch this:

This report coincides with a point I have been making lately on Twitter about the way left wing concepts have quickly made their way from college campuses into media and politics.

If you want to know what Democrats will do tomorrow, just look at what leftists on college campuses are doing today.

Terms like Microaggressions, White Privilege, Intersectionality, etc., used to be the fodder of term papers by undergrads at UC Berkeley. Now they are used in mainstream media reports.

The authors of this study deserve praise for exposing this madness. Most members of the general public have no idea how far to the extreme left higher education has drifted in recent decades. If they did, the argument over “free” college would not even be happening.

I could hang out with these guys.

From now on we will all be considered guilty until we prove that we’re not!

Goodbye America, land of the free!