Law of Self Defense: Flashback to Three Lies Created From Zimmerman 911 Audio

Law of Self Defense: Flashback to Three Lies Created From Zimmerman 911 Audio 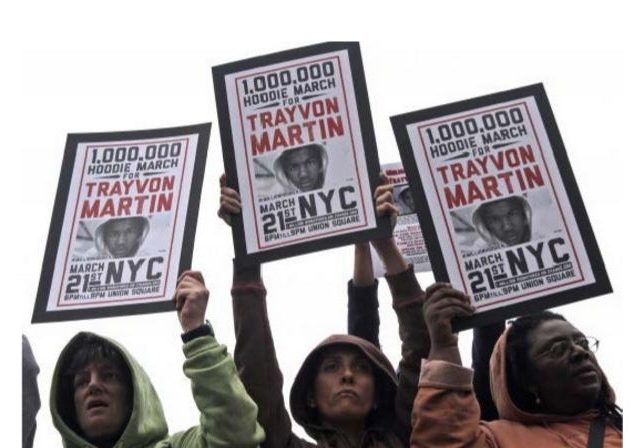 With the “documentary” Rest in Power: The Trayvon Martin Story by Jay Z in the news, I though it worthwhile to make this Case of the Week about the lies created by doctoring the audio file of the call George Zimmerman made to the police moments before he was viciously attacked by Trayvon Martin.

On that fateful night, George Zimmerman called the non-emergency police number when he saw a suspicious person, just as he’d been instructed to do in his neighborhood watch training by the police. That suspicious person would turn out to be Trayvon Martin.

The first lie derived from the doctored audio is designed to make Zimmerman appear explicitly racist. The doctored “Zimmerman” spontaneously notifies the dispatcher that Trayvon “looks black.” But why would Trayvon being black be noteworthy? Does Zimmerman think all black people are inherently suspicious? Isn’t that racist?

The doctored version of the audio is this:

GZ: “This guy looks like he’s up to no good, or he’s on drugs or something. It’s raining and he’s just walking around looking about. He looks black.”

GZ: “This guy looks like he’s up to no good, or he’s on drugs or something. It’s raining and he’s just walking around looking about.”

Dispatcher: “OK, and this guy, is he white, black or Hispanic?”

Well, look at that. Now we have a bit of context that the doctored version lacked. Specifically, we have an utterly innocent explanation for why Zimmerman mentioned that Trayvon “looked black”—because the dispatcher asked him.

For whatever reason, the “Rest in Power” documentary, at least the first episode, does not make use of this particular lie.

The second lie commonly derived from the doctored audio tape is that Zimmerman got out of his car contrary to police orders (and therefore presumably out of malice), to pursue the fleeing Trayvon, because, I guess, “racist.”

The doctored version of the audio, as presented on Episode 1 of “Rest in Power: The Trayvon Martin Story,” is transcribed as:

GZ: [Giving dispatcher directions for responding officers when …] “Shit he’s running.” [Trayvon runs out of sight behind a building.]

Obviously, even this doctored version of the audio cannot factually support the narrative that Zimmerman got out of his car against “police orders,” because the dispatcher never referenced Zimmerman’s car at all. Further, the only sentence even vaguely related to Zimmerman being out of his car was the dispatcher saying “OK, we don’t need you to do that.” which happened only after Zimmerman was already out of his car.

Still, Zimmerman getting out of his car on his own initiative must be an indication of malice, right? It can only have been an act of bad faith so that he could close with and attack Trayvon, correct?

Well, no, because here’s the actual un-doctored audio:

“Sh*t he’s running.” [Trayvon runs out of sight behind a building.]

Dispatcher: “He’s running? Which way is he running?”

GZ: [Grunts] “Down towards the other entrance to the neighborhood.”

Dispatcher: “OK, which entrance is that, that he’s heading for?

Without the doctoring it’s clear that Zimmerman got out of the car not from malice, but because, being unable to see through the building Trayvon had run behind, Zimmerman needed to exit his car and look around the side of the building in order to fully answer the dispatcher’s question, “Which way is he running?”

Indeed, this is precisely the explanation Zimmerman would provide afterwards for why he exited the car, and it’s entirely consistent with a good faith effort to assist the police rather than a bad faith effort to pursue and chase down Trayvon.

Now, getting out of the car was indeed a tactical error—Zimmerman put himself in an ambush position and got himself ambushed. It was not, however, a legal error.

And, speaking of the narrative of Zimmerman engaging in “bad faith effort to pursue and chase down Trayvon,” that gets us to the third common lie:

Lie #3: Zimmerman Was Non-Compliant With Dispatcher

The third lie built from doctoring this audio is that when Zimmerman was informed by the dispatcher, “OK, we don’t need you to do that,” he refused to comply with this suggestion.

The doctored version of this portion of the audio, as presented on Episode 1 of “Rest in Power: The Trayvon Martin Story”, is as follows:

So Zimmerman obviously refused to comply with the suggestion, if not order of the dispatcher right? Surely that’s a sign of bad faith? Well, no, because here’s the actual un-doctored audio:

Well, how about that. Zimmerman, once informed that the dispatcher didn’t need him to follow Trayvon was immediately compliant with that suggestion. Not much bad faith there, once the full context is known.

My Video Explaining it All

In closing, I’d point out that when someone attempts in an organized and systematic fashion to convince you that unreality is reality, that’s simply a form of brainwashing no different than when the Communists put their political prisoners into re-education camps. People acting out of goodwill don’t deliberately generate propaganda to brainwash others; enemies of the truth do.

Law of Self Defense: Debunking “Rest in Power”

For those who might be interested, and as mentioned previously here on Legal Insurrection, I am engaged in an exclusive in-depth debunking of the propagandistic faux-documentary that is “Rest in Power.”  I’ve even talked with Attorney Don West, co-counsel to Zimmerman on his trial, about contribution, and he’s expressed very strong interest.

For those who might be interested in obtaining access to that work product, we are taking contributions of as little as $10 through an IndieGoGo campaign, with generous “perks” at various levels of contribution. You can learn more about that opportunity by pointing your browser to: lawofselfdefense.com/Trayvon.

“1st, the gun must have been visible. GZ said that TM tried to grab it. That is not proof, but it makes as much sense as GZ’s self-serving statement…”

I saw this and I realized it’s a complete waste of time to take this leftist seriously.

TM tried to grab the gun after taking GZ to the ground and was straddling him. No, it’s not true that “the gun must have been visible.” That a ridiculous thing to say because at that point TM was in a position to feel the gun on GZ’s hip.

I’m not going to fisk this guy’s comment as it’s just devoid of logic and demonstrates that he has no interest in the basic facts or the law.

When TM confronted GZ, TM had become the aggressor. So he lost all right to make any self-defense claim whatsoever because the first element of a valid self-defense claim is innocence. GZ was not pursuing TM but simply wanted to walk through a common area to read a street sign on the opposite side from where he parked. He was returning to his vehicle when TM confronted him, then launched his assault.

You can try to make “sense” of the facts all you want considering first you have to know the facts. But you are making up your own. On what planet that is rational behavior but it’s not rational on planet Earth.

I guess another lie could be that GZ called 911 at all, implying that he wanted TM arrested for… something. I know the call goes to the same place, but the level of urgency is less. It’s correct in the story above, but incorrect in the headline.

He called the non-emergency number, appropriate when there’s a concern, but not a known emergency. I’ve done it myself.