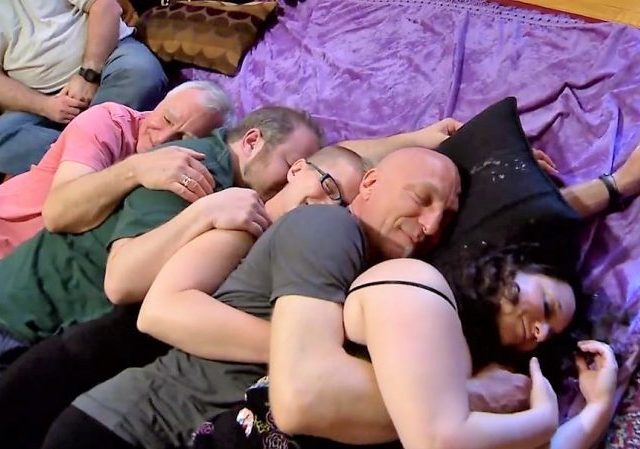 Drumroll please. And the winner is:

Commenter Elzorro, for a comment on the post No Manafort verdict Monday, but the jury did order lunch for Tuesday: 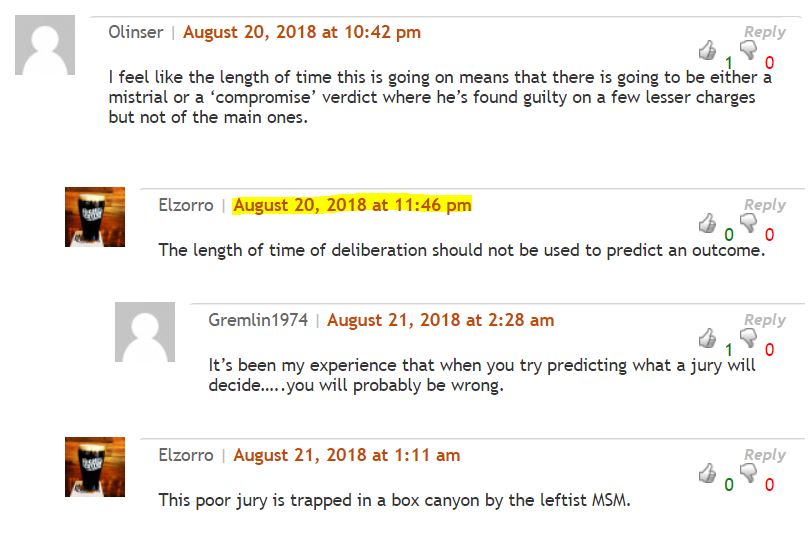 We would offer a Yuge cash prize, but we’re *sure* Elzorro would not want to sully his/her participation in the comment section with lots of cold, hard cash. So we are not going to be so insulting.

We’re running almost 100,000 comments a year, which is not a lot for many websites, but is a lot considering we don’t use third-party comment software, thus avoiding the drive-by commenters.

The comment section is basically our version of the Cuddle Party, where we support each other, are kind to strangers, and never take offense to others with different opinions. We are Diverse! We are Inclusive! We are Humans!

And for those of you who forget from time to time how to cuddle in the comment section, I’m weaponizing Kemberlee, Mary, and Fuzzy to show you how. We’re trying to maintain a forum where people can disagree, without the comment section devolving into a personal attack Fight Club. It’s a “you know it when you see it” distinction, so if you find your comments being held for moderation, that’s probably why.

I’ve always been of the opinion that a cuddle party should be limited to me and one nubile female.

It’s a “you know it when you see it” distinction, so if you find your comments being held for moderation, that’s probably why.

I really enjoy 98% of what is shared in the comment section. It’s always straight forward and thought provoking. The humor is second only to what you get when having a beer with a friend.
But..As observed last week in the article on Prof. J’s Manafort and this week on Brennan. On the first, over 25% of 205 posted comments can be contributed to one “who remains to be named here” as can be said of the 2nd and the 128 comments.
Those who follow the comments do “know it when you see it”.

Hats off to Prof. J. putting on notice contributors who either can’t share their opinions without degradation to opposing views and/or are just down right hostile with their verbal abuse in a retribution vendetta sort of way.

Congrats to you and your authors, Professor, but let’s admit it…..if it weren’t for the constantly nit-picking milhouse and consistently profane rino-rags, this site would still be at 100,000. Not to mention the comments in response to these two honyoks. Still, congrats.

LI isn’t a click-first site, so we don’t really care about numbers. What this post states is that there will be no more un-cuddle comments, and I don’t think anyone here is really going to miss vile vomitous vitriol and name-calling. This is a site that attracts thoughtful and knowledgeable people; we are dragged down by childish antics.

Some of the best writers I’ve ever known were lawyers (indeed, English majors tend to excel on LSAT), but we don’t always see that evidenced here. I look at the prof, at Andrew, at any number of lawyer commenters here at LI, and I compare their excellence of thought and written expression against lawyers who think “T-rump” is a viable argument and representation of themselves as an attorney, and . . . it’s just sad.

Boosting our comment count is not a reason to keep such people around. Never has been.

thanks for letting us know this.