The anti-God, anti-family left is livid. Of course. 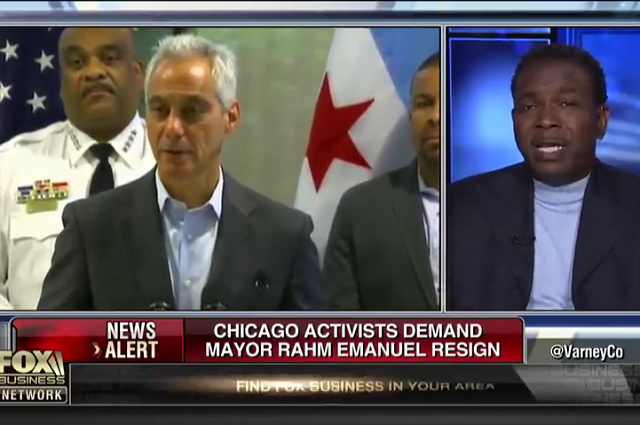 Faith and family are two pillars of American culture that Democrats have worked for decades to undermine, so imagine my surprise when I read Obama’s former White House Chief of Staff and current Mayor of Chicago Rahm Emanuel making an argument for stronger faith and family values.

The left, of course, is livid and think he’s “blaming the victims” of the rampant violence that many parts of Chicago experience on a daily basis.  Perhaps they needn’t be, however, as the cynic in me wonders if this isn’t a geared response to the massive protests organized by pastors from Chicago’s South and West sides.

Violence in Chicago is well-known, if not paid much attention by the national media.  Just last night, a “peace picnic” in Chicago turned violent as three people were shot and one was beaten.

In the wake of widespread poverty and violence, organizers from Chicago’s black communities like Reverend Gregory Livingston and Reverend Ira Acre have been protesting Emanuel, calling on him to resign, for months.

Protesters in the above segment are so desperate for relief that they are calling on President Trump for help and offering their support for him as they blast Emanuel for “caring more about illegal immigrants” than Chicago’s black communities.

Emanuel is now coming under fire for arguing for the power of faith and family values in minority communities.

After one particularly violent weekend earlier this month when more than 70 people were shot, Emanuel deflected questions about police staffing and strategy. Instead, he ignited a firestorm when he said there needs to be a politically incorrect conversation about character and values.

“This may not be politically correct,” he said, “but I know the power of what faith and family can do. … Our kids need that structure. … I am asking … that we also don’t shy away from a full discussion about the importance of family and faith helping to develop and nurture character, self-respect, a value system and a moral compass that allows kids to know good from bad and right from wrong.”

He added: “If we’re going to solve this … we’ve got to have a real discussion. … Parts of the conversation cannot be off-limits because it’s not politically comfortable. … We are going to discuss issues that have been taboo in years past because they are part of the solution. … We also have a responsibility to help nurture character. It plays a role. Our kids need that moral structure in their lives. And we cannot be scared to have this conversation.”

Critics quickly called him out for what they dubbed tone-deaf comments, in which he seemed to be blaming the victims.

From LBJ’s ‘Great Society’ program in the 1960’s the Democrat Party has denied and rebuked the idea that family is the most important element in creating a functioning society.

The Democrat Party, the media and academia have effectively propagandized the nation with the unending drum beat that it’s a fetus, not life, that’s it’s a choice, not human life. The Democrat Party, Academia and the Media have belittled the notion of civic virtue and personal responsibility. They replaced those values with the notion that, ‘It takes a village to raise a child’

No – it takes parents who understand that their first and foremost responsibility is to parent their children, that is, to provide them with the values and discipline to become adults.

Oprah Winfrey, a Chicago native, made a fils a number of years ago – ‘Waiting to Exhale’. One of the characters in the film gave birth to a child and she had no husband. The mother decided to keep the child and raise it on her own. What would have made this film memorable, instead of crap, would have been to examine the mother’s motivation. This mother has obligated an infant with the responsibility to love this woman.

This motivation amplifies another Progressive value – life is about my fulfillment.