Mike Rowe on the Disconnect Between Elites and Everyday Americans

Mike Rowe on the Disconnect Between Elites and Everyday Americans 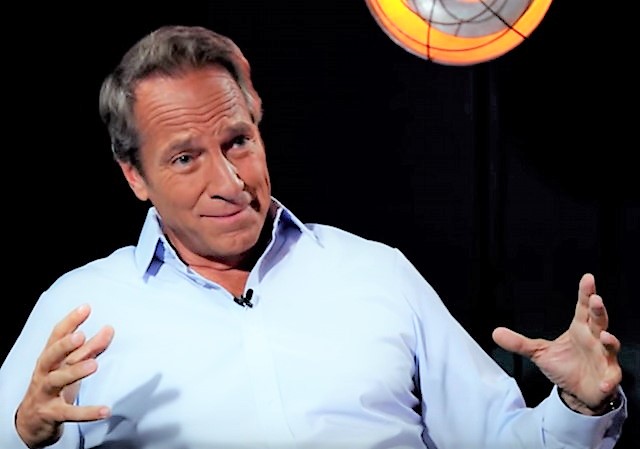 Daily Wire editor Ben Shapiro has launched a series of long form interviews called the “Sunday Special.” Prior guests included Jordan Peterson, Joe Rogan and Adam Carolla. One of his recent episodes featuring Dennis Prager talking about God and the Bible was particularly fascinating and I recommend watching them all.

This week, Shapiro spoke with TV host and entrepreneur Mike Rowe. Their conversation covered a number of topics such as work and higher education. In the segment below, Ben asks Rowe about the divide between elites and average Americans.

Mike Rowe to Ben Shapiro: ‘Profound’ Disconnect Exists Between Elites and Many Americans

Reality TV star Mike Rowe told Ben Shapiro that he believes there is a widening gap between the so-called “elites” and everyday Americans.

Rowe said the gap has always existed to varying degrees, but he now sees a growing “disconnect” and a lack of appreciation of things that are basic in everyday life…

“If we’re not blown away by the miracle that occurs when we flick the switch and the lights come on; if we’re not gobsmacked by flushing the toilet and seeing all of it go away; when we start losing our appreciation for those things, the gap deepens. And I think the gap right now is extraordinary,” said Rowe.

Frank Camp of the Daily Wire provides a partial transcript:

First, Shapiro asked: As the country sort of polarizes between the folks who are in the entertainment sphere or the journalism sphere or the sort of “high IQ” is how they would term themselves sphere, and the people who are actually working the jobs that are actually getting things done across the country, that’s a voice that seems to have been lost a lot. Do you think that’s a really serious gap, and do think that’s a bridgeable gap? Or is that gap, sort of, between the people who deem themselves to be smart and the people who deem themselves to be doing the jobs that matter, is that destined to sort of increase as time goes on here?

Rowe replied: Well, there’s always been a gap – sometimes it’s wide, sometimes it’s less wide. And we all fall in love with the romantic version of ourselves, right? Whether you’re a journalist, whether you’re an actor – whatever it is you think you are, and whoever it is you think you are, you become the sun in your own solar system. So everything else is just a planet in orbit, right?

So, I think, with regard to the skills gap, and [with] regard to really any gap, it’s all just symptomatic of a series of what I would call “disconnects.” We’ve become slowly and inexorably and profoundly disconnected from a lot of very basic things that, when I grew up, I was really connected to – like where my food comes from, where my energy comes from, basic history, basic curiosity, you know? The things that fundamentally allow us to assume a level of appreciation that, in my view, is the best way to bridge those gaps – if we don’t have appreciation…

So, you know, I think there’s great common sense that is still alive and well in a lot of people, and I think that as they look at the headlines, they’re frustrated. And, to be fair, I think people on the coasts are coming at it from their own bias, and they’re frustrated. So, a lot of frustrated people are talking really loud past each other and a lot of truths are inconvenient for a lot of people, and so it just gets noisy – which is a long way of saying no, I don’t think that gap will ever close.

Watch the clip below:

The full episode, which is an hour long, can be seen here.

Maybe after PDT. This Rowe guy could not only be a good President, he could fix the plumbing in the White House. And, in the long run, plumbers do far more for public health than any President has.

Mike is smart enough not to want to be president.

There will not be another Donald Trump for a hundred years, if ever.

He is proving as irreplaceable as Washington, Lincoln or Reagan.

Then again, we do have Jeb! Bush waiting in the wings. And Boehner is still around.

In entertainment? Or that sham we call “journalism”?

I seriously doubt that the words “high IQ” mean what he thinks they mean.

“…is how they would term themselves…”

Let America’s truck drivers stop working for a month or two and the migrant farm workers stop for a season and watch society collapse. A great way for lower socioeconomic classes to garner respect.