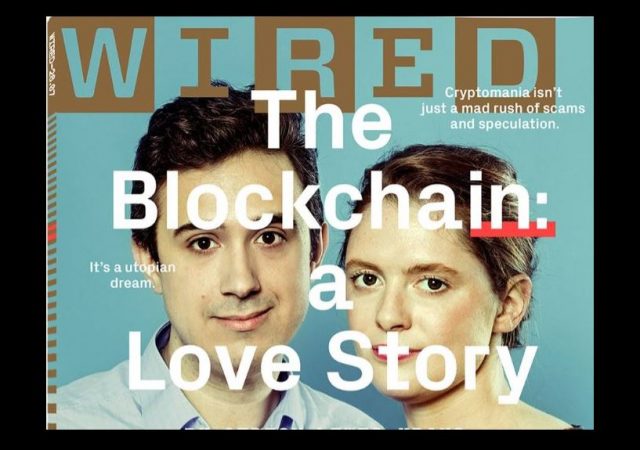 A little over a year ago former Legal Insurrection author and Cornell undergrad Kathleen (McCaffrey) Breitman wrote about her experience co-founding, with her husband Arthur, the blockchain platform Tezos, Dear Legal Insurrection readers, remember me?

It’s been five years since I last posted in LI.

As some of you may remember, I was the first non-Prof contributor back in 2010. I mostly covered the coveted late afternoon slot while Prof was teaching and I usually linked to articles that covered my funky amalgam of technology and free-market fetishisms.

A few days ago, Prof Jacobson reached out to me to share a bit of an update on myself.

As I explained in my note to that post, “I have zero idea what she’s talking about with the new-fangled thing she’s created….”

Tezos is a blockchain-based smart contract platform in the same vein as Ethereum. (For a 101 explanation of blockchains and smart contracts, check out this introductory text I wrote in 2015.) The core observation that led to its development was the recognition of blockchain protocols as a commons. Typically, commons suffer from two issues in economic theory: 1. maintenance,  or the question of who will fix issues in the code and 2. governance, or the question of who decides upon the direction of development. Tezos addresses this through a native governance mechanism which allows token holders to come to consensus on upgrades to the protocol while facilitating the creation of bounties on-chain to address existing issues with the code.

I STILL don’t have a clue what it does.

Since that post at Legal Insurrection, Kathleen and her husband have been on a rollercoaster ride, as detailed in a cover story at Wired: 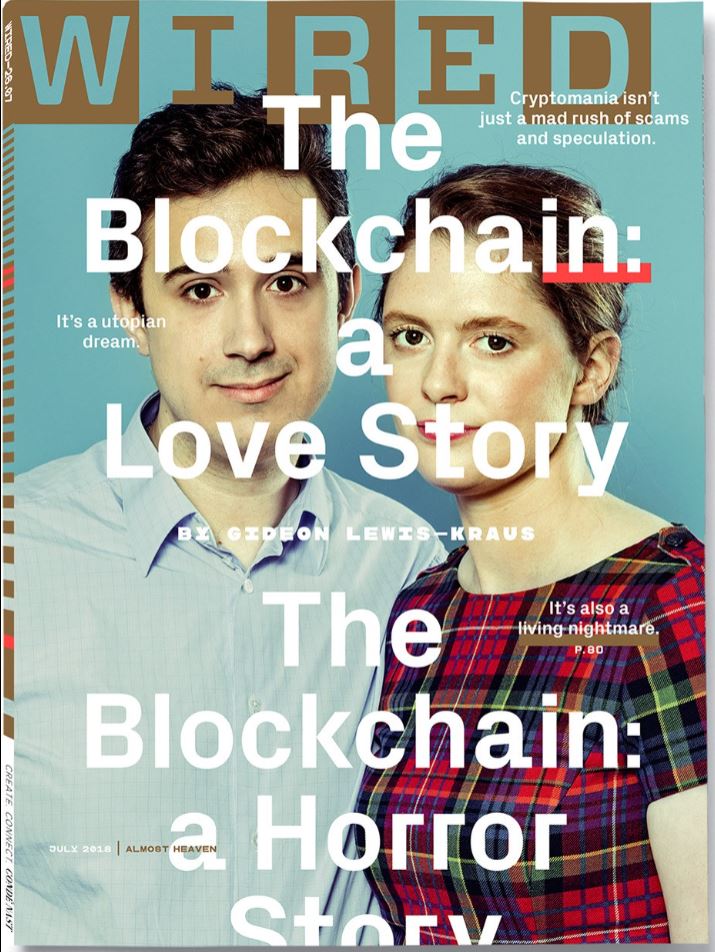 The Wired article is titled Inside The Crypto World’s Biggest Scandal, but based on the article, I don’t think “Scandal” is the right word.

Rather, it’s a story about the relationship between Kathleen and Arthur, how they developed this platform, and how they almost lost it through a variety of obstacles including mischievous hires, lawsuits, and attempted hijackers.

The sub-headline to the Wired article better reflects the story:

Arthur and Kathleen Breitman thought they held the secret to building a new decentralized utopia. On the way, they plunged into a new kind of hell. A crypto-tragedy in three acts.

Read the whole thing. It’s amazing, and impossible to summarize in a few paragraphs.

One section in the Wired article jumped out at me. It’s where Kathleen discussed how Swiss business culture worked against her and Arthur’s attempt to wrestle back their vision of Tezos:

Kathleen’s measured tone went out the window. “All these Swiss people calling me and telling me to shut the fuck up and do things the discreet way. If I got raped at a party, would you tell me it was my fault for wearing a skirt? Swiss business culture is a load of shit.” …

Kathleen now felt as though they had one option: brinkmanship. This was no longer about the utopia to come but ascendancy in the here and now. “I feel like I’m in a hole, so fuck it, the game’s afoot. I’m going to blow this fucking canton up. I’m going to play the hand I was dealt, and I’ve got a much better deck. I keep telling Arthur that the people on the other side are just going to play their game for a billion dollars. It’s not about the morality of crypto. It’s about shipping and winning the game. I’ve got 60,000 lines of code that will ship with or without those guys in Zug.

She paused to stare out at the hills near Santa Barbara, blackened and denuded by fire. “They fucked with the wrong nerds, is my take.”

I literally laugh out loud every time I read that passage.

Kathleen was always such a “nice” person. I never knew she could curse like that. But I’m glad she can curse like a sailor now, because being nice almost cost her the company.

Kathleen has had to be tough to persevere, and it appears to be paying off.

A February 2018 article in Fortune reported, Tezos Finally Plans to Launch ICO Coin After Ousting Swiss Foundation Head. Now they are fighting a bunch of rearguard actions, fending off and pursuing lawsuits.

Where and how it ends I don’t claim to know, but Kathleen appears ready to continue the fight. A “beta” version was recently released:

Tezos released a so-called genesis block, or first foundation stone, of its testing network, the Zug-based foundation which governs the technology said in a statement on Saturday. The move means that Tezos’ prolific community members, who were instrumental in a governance spat settled earlier this year, can connect and begin validating the network’s code.

Arthur and Kathleen Breitman – the Franco-American couple who developed the technology behind the so-called «Tezzie» – urged community members to be «careful with the sharp edges». The Breitmans as well as foundation head Ryan Jesperson thanked backers in a video released on Saturday:

For the first time ever, Fortune has assembled a supplementary honor roll of the most impressive, young superstars who are transforming business at the leading edge of finance and technology.

At the time of the Tezos ICO last summer, the blockchain company set a new record for so-called “initial coin offerings,” raising $232 million. After a turbulent year in which lawsuit drama hamstrung development, Breitman is finally through the woods, and planning to launch one of the crypto industry’s most highly anticipated projects later this month. 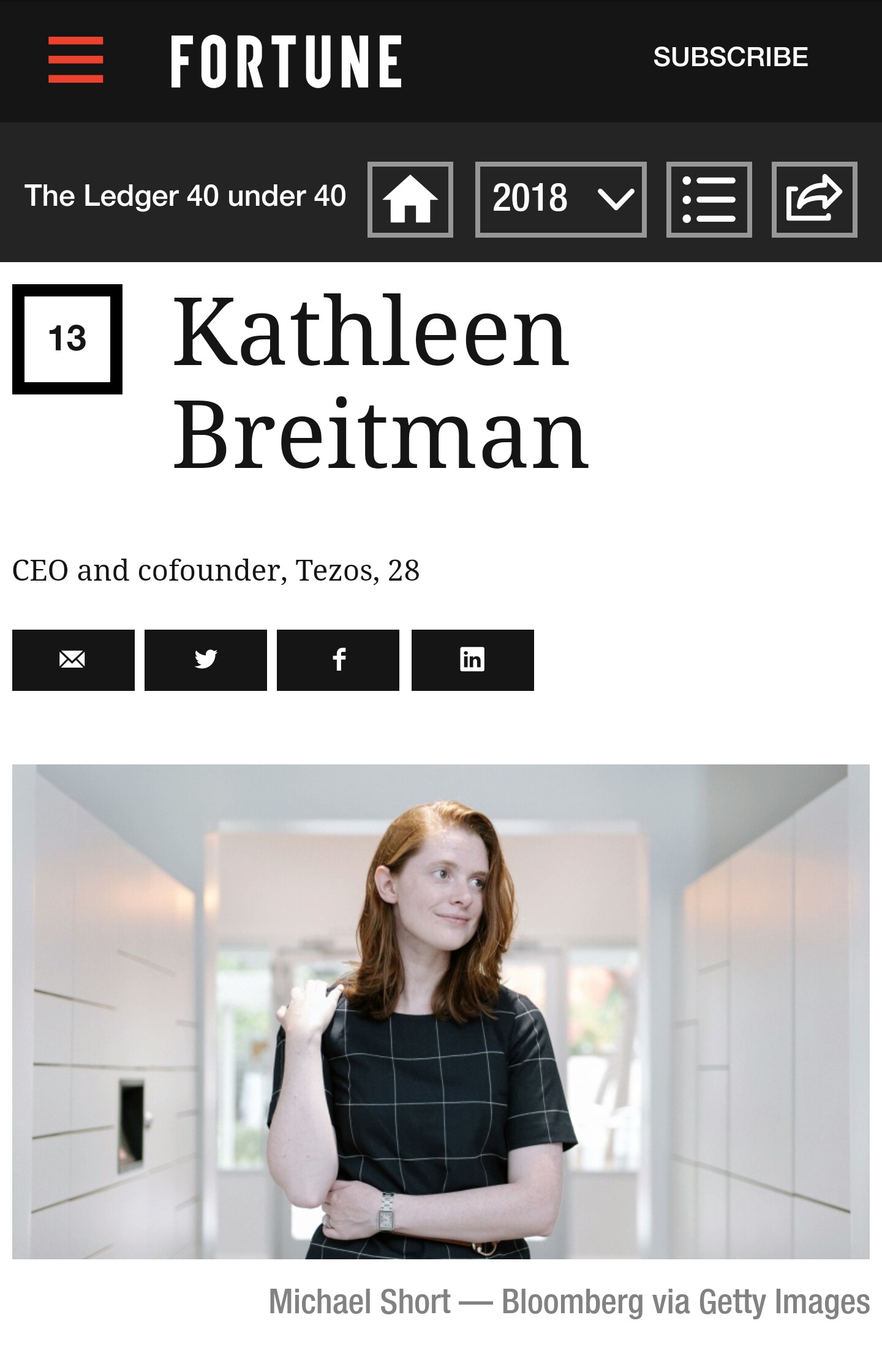 The Wired article explains how Tezos was Arthur’s technical and philosophical vision and passion, one which he almost lost but for his wife’s actions in protecting him and the platform against a sea of turmoil.

If there is a big takeaway from from this story, it’s Kathleen’s explanation in the Wired article of how this battle she has been fighting is “an act of love for my husband”:

Exhausted, Kathleen looked out to the placid expanse of sea and wilted a little. “It’s the 13th inning, and we’re getting a little tired. Neither of us needs to be doing this. I’m doing it as an act of love for my husband, and he’s doing it because he thinks he can do a good thing for the world. We’re going to birth Tezos as an act of love and collaboration.”

My Note to Kathleen’s year-ago post, which I partially quoted above, read in full:

WAJ adds: I reached out to Kathleen when I saw an article about her business success. I have zero idea what she’s talking about with the new-fangled thing she’s created, but apparently a lot of people think she and her husband are onto something big. This makes me so proud. Not just Kathleen’s success, but her maturity in keeping life in perspective.

I think I called it right.

Anybody in the thread ever read Hernando de Soto’s works on capitalism?

Apparently it is illegal to buy/sell the “Tezzy” (symbol XTZ) in the Unites States. All the crypto currency markets will not allow me to purchase any amount of them because I live in the U.S.. If I lived in Indonesia I could buy some right now. I really would like to purchase some. Does anybody know if Trump has replaced the head of the SEC yet? If not it is time to do so. So much for free market capitalism…

If you wish to purchase XTZ, you might want to drop an email to Interactive Brokers to determine whether or not they may be of some assistance.