The media circus around the trial gave rise to numerous myths and falsehoods, all of which blurred the facts of the case. 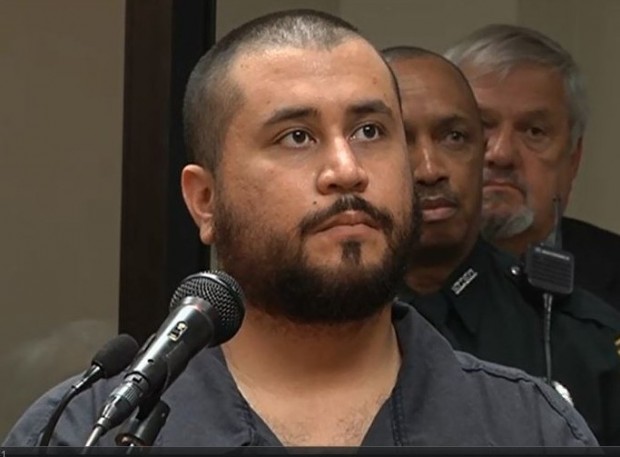 Has it really been five years?

Five years ago today, Zimmerman was acquitted in the nasty, public and over-politicized trial following the death of Trayvon Martin.

Andrew Branca covered the case extensively. When the verdict was announced he blogged:

The State prosecutors, including the until recently rarely-seen Angela Corey, are currently providing interviews to the press, essentially re-arguing their catastrophically failed courtroom arguments. From this commentator’s perspective, they are simply in complete denial and/or in full-blown CYA mode, no matter how often they say they respect the decision of the jury.

It is also remarkable how frequently both Angela Corey and Bernie de la Rionda are explicitly re-affirming their support of the Second Amendment and self-defense–perhaps they sense the “seething rage, ill-will, spite, and hatred” they may well have engendered among the community of law-abiding gun-owners and CWL owners in Florida.

Reactions from around the web can be found at this post: includes press conference videos of key people connected to the trial, photos of demonstrators outside the Florida courthouse, tweets/photos/videos related to current and scheduled “Justice for Trayvon” marches, verdict reactions from Twitter and embedded feeds for key Twitter hashtags.

Shortly thereafter, Professor Jacobson discussed why the jury got the Zimmerman verdict right on local radio:

The media circus around the trial gave rise to numerous myths and falsehoods, all of which blurred the facts of the case. On the third anniversary of Zimmerman’s acquittal, Branca blogged:

I suppose it’s to be expected that on the third anniversary of Trayvon Martin’s terrible, horrible, no good, very bad victim selection day we would get to enjoy a resurgence of the many false narratives surrounding Martin’s attack on George Zimmerman, Zimmerman’s self-defense, the circus of Sharpton-led protests, the politically-driven prosecution, and the resulting acquittal.

Back when this was all going on in real time I had the pleasure of writing several posts that gutted the worst of the memes.  It seems, then, that the most appropriate response to the re-emergence of these lies is to re-post their evidence-and law-based rebuttals.

Here I’ll just point to the myths I busted at length in my own posts–I’ll defer on the other related nonsense, such as the ubiquitous portrayal of the 17-year-old Martin using a picture of him at age 12 (a more age-appropriate “selfie” of Martin is featured above), and the lightening of photos of George Zimmerman to place greater emphasis on the “white” rather than the “Hispanic.”

For detailed dissection, see the links below:

Zimmerman Trial Myth Busters: Did Zimmerman disobey police orders to stay in car? A: No.

Zimmerman Trial Myth Busters: Did Zimmerman “Chase Down” a Fleeing Martin? A: No.

Breaking – Jury will not get to see Trayvon fighting texts

A special shout-out of praise and recognition to Mr. Andrew Branca, whose posts and analysis of the trial were among the best available, on the subject.

I was going to post the very same. Andrew’s posts continue to be must reads.

That’s what brought me to LI the first time

After reading all of Moderate’s fact filled and rationally reasoned response to all of the lies posted here by long time LI posters, all I got to say is

No, wait. That was thug Trayvon’s last words.

If Obama had a son…

I have no doubt that if Obama had a son that he would have been just like Trayvon.

Zimmerman’s big stroke of bad luck was that his parents’ sexes were not reversed. Had he been Jorge Mesa nobody would ever have heard of him. It’s just his bad luck that his Zimmerman parent happened to be male and his Mesa parent female.

Even so, had his father been called Smith, O’Brien, Branca, or many other typical white names, we probably still wouldn’t have heard of him. Unfortunately he had a German name, and in some parts of the USA, including Florida and New York, such names “sound Jewish”. The reason he became a cause célèbre is that Al Sharpton, from New York, saw the name “Zimmerman”, assumed “Jew”, and flew down to Florida to organize the rioting.