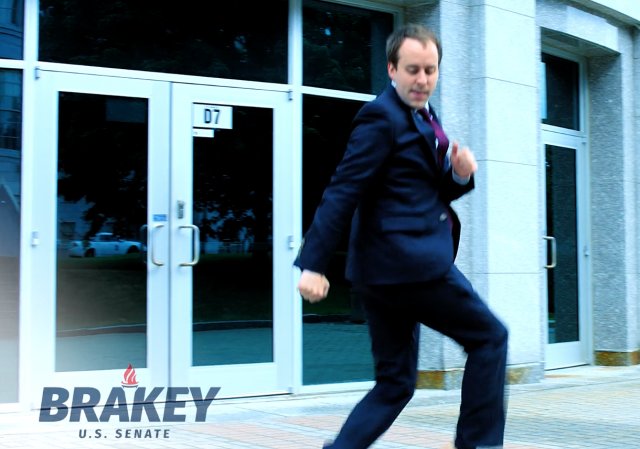 Maine’s Senate race was the victim of fake news.

I blogged earlier this month:

A video of Brakey dancing around in a Speedo made its way around the internet. It appeared on the website, www.ericbrakeyforsenate.com. That site is not his official campaign site, but one created by people who support Brakey’s opponent, Angus King.

Before entering politics, Brakey worked as an actor and did a spot seven years ago for a commercial. That spot was edited to create the video posted to the imposter site, making it appear as though Brakey filmed a video of himself dancing around his room in a speedo for an uncomfortable length of time.

“I’m a real human being, not a career politician, and I worked professionally in theatre and film for years before I ever imagined running for office,” said Sen. Brakey. “This campaign is about fighting for Maine and against special interests in Washington DC, and I won’t let false and distorted attacks and internet trolls distract from that.”

Despite their attempts to correct the record, the video was already part of the campaign discussion. So, if you can’t beat ’em, join ’em, right?

“Brakey Dance” is a compilation of Brakey and his supporters sporting their best dance moves. It’s fun to watch.

“I’m not going to allow the Washington establishment to bully us. So whether you dance or not, I’m going to fight for your right to live free and I will always fight for Maine,” says Brakey at the end of the video.

“Washington elitists would never have bothered to mock Senator Brakey’s dance moves if they were not afraid of the excitement his insurgent campaign is creating in Maine” said campaign spokesman David Boyer. “Frankly, DC could use some fresh moves – and some fresh faces.”

I love it. Roll with the punches, never take yourself too seriously, and let the haters hate, especially when you have some wild moves, I say.

Has the Maine primary passed? If so then his opponent has been arrested in Texas for trespass. He was posturing at a detention center.

if not then one of his possible opponents has been arrested.

I like this ad. The only thing it’s missing is some soldiers dancing.

Does anybody else remember all the videos from Iraq and Afghanistan with the soldiers dancing?

Oh, my favorite! The one without the cheerleaders, though – wink. I used to play this over and over I loved it so much!

Love, love, love it! It’s time to get back to something fun in politics!