The media-driven frenzy about separation of illegal immigrant children from their arrested parents is reaching insane heights. This is a problem which long predated Trump, and is caused by parents who expose their children to danger by bringing them illegally across the border, rather than presenting the family through lawful means of seeking asylum.

These border crossings are attempts to evade U.S. law, to allow the illegal trespassers to enter the U.S. undetected. The asylum claims are simply Plan B, the excuse they have been coached to make if caught. Bringing children on this dangerous trek is the insurance card, or so they thought, of being released into the U.S. if caught. If they are not caught, there is no asylum claim and they enter and stay in the U.S. illegally.

If parents in the U.S. exposed their children to such dangers, there is little doubt state and local child protective services would get involved and take custody of the children.

But because of the Democrats’ open-border desire and anti-Trump derangement, these irresponsible parents are raised to hero status and the government is called a Nazi regime for not jailing the children with the parents. 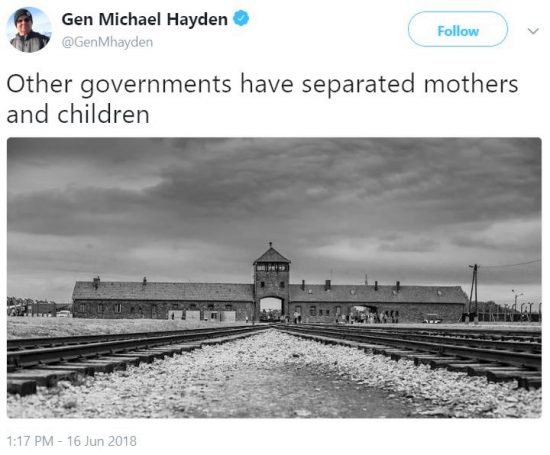 There also is a dangerous movement to confront Trump administration officials in public over the issue. 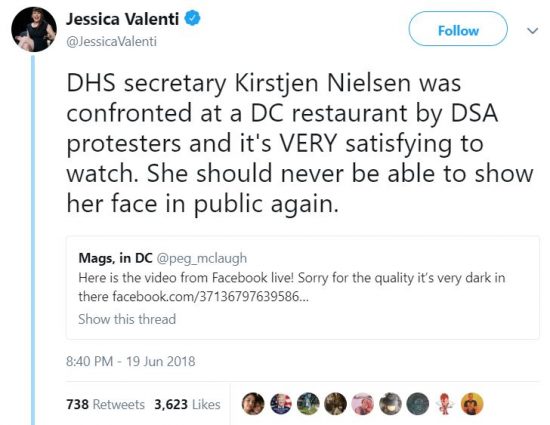 People are going to get hurt because of cheerleading like this for public confrontation, it's been the trajectory of #TheResistance since the election https://t.co/MP4xDQyiBc 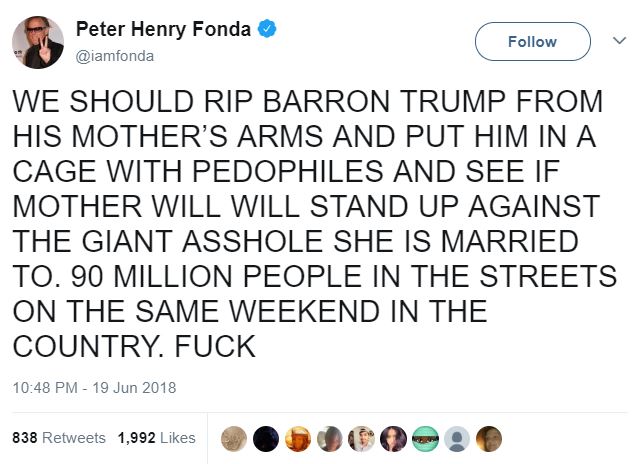 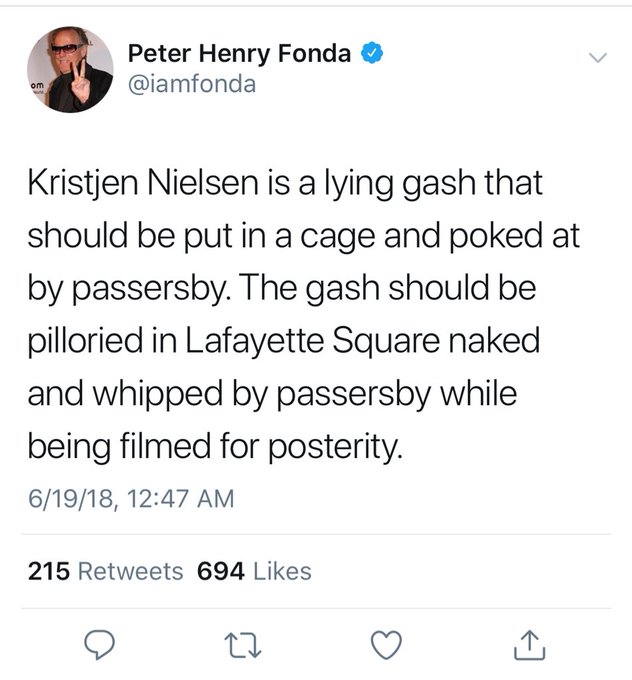 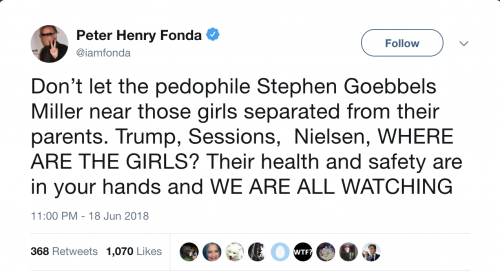 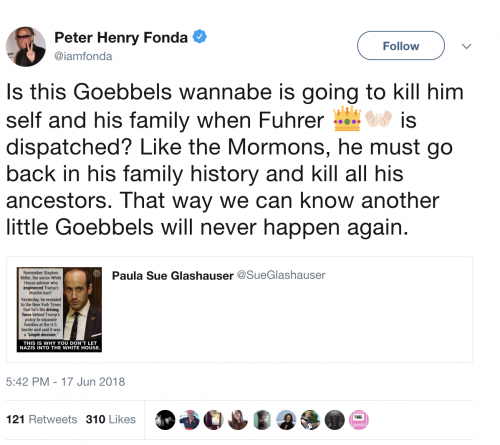 If you spend any time on Twitter, you will see that Fonda is typical of the anti-Trump crowd. He’s not an outlier.

This is the direction The Resistance has been moving since the election. Complete unhinged and deranged attacks on any and all political opponents. Total political war.

If you don’t think the midterms matter, and if like some establishment Republicans you want Republicans to lose control of Congress, then you are as unhinged as Peter Fonda.

Maybe you want to live under the thumb of The Resistance, but I don’t.

While Peter Fonda has a right to express himself, he has also revealed himself to be a horrid little scumbag who doesn’t deserve the time of day from decent people.