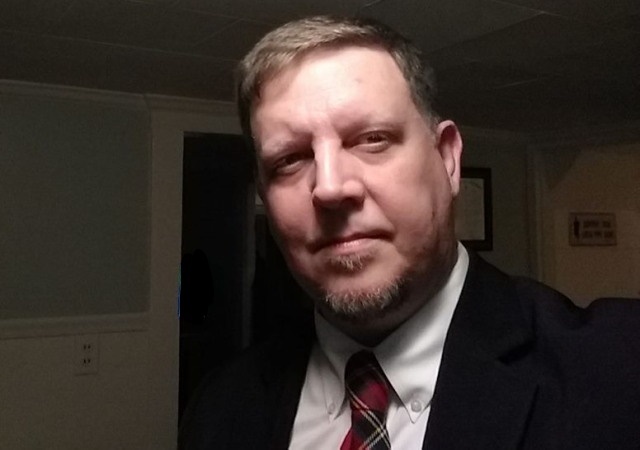 As someone who has worked in professional theater, I am bothered by the nearly monolithic liberal views presented by the entertainment industry. I also find it troubling that Saturday Night Live has become more of a political weapon for the left than a comedy show.

With these thoughts in mind, I recently wrote a new column for Townhall suggesting a conservative version of SNL featuring celebrity guest hosts like James Woods, Ann Coulter and Greg Gutfeld.

If Conservatives Want To Win The Culture War, We Need Our Own ‘Saturday Night Live’

Andrew Breitbart once said politics is downstream from culture. It was true then and rings even truer now. Conservatives must confront the left in the arena of entertainment.

‘Saturday Night Live’ used to be a comedy show. Now it’s a political operation intended to help Democrats win elections and to assist the left in the culture war. Think back to the first episode of SNL after the 2016 election. There were countless things which could have been hilariously parodied in their cold open. Instead, we got a funereal musical dedication to Hillary’s failed campaign. Weeks later, cast members sang a rendition of ‘To Sir, With Love’ to Obama.

I made specific suggestions for how to do it and one of my points was to set it in America’s heartland. I picked Omaha, Nebraska because it’s in the center of the country, although there are plenty of other cities which would work:

First, don’t try to hide what you’re doing. Bill the show as the red state alternative to Saturday Night Live and broadcast it on the same night at the same time. Be a direct competitor and follow SNL’s format with a regular cast, a celebrity host and a musical guest in front of a live studio audience.

Second, set it in America’s heartland. Omaha, Nebraska would be ideal. And give it a similar name and branding to SNL. Something along the lines of “Live from Omaha! It’s Another Saturday Night!” would work. If lawyers say that’s too close to SNL, get creative but make sure viewers know exactly what the show is intended to be.

I even offered some sketch ideas:

Bernie Sanders hosts a radio show where he can’t explain the historical failures of socialism to a single caller.

The reaction to this from people on the left has been fascinating and can be summed up as “Ha! Ha! What a dumb idea, please do it!”

It earned me my first mocking at Mediaite:

The 2016 election of President Donald Trump, who ran on a culture-war platform, has centered country’s political focus on the gaping divide between the coastal entertainment industry and middle America.

But, fear not: a writer at conservative website Townhall has a solution, which he outlined in all its hellish detail in a column on Thursday.

Mike LaChance, the author who has also written for esteemed sewage rags Gateway Pundit and Breitbart, laid out his proposal: “If Conservatives Want To Win The Culture War, We Need Our Own ‘Saturday Night Live’,” he begins.

Live from Omaha, here’s a terrible pitch for a conservative Saturday Night Live

You can usually tell how out-of-touch a conservative comedy “fan” is by how much stock they put in the opinions and comedy choices of Saturday Night Live. (See, for instance, Donald Trump’s general obsession with the show.) Although the long-running NBC sketch series tends to skew left-of-center in its political swipes, its overwhelming instinct is a sort of mainstream populism; the show is far more likely to hit Trump as a blowhard idiot with bad hair, after all, than it is to dig into his misogyny, fascist impulses, or tacit support for racist ideologies. (Also, while the series remains successful enough, in both a ratings and a critical sense, it hasn’t felt like a driving force in the political conversation for years.)

So when a conservative writer suggests that Republicans need their own SNL—and especially when the sample sketch ideas for it are as amusingly weird as the ones put forward in this recent thinkpiece by Townhall columnist Mike LaChance—to counter the one currently on the air, our natural instinct is to say: “Yes, please! We would love for this weird monstrosity to arrive on our TVs.”

Even the Omaha World-Herald picked up the story. Micah Mertes wrote:

Have you heard the one about a conservative ‘SNL’ set in Omaha?

Mike LaChance, a blogger for the conservative news site Townhall.com, has an idea for a show.

He thinks that in order for conservatives to compete against liberals in the culture wars, someone should start a “red state alternative” to “Saturday Night Live.” His hypothetical show, he writes, should be set in “America’s heartland.”…

As opposed to “SNL,” which lambasted President Trump (played by Alec Baldwin) and his administration in its most-recent season, the LaChance envisioned conservative “SNL” would make fun of such liberal figures as Nancy Pelosi and Chuck Schumer, as well as the media outlets CNN and MSNBC.

“The show doesn’t even have to be pro-Trump or pro-Republican,” LaChance wrote. “All it has to do is not be anti-Trump or anti-Republican.”

Unbeknownst to me, there is already a comedy show in Omaha called “Omaha Live!”

People who mocked my proposal really seemed to focus on my choice of Omaha but that was hardly the point of my column. The point is that SNL has become overly partisan and alienates what could be a much broader audience. A comedy show which takes advantage of this could do very well.

As Charles Krauthammer once wrote about the founding of FOX News:

I said some years ago that the genius of Rupert Murdoch and Roger Ailes was to have discovered a niche market in American broadcasting — half the American people. The reason Fox News has thrived and grown is because it offers a vibrant and honest alternative to those who could not abide yet another day of the news delivered to them beneath layer after layer of often undisguised liberalism.

No to Omaha. If plays in Peoria… 🙂