Jerry Brown may given the state GOP a gift that could sink the Democrats this November. 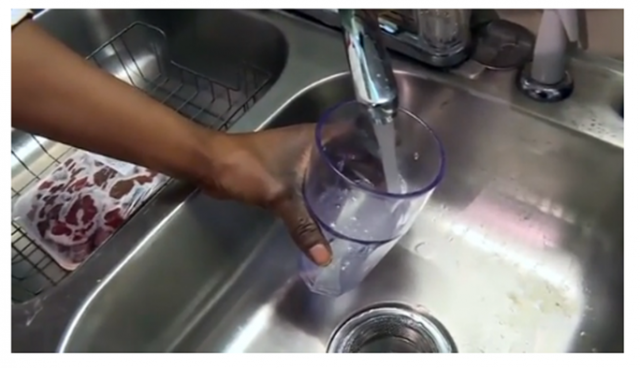 Despite the fact the drought is officially over in the Golden State, California Governor Jerry Brown has signed two bills that will force water districts and municipalities to permanently adopt aggressive water rationing levels.

The two bills will set water-efficiency goals for water suppliers throughout the state. The governor said the measures will help California be better prepared for future droughts and the effects of climate change.

The legislation will require both urban and agricultural water suppliers to develop annual water budgets and have plans in place for dealing with drought.

Once again, California legislators create rules that are not based in realities. The levels set in the legislation will be difficult to achieve on a practical level.

“With a child and every day having to wash clothes, that’s, just my opinion, not feasible. But I get it and I understand that we’re trying to preserve…but 55 gallons a day?” said Tanya Allen, who has a 4-year-old daughter.

Just how many gallons do household chores take?

“She likes to bathe three times a day and she does laundry all day,” said Rocka Mitchell from Texas.

He and his wife Ginger are living in Sacramento for work and say it would be hard to conserve.

“I couldn’t do it. My family is way too large,” she said.

The fines to water districts that don’t meet the standards are draconian. The amount non-complaint agencies may face of $1,000 per day if they don’t meet them, and $10,000 a day during drought emergencies.

Some of the state’s major water agencies also opposed it, many on the general argument that Sacramento shouldn’t be telling local government what to do. Among the opponents were the Alameda County Water District, Kern County Water Agency, San Diego County Water Authority, and the Zone 7 Water Agency in Livermore.

“Every local water agency supports conservation and has a responsibility to make sure its water users use water efficiently,” said Tim Quinn, executive director of the Association of California Water Agencies, which opposed the bill. “This was never about whether we should be pursuing conservation. It was about how.”

Of course, those fines won’t be paid by the “districts”…it will be the citizens of those districts.

Legal Insurrection readers will recall that California had recently been struggling with a Hepatitis A outbreak, which is spread via fecal matter. This rationing could theoretically reduce hygiene options for those citizens who can’t afford “efficiency” upgrades or high water rates.

The only upside is that Jerry Brown has gift-wrapped a great issue for Republican John Cox, who survived the “jungle primary” and will be running a populist campaign against Democrat Gavin Newsom in the gubernatorial election this November. Cox is clearly targeting the Sacramento Swamp and wants to “Make California Golden Again”.

So, perhaps the water rationing is the issue that will finally sink the California Democrats

Building high speed rail to nowhere when you should instead be investing in aquifiers. Could you be any more stupid?

“Bezerra’s research revealed that water usage in cement production varies from 147 to 3,500 litres per tonne of cement. Concrete production uses between 100 and 240 litres of water per cubic metre of concrete.”

There needs to be some provision added to the law that prohibits politicians and their families from showering, doing laundry, etc. anywhere but at home.

Never would make a dent since Sacramento “stinks” already.

When I lived in CA, my electric usage was minimal. I didn’t use the AC or the heat. I don’t watch TV or video games. I rarely cooked at home. Instead of rewarding me for saving power, LADWP simply set my allowances (Tier levels) lower, so that I would be penalized if I exceeded my minimal usages, even though I would still be using much less than my neighbors used. All I did by conserving was to prove how little I really needed.

While this may seem like a good “issue” for the right I doubt it means much. With all the other idiocies of the California government why would this make a difference. And if a Republican does get elected here and there they are so outnumbered they can’t make a difference.

Pulling head out of azz by the left is what’s needed and I don’t see that happening any time soon – if at all.

Welp, let’s hope the GOP uses such a gift. But after the primary is usually when they give up and go back to sleep.

*Note that CA now has plenty of water. But they are “training” the sheeple to obey.