Court: Expelled male student can proceed on key claims against Johnson & Wales U

Court: Expelled male student can proceed on key claims against Johnson & Wales U

Kafkaesque case in which female waited a year to complain, male not given copy of complaint, entire process only 5 weeks, no record of hearing 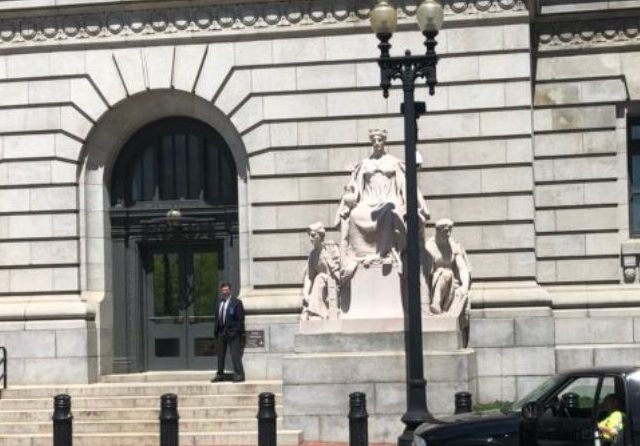 In January 2018, I wrote about a lawsuit by an expelled male student that alleged an outrageous denial of fundamental fairness and failure to follow university rules, Kafkaesque campus sexual assault tribunal at Johnson & Wales alleged in lawsuit:

A male student expelled from Johnson & Wales University in Providence, RI, has commenced suit in federal court in Massachusetts, where he lives, claiming he was unlawfully held responsible and expelled after an unfair, prejudged internal judicial process that violated not only ordinary norms of fairness, but also the university’s own guidelines.

The facts alleged and issued involved are all too familiar for these type of cases, according to the detailed factual allegations:

The lawsuit was transferred to the District of Rhode Island on the motion of the university. The university also filed a motion to partially dismiss the suit.

The bland docket entry, however, appears not to give the full flavor of just how badly the argument and ruling went for the university.

There is no transcript of the judge’s ruling currently available, but Prof. K.C. Johnson was at the courthouse and tweeted the highlights:

At district court in Rhode Island to cover the hearing in the Johnson & Wales (https://t.co/bJLctQp1k0) due process hearing. pic.twitter.com/q2bkh8JkV5

Judge: based on info in complaint, “I can’t for the life of me find any other explanation” other than gender bias for guilty finding. Wow.

Judge: tells lawyers not to use the term “hysteria” bc it’s sexist. He’s an Obama nominee.

Judge dismisses a couple of state law claims. But he denies state-law MTD on negligent infliction of emotional distress.

Just in: In ruling from the bench, judge denies Johnson & Wales motion to dismiss on TIX claim. Brutal hearing for university.https://t.co/EcOPjxtpLg

In what appears to be a first in the surge of post-Dear Colleague letter lawsuits, a judge rules from the bench, in denying university's effort to dismiss a TIX claim. @JWUProvidence case.https://t.co/33Fi0ZhJsT

Today was the 97th time since issuance of the Dear Colleague letter in which the university was on the losing side of a court decision.

Key line in oral ruling from judge (McConnell, Obama nominee): "On the pleadings, this court can find no reason at all why the result was Mr. Doe's expulsion. The only inference [is] . . . gender played a role."https://t.co/l3b2mk0TAi

I always found the student kangaroo court in Animal house to be a farce. Now it appears that this is the new normal for our precious institutions of higher learning. Schools should not be involved in criminal investigations. They should refer such matters to the Police so a proper investigation is performed and rights are secured for both accused and accuser.
So much about Jon Doe’s expulsion stinks when you look at the details.

This is what happens when school bureaucrats pretend to be lawyers. There is a reason there are courts and the plaintiff proved that.

Any guy who has sex with a girl while in college is just asking for trouble. In the words of my father: “Keep it in your pants and you stay out of trouble.”

Ha! Where have I heard that before?? We must be brothers with different mothers. 😉

We have achieved peak Title IX.

“…The fact that this case involves a male accuser (“John Doe”) and a female aggressor (“Jane Roe”) makes it unusual among Title IX complaints. (Title IX is the federal statute that forbids sex discrimination in schools.) But the female student’s lawsuit against Cincinnati—which accuses the university of violating her due process rights—reveals something even odder: Roe had previously filed a sexual misconduct complaint against one of Doe’s friends.

Roe’s lawsuit, then, suggests that Doe filed the complaint against Roe as a kind of revenge for getting his friend in trouble. (I have an alternative theory, but I’ll save that for the end.)…”

“…Here’s an alternative theory: Doe woke up, realized they had engaged in sexual activity while they were both drunk, and feared that she would file a complaint against him, as she had done to his friend. Panic-stricken, he felt he had no choice but to beat her to the punch…”

How does a girl who runs around filing Title IX complaints for mutually-drunken hook-ups even have a social life? She should be radioactive. And this guy DRINKS WITH HER, fully aware of the hazard.

These two deserve each other. This is the kind of thing no responsible police force would even investigate. It’s sort of the sexual version of “mutual combat.” Both of them screwed up, and they have to clean up their own mess.

Why has the federal government gotten involved in policing and then picking winners and losers in this nonsense? It’s time to get out the way and let the little fools learn that there actually are stings attached to No-Strings-Attached drunken hook-ups.

It may be unclear to you, but neither had been drinking in this case so your comments do not appear relevant. I suggest you read the case if you had not had the opportunity to do such.

Dear genius, it is relevant because in neither case should the schools be running Title IX inquisitions. This is none of their business. Schools should not be involved in adjudicating their students’ sex lives at all.

My comments may not appear to be relevant to you because you’ve lost sight of the big picture. Do you actually think anybody should be wasting time getting familiar with the particulars of any of these Title IX complaints? The details of this particular case, or any particular case, matter to me just as much as they did to the bureaucrats running the Stalinist show trial Title IX court at JWU. Not at all. The difference between me and the petty bureaucrats is that since all of us are in agreement that the facts don’t matter, I would take that as a cue to shutter the whole enterprise. They take that as an opportunity to wield arbitrary power to reach absurd results.

You are clearly off your meds.

“There was no record of the adjudication”

The legal profession has a term for “record of the adjudication”: evidence. Evidence is inconvenient when you’re running a star chamber.