But reformed jihadists are okay! 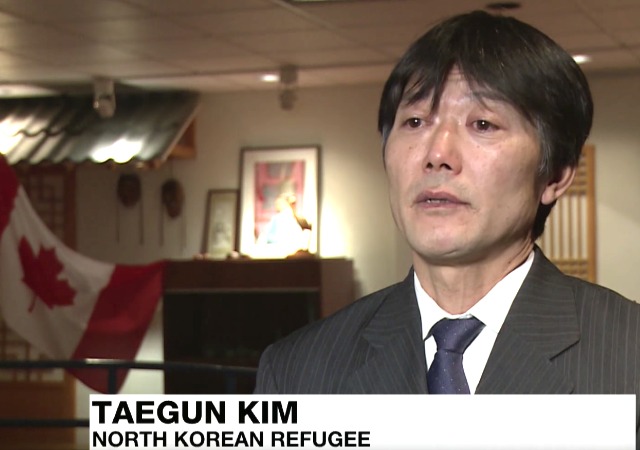 WAIT A SECOND. I thought Canada welcomed refugees and those seeking asylum with open arms? Haven’t Prime Minister Justin Trudeau and other officials mocked President Donald Trump and others here in America because they simply want people to follow our laws?

It seems that loving Canada has deported 2,000 North Korean asylum seekers because they allegedly lied on refugee forms. The country is ready to deport up to 150 more.

To those fleeing persecution, terror & war, Canadians will welcome you, regardless of your faith. Diversity is our strength #WelcomeToCanada

TRUMP IS A HORRIBLE HUMAN BEING FOR SEPARATING FAMILIES! Will we hear that same thing about the Tiger Beat prime minister? From Al Jazeera:

Eleven years ago, Taegun Kim came to Canada with his wife, daughter and son. Now they have two more children, both Canadian citizens. A deportation would be catastrophic for the family.

“That notice means death to me,” Kim told Al Jazeera. “I came all the way here for a better life and my family is well adjusted to life in Canada. To think we’re going to be separated, it breaks my heart.”

The Jo family could be broken up too if Canada carries out its deportation orders. Two children are Canadian-born; the eldest came with his parents in 2010.

The family admits they lied on their asylum application – saying they defected to China, not South Korea – to help ease the immigration process, but add they did it to escape a horrible situation.

“I feel so desperate. It’s our fault,” Hye Kyung Jo said. “They [the children] haven’t done anything wrong. They have to go through this separation because of us.”

So basically refugees and asylum seekers can break America laws, but you must follow Canada’s laws to the T. Oh, but they’re going to South Korea! Yeah, well, they don’t feel safe in South Korea and Kim has first hand experience.

Kim escaped North Korea in 1998 and first went to China. He decided on South Korea, where he resided for five years. He told Global News how bad it was:

When he arrived with a group of other North Koreans, he said, news media took their pictures and filmed them. It was international news, and was reported on South Korean television.

Because his image appeared on TV, he said, the North Korean government took notice.

“North Korea noticed that we were there, so my family, my parents were captured,” he said.

A Chinese people-smuggler called to tell him the news.

He had a hard time finding a job in South Korea, he said, and every time North Korea was in the news, he felt like people pointed at him and demanded to know why North Koreans acted the way they did.

He came to Canada in 2007. He got married, has two children, and works as a contractor:

“I feel we are accepted here because of the political and legal support for multiculturalism,” he said. “When we lived in South Korea we used the same language but we were treated different, so it was hard for us to live there. But in Canada, we speak different languages, but in spite of the language barrier, we make a good contribution to society and we live well here.”

Raymond Cho, a Member of Provincial Parliament, is of South Korean descent and has backed up Kim’s account:

North Koreans who arrive in South Korea are generally granted South Korean citizenship. “They become South Korean. But it’s only legally, because culturally, even though they speak the same language, there’s a big difference,” said Raymond Cho, MPP for Scarborough-Rouge River, who is of South Korean origin.

Their accent identifies them as North Korean, he said, and children get bullied in school and adults have trouble finding jobs because of it.

These people managed to escape the most evil regime on this planet right now. Rocky Kim of the Canada Federation of North Korean Defectors said that family members still in North Korea become vulnerable when refugees receive any attention.

So yeah, Trudeau, why send these people away to South Korea, a place where they face isolation and possible capture back to North Korea? You are more than willing to welcome back so called “reformed” terrorists, but not people escaping Kim Jong Un? Are you serious?

Could we send 150 Hollywood libs to Canada, in exchange for the 150 North Korean refugees?

Couldn’t we send 500 Hollyweird people? After having actually lived under a communist regime the Koreans would be better citizens.

On this date, Yellow plays his WhatAboutism Card, hoping no one will notice.

Even better, he chooses Hypocrisy as his subject.

Sloppy form. We’ll just assume Mom was badgering him to clean up the basement.

This article is ‘WhatAboutism’ personified.

I don’t live in the basement. Soros pays me very well.

You’ve never gotten laid in your entire worthless life, have you?

Well, you did bend over for me. But that was supposed to be our little secret.

Like Jerry Brown, who today has set up a “sanctuary state” to accommodate illegal border jumpers who he thinks will vote for him but in 1975 led the opposition to accepting South Vietnamese anti-communist refugees who were fleeing murder (the Boat People, who were drowning at sea without our help), just because these betrayed South Vietnamese allies could be expected to vote against the communist Brown.

Trudeau is exactly the same. Those who flee communist North Korea will most likely not vote for the communist Trudeau (communist-friendly if one prefers but there is no difference), while violent Islamic jihadists are seen as likely to vote leftist, at least so long as the leftists are favoring their admission to the country. The leftist mind is an unbounded evil, moved only by what will serve its ambition for power.

This article is quite a hash.

Near as I can decipher, North Korea has nothing to do with this. These were people safely ensconced in South Korea—even granted S. Korean citizenship—who thought they could wrangle a more lucrative deal in Canada. Since nobody would accept “refugees” from South Korea, where they may have been “uncomfortable” in one of those ways unique to the inscrutable Orient but were certainly not persecuted, they lied and said they were refugees holed up in China. And now the Canadians are inhuman monsters for wanting to send them back to  North  South Korea. Uh-huh.

It also seems that these hammerheads haven’t learned their lesson about the risks of talking to the press. Can’t blame Canada for that.

If I have the story right, I don’t really see why I should get my blood pressure up over such a non-outrage. The Canadians are probably right … for a change.

tom, the issue has to do with kanuks taking in all sorts –
but NOT anti Reds.

if they don’t want them OK – but if Canada has birth citizenship, then kicking the parents out seems antithetical to their ‘values’.

Canada’s citizenship law has, since 1947, generally conferred Canadian citizenship at birth to anyone born in Canada, regardless of the citizenship or immigration status of the parents. The only exception is for children born in Canada to representatives of foreign governments or international organizations.

I agree with Tom Swift. These people were not legitimate refugees, they are people who tried to scam the refugee system. They had escaped from North Korea and had been allowed to live in South Korea, but decided they didn’t like living in South Korea because their accents were made fun of, or because they couldn’t get the jobs they wanted, or whatever. So they came to Canada and lied about being refugees, and now they’re upset because the Canadians, instead of rewarding them for their dishonesty and law-breaking, are going to send them back to South Korea.

One can abhor Canada’s idiocy in taking in Muslim refugees, including inviting jihadi’s to come back, without having sympathy for these Korean fraudsters.

Good for Canada for enforcing its immigration laws.

Amazing. You paid no attention to the narration of how North Koreans are treated in South Korea. It’s not the first time I’ve read the tale; the stories have been around for a while.

Your trivialization of their situation demonstrates an astonishing lack of knowledge of both Korean culture and Asian culture in general.