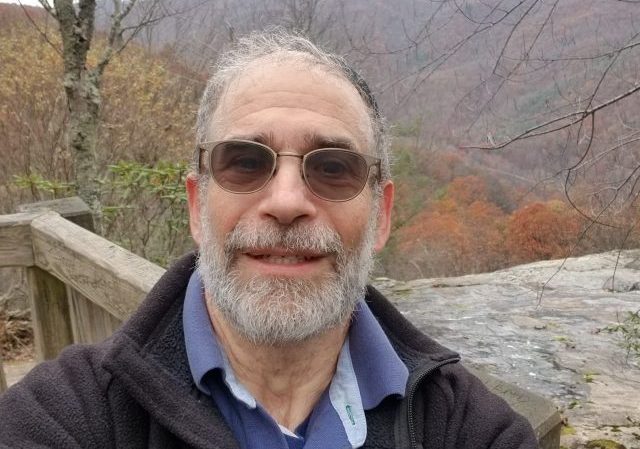 There was a background to how he landed here, and David told that story in his first post, I said, “Hi.” She said, “Yeah, I guess I am.”

The “Hi” in the title should clue you in, this is my welcome post. I’m David, the newest blogger at Legal Insurrection.

For those who don’t know me, I used to blog as Soccer Dad.

After I retired from blogging at the end of 2010, Prof Jacobson offered me his blog as a new home if I ever wanted to get back into the game. I believe I’m ready to take the jump now.

Once upon a time a Carnegie-Mellon study determined that Soccer Dad was the 22nd most influential blog in the universe. Given the other blogs on the list, I was very surprised at my appearance on the list. Soccer Dad’s traffic wasn’t in the same class as most of the other blogs. It must have been that I was big linker to others.

First of all I founded Haveil Havalim, the Jewish blogging carnival. (A blog carnival is a periodic – usually weekly – enterprise which links to blogs associated with a single theme.) …

My biggest blogging interest is Israel and the Middle East, specifically through the lens of media bias. I’m also interested in politics and how conservatives/Republicans can get their message out past the gatekeepers in the media. For the past two years I’ve been producing a daily (most days) e-mail focusing on news from the Middle East, called the Mideast Media Sampler that a number of sites… publish.

Anyway that’s a brief introduction to me. I am honored and look forward to contributing to Legal Insurrection.

You can view the Middle East Media Samplers David published at Legal Insurrection here. Over time, David shifted away from the Media Samplers, and focused more heavily on substantive matters. He is our resident Iran Nuke Deal expert, and his writing and analysis on the Worst Deal Ever are second to none.

David also is a Thomas Friedman expert, which involves documenting and pointing out why Thomas Friedman is not an expert at anything. There are few things in life that get David more excited than the opportunity to disassemble Thomas Friedman’s dissembling.

Over time, David would have over 300 posts here, though he has slowed down dramatically the past couple of years as he assumed more responsibilities at this day job at The Tower website, where he now is Senior Editor. But he occasionally can’t contain himself and still contributes a post. You can view his post archive here.

But more than anything, David is just a really nice guy. David is married with 6 children, the oldest 3 of whom are married. And he was blessed with his sixth grandchild about 3 weeks ago. For 28 years he was a programmer for the federal government before he started his writing career. He writes:

“Joining the Legal Insurrection team occurred at the same time of multiple changes in my life including becoming a grandparent and a career change. I very much appreciate the opportunity that Prof Jacobson gave me to reach a much wider audience than I could on my own and to work with the incredibly talented LI team.”

Anyone and everyone who comes into contact with David is in awe of his intellect and knowledge, his soundness of principles, and his caring about people. He’s a deeply religious man, and an ordained Rabbi. He’s my go-to guy on Jewish stuff and Hebrew translations.

I recall that the boss is a fan of Dean Friedman. Dean Friedman once attended the same school I did, so I figured I’d reference his biggest hit.

In honor of David’s 5th Anniversary, here is that Dean Friedman greatest hit:

[Featured Image: From a hike (with his 16 year old daughter) to the top of Crabtree Falls in Virginia this past November]

Check our 5th Anniversary posts for other Legal Insurrection authors:

Man, I had forgotten where that line was from! “Ariel!”

Congratulations David, and thank you so much for your insight and incredible knowledge. I always read your pieces, knowing I’ll come away a little more informed!

Thank you so much.

Congrats on five years, David! Privileged to know and blog along side of you.

It’s great working with you too.