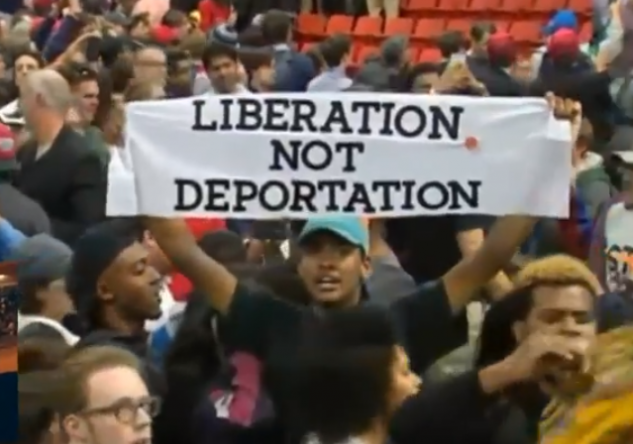 When Donald Trump announced a phased-out end to Obama’s illegal DACA program, which made an executive branch end round around the Constitution and Congress, Trump made clear he wanted Congress to pass legislation dealing with the problem.

The problem is an unknown number, frequently put at 800,000 or so, of persons who were brought to the country illegally by their parents as children. Many of those children are no longer children and are in college or beyond. If DACA runs out in March, on its current schedule, they will be subject to deportation.

DACA is a big deal to the Democrat base, particularly on campuses, which wants Democrat Senators to refuse a budget arrangement unless it includes a DACA fix. That fight has been kicked off until next year, but with the current continuing resolution running out January 19, the fight is almost upon us.

Trump wants a DACA deal, the question is what he will require in return. Passing the Tax Reform bill gives Trump a win that will make it more difficult for Democrats to shut down the government over DACA, so Trump can afford to play tough. Wall funding? Did you way Wall funding?

Remember, the Gang of 8 Senators are all still in the Senate, so there is a majority of Senators (all Democrats plus a handful of Republicans) who would love to include a full amnesty (legalization plus pathway to citizenship). Trump doesn’t need all Republicans to pass a DACA amnesty.

Assuming there is a DACA Deal struck in January or early next year, what do you think it will look like? Temporary legal status? Permanent legal status? Pathway to citizenship?

The poll will be open until noon (Pacific Time) on Tuesday, December 26.

[Poll will not load if you do not have javascript enabled]

No deal, no how, no time. We owe DACA people nothing. They’re ungrateful wavers of foreign flags even as they spit on the Americans who’ve provided a roof over their heads, clothes on their backs, medicine in their veins, food in their mouths, jobs that Americans can do, and education that the majority of them disdain.

I won’t play that imagine there is a deal game. I want no deal for DACA. I want them, their parents, and assorted relatives deported.

How about this deal?
A. End birthright citizenship.
B. Deport all illegals.
C. Build the Wall.

This is what the deal should look like. This should have been one of the options.

Read the post again. The question was what we think the deal _will_ look like, not what we want it to be.

I’m not yet convinced that this couldn’t be one of the outcomes. Color me an optimist, but I’ve been pleasantly surprised all year.