Theme song for Down and Out in Washington, D.C.? 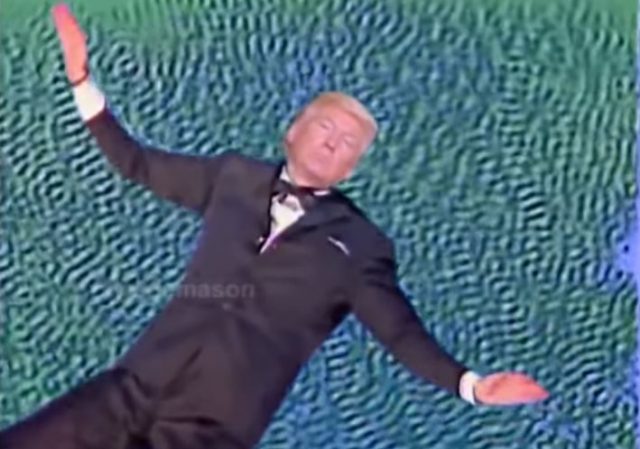 I’ve also run the Talking Heads as Video of the Day, the last time in September 2014 (which reminds me to re-up them early next year).

One of their (many) best songs is Once in a Lifetime:

It was the theme song in the movie Down and Out in Beverly Hills.

Someone just put together a parody video featuring Donald Trump in the lead role, with words spoken by Trump taken from various speeches.

It’s very well done, and quickly has over 600k views on YouTube as of this writing.