$3 million will be saved annually on WhiteHouse.gov upkeep, while changes to the petition website will save taxpayers over $1 million. 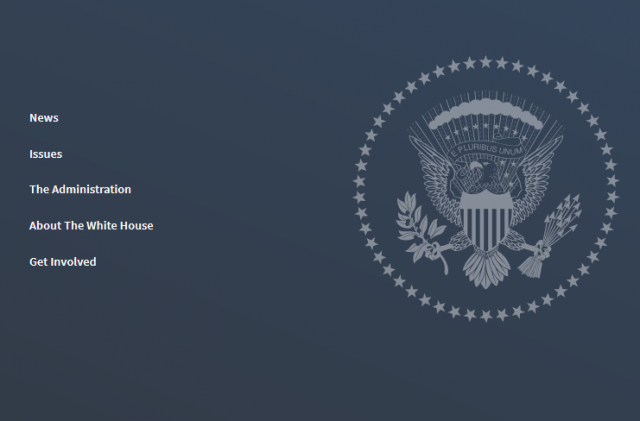 The last time we checked on WhiteHouse.gov, social justice warriors across the country were in a snit because the Trump administration had archived the progressive content posted by its predecessor.

The official White House website has now gotten a complete facelift that promises to save American taxpayers as much $3 million annually.

“The old site was a good temporary measure that allowed us to use what the previous administration had built, but it wasn’t where it needed to be in terms of providing people with content they can easily access,” the official said.

The updated website will feature enhanced search tools, making it easier for visitors to filter content by date or topic. It will also provide “in-depth policy updates” and appear “much cleaner,” according to the official.

“It adapts the U.S. web design standards and uses a style that is clean, simple and presidential,” the official said.

The cost savings come from the layout, which adapts the U.S. web design standards, and the security features.

The new website will be “cleaner,” according to the official, and contain improved search functions and policy sections. It will also have updated cybersecurity features meant to deter hackers.

A White House spokesperson estimated the annual cost of the current White House website at upwards of $6 million.

“We are now saving more than 60 percent of that number per year,” the spokesperson said.

The White House is also taking down the famous petition website, but plans to bring up a new and improved version early next year.

The “We The People” website, launched by then-President Obama in 2011, will be taken down on Tuesday at midnight, The Associated Press reported Monday.

Officials told the AP that platform will be replaced with a new website in late January and that all of the existing petitions will be restored at that time.

The Trump administration has yet to respond to any petitions that have exceeded 100,000 signatures, which necessitate a response from the federal government.

Trump officials told the AP that the administration will begin responding to the petitions once the new website is live.

And as we head into the conclusion of Trump’s first full year in office, it seems a good time to check the status of the most notorious government website:

The Obamacare enrollment website HealthCare.gov is still having technical problems, as consumer advocates report continued glitches and misinformation as the deadline to enroll approaches.

Illinois customers who completed the enrollment were told they were eligible for subsidized health care, but received a message saying no plans were available to them in their area, The Associated Press reported.

Stephani Becker of the National Center on Poverty Law in Chicago told The AP the glitch began late last week and continued into Monday. Becker also said the issue extends beyond Illinois into other states, and believes consumers might give up and “just walk away” when faced with such an obstacle.

I suspect that should the Trump administration ever pulled the plug on HealthCare.cov, it would give the “Do Not Resuscitate” order.

I am curious to know how they are doing to save 3 M annually with the updated website. Is it bloated contractor costs or something special with the design?

I am also curious how much it cost to maintain that website annually.

Considering how many websites that the government runs, the savings can be duplicated for $300 M in saving by just upgrading 100 sites.

A combination of poor choice of technologies, poor code, poorly optimised infrastructure, and the wrong consultants can add up. With support contract costs alone, the wrong technology choice can rack up a few mil. A similar savings may not be forthcoming with each instance, because the IT shops are separate and will have different setups.

1
notamemberofanyorganizedpolicital in reply to UnCivilServant. | December 20, 2017 at 6:59 pm

I would say contractor costs – it certainly isn’t due to design. I do front end design.

If the old website was very script and flash heavy, you can add a big back-end burden to serving it. Further, depending on what it needed to track and update, and how complex and manual those are, you can add a lot of additional labor to it, though my first guess would be just the elimination of bloatware and bandwidth hogs.

Yup, I would say back end crap.

The new White House home page shown in this post looks very dignified and tasteful. Remember people mocking Trump’s flamboyant style, with cartoons showing hilarious self-promoting changes he would make to the White House and other iconic American symbols? Well, Obama actually did do that, and I will be glad to see all the Obama-style logos that he inserted throughout government disappear, the sooner the better. The new White House design proves that Trump can achieve a presidential look.

“The Trump administration has yet to respond to any petitions that have exceeded 100,000 signatures, which necessitate a response from the federal government.”

“…necessitate a response…” – That cannot be true; at least I don’t recall such a legislative farce having taken place.