“Pence urged them to move forward with long stalled elections.” 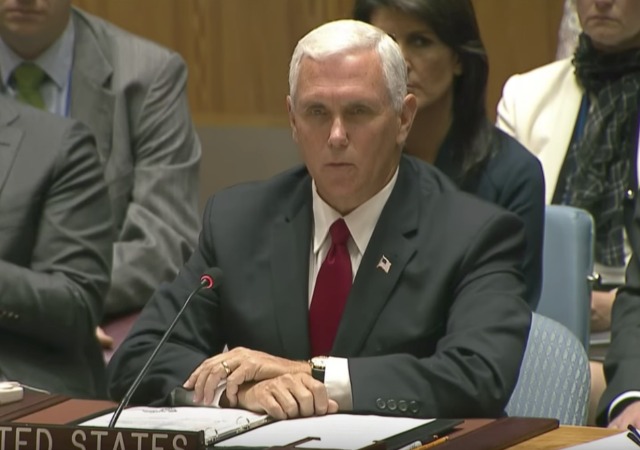 In the first visit to Afghanistan by either Trump or Pence, the Vice President met with Afghan leaders and American troops.

His address to the troops is here:

ice President Mike Pence has made an unannounced trip to Afghanistan to meet with Afghan leaders and visit US troops.

Pence’s surprise visit is the first to the war-torn country by either Trump or the vice president. Pence landed at Bagram Air Base under heavy security on Thursday.

He met with Afghan President Ashraf Ghani, as well as US troops and US military leaders.

Trump released his new strategy for ending the 16-year war in Afghanistan in August. The president said US troops would “fight to win” by attacking enemies and crushing terrorists.

The arrival of @VP Pence at the Presidential palace in Kabul. Both @ashrafghani & CEO Abdullah Abdullah met with him. Pence urged them to move forward with long stalled elections. #Afghanistan pic.twitter.com/EdYuV0E6GC

Pence seems to have W’s outward values with real conservatism. I liked Bush for his love of the troops and country, but he did not always help the conservative cause (just because I disagree with Bush does not indicate anything).

Everyone used to joke about Biden being the ultimate insrance policy for Obama, Pence could be the same for Trump. Now think about this – the democrats go dumb, and grabby as insurance – the republicans go conservative and valued. You judge.

This entire administration are pros.