Unless more comes out, it’s likely Moore will outlast the accusations. 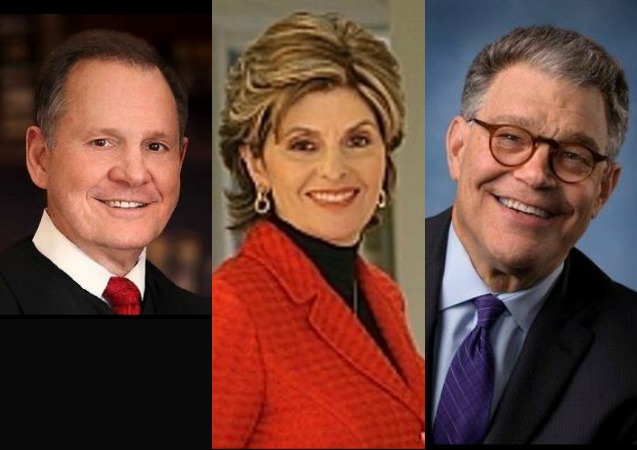 Based on the present state of affairs, and assuming there are no further revelations, it looks like Roy Moore will outlast the outrage over the accusations, which he denies, that he molested a 14-year-old girl and assaulted a 16-year-old girl almost 40 years ago. Those serious accusations of criminality have been conflated in the media with non-criminal accusations that Moore dated teenage girls of legal age.

I say “assuming there are no further revelations” because I would not be shocked if more comes out. Moore’s wife complained that the Washington Post is calling everyone the two of them have known for the past several decades, and certainly other major media are conducting similar searches. So what follows assumes there are no new accusers, and no additional evidence to support the current accusations.

If there was a turning point in Roy Moore’s political fortunes, it was the press conference Gloria Allred held with accuser Beverly Nelson, who emotionally described what she said was a sexual assault behind a diner at which she worked.

That press conference gave Moore two things he needed politically: a chance to make Allred an issue in the campaign, and a piece of physical evidence to attack, the handwriting in the yearbook.

But Allred has refused so far to subject the yearbook to an independent examination, unless done at a Senate hearing, which isn’t going to happen. Allred also refused to declare the signature authentic. Perhaps Allred secretly is having the yearbook examined and will hold a press conference with a qualified document examiner to declare authenticity, but that doesn’t look likely at the moment.

All Moore needs to do politically is to call the accusations into question, to raise doubts, to turn it into a 40-year-old he said/she said dispute. The yearbook that was declared by the media to be proof of Moore’s guilt now has become that cloud obscuring possible guilt.

Given the questions about the yearbook handwriting, it’s not surprising that Moore’s team has focused it’s attacks on the Nelson story. News5 reports, Roy Moore Campaign Attempts To Debunk Accuser’s Claims:

Moore’s campaign sent the following in a press release:

GADSDEN, Ala. – On Monday evening, the Moore Campaign unveiled statements from key witnesses that completely bust the story of Beverly Nelson and Gloria Allred and further reveal an unconscionable bias on the part of state and national press to hide the truth from Alabama voters who will undoubtedly see through the “fake news” and elect Judge Moore for the man that they have always known him to be.

Whether these defenses are persuasive were this case to go to trial is not the standard. Moore politically only needs to raise doubts.

A second turning point was the accusations, with photo proof, against Democrat Senator Al Franken. 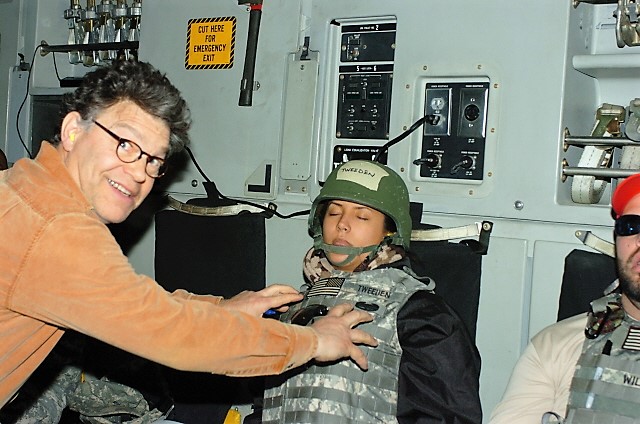 The Franken scandal took the wind out of the attacks on Moore. Now with John Conyers in the spotlight for settling sexual harassment claims, it’s “a pox on all their houses” atmosphere. That only helps Moore.

The polling initially swung to the Democrat Doug Jones in the days after the accusations were aired, but now the polls have swung back. AL.com reports on the latest polls released today:

One poll commissioned by Raycom News Network in Alabama had the race in a statistical tie with Moore holding a 2-point lead while a poll released by Moore-friendly Breitbart News showed him with a 6-point lead.

Moore held an 11-point lead in a Raycom poll released the day before The Washington Post published allegations by women who said that, when they were teens, Moore made unwanted sexual and romantic overtures.

Moore has repeatedly denied the allegations.

The Raycom poll had Moore with 47 percent of the vote, Jones with 45 percent, 5 percent undecided and 3 percent planning to cast write-in votes. Raycom said 3,000 likely voters were surveyed by Mobile-based Strategy Research and that the poll has a margin of error of 2 percent. The Raycom story did not say when the poll was conducted.

Assuming nothing more comes out, it’s likely Roy Moore will win the Alabama Senate special election. And you will have Gloria Allred and Al Franken to thank, or blame.

Actually, I think Allred and Franken are irrelevant to Alabama voters. The Alabama voters are smart enough to recognize a phony smear attempt and vote accordingly!

Here’s my final thought on this mess until the election. If I were McConnell I would ask all the networks and media to gather for a short declaration from the Republican party. I would then announce that to stop this kind of backstabbing dirty tricks where there is no alternative in a race because of time limitations, that in the future we are going to elect whoever our candidate is no matter what is published about them. Not only that but we will back them with every resource we have. This is the only way to stop this kind of politics which the clinton’s have perfected and passed on to the DNC. This is a matter of principle and there can be no compromise.

You think mcconnell would give up the ONLY tool he has to get anywhere anymore politically?

He’s transparently backstabbing garbage. Too bad he’s not more (no pun intended) transparent, so we wouldn’t have to suffer his grotesque face – a face rivaling mooochelle obama’s for turn-off potential.

As others have pointed out the charges against Moore are falling apart. I will give some credit to Allred for being such an over-enthusiastic accuser that she exposed herself and her client’s story, but Franken has nothing to do with why people in Alabama are starting to doubt the stories and they sure don’t elevate what he did wrong over their own feelings and concerns. Franken has less than zero to do with the vote in Alabama, but it has done a hit job on even people at L.I. about how hard they should hit someone in their own party after watching the Democrats try and weasel on Franken. They know in the conservative media that being tougher on their won is wearing on the base.

Re all these charges about sexual misconduct on both sides of the aisle (with the exception of Franken, who was stupid enough to get himself photographed in the act–although could it all have been an act, tasteless to be sure, and no more?), I am very suspicious and believe things need to be carefully investigated.

By all means, if these pols are actual predators, go after them. But I also recall the charges against the Duke Lacrosse players, which proved false; and the accusations made against Herman Cain, which mysteriously went away after he dropped out of the presidential race. Even where there was a violation of the Seventh Commandment, take a long hard look. Are we looking at a relationship gone sour, and one party wants to take vengeance? In the show business cases, did any of the women and young males, at the time, think they were merely “paying Hollywood dues”, or “thumbing the nose at a repressive upbringing”–or, could it be, both? These are all relevant; especially since the Left was the side that unleashed the relentless assault on traditional sexual mores.