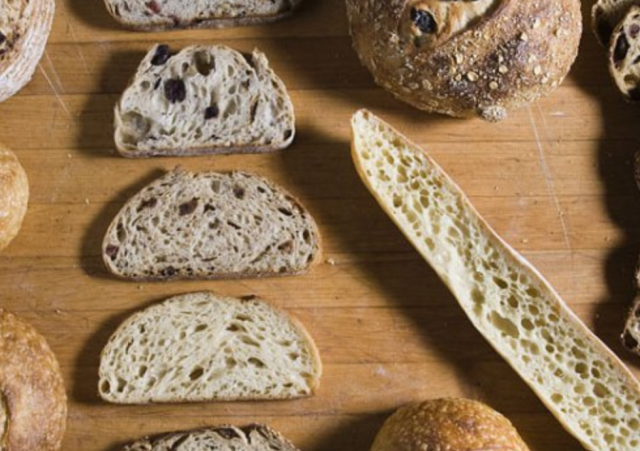 A Massachusetts bakery dinged by the FDA for a litany of ridiculous infractions was most shocked to find they’d been reprimanded for citing “love” as an ingredient in their rolled oats.

The bakery owner likened the letter to something out of an Orwell novel. Bloomberg reports:

“I really like that we list ‘love’ in the granola,” Gates said in a telephone interview Tuesday. “People ask us what makes it so good. It’s kind of nice that this artisan bakery can say there’s love in it and it puts a smile on people’s face. Situations like that where the government is telling you you can’t list ‘love’ as an ingredient, because it might be deceptive, just feels so silly.”

Nashoba sells its products in about 120 stores, mostly in Massachusetts and New Hampshire, according to its website. The company, which has been in business 20 years, has about 75 full and part-time employees and does about $4.5 million to $5 million in sales a year, Gates said.

Way to focus on the important things, government.

love is not what makes a Subaru a Subaru, it is Korean labor brought into Japan and living in company housing in near slave like conditions. Japanese regard Koreans as a subhuman species.

Put the jokes on the front of the package where they belong. Though even that’s not safe if you want “anything goes” in labeling—Wonder Bread dropped its claim that it Builds strong bodies twelve ways! many years ago when it wasn’t able to tell the government what the twelve ways were.

And somebody should be thankful that he wasn’t fined for deliberately putting false info on there. Or even with adulterating the product—how the hell would he demonstrate he wasn’t?

So … why does it taste so good? I don’t think a shovelful of “love” is really what does it. Sounds like a perfectly good question. A reasonable customer might be mildly peeved to be blown off with such a frivolous answer.

I cook with hast and carelessness and aversion to recipes and measuring.

He said to him, “Those [the dishes you served me last time] tasted better to me than these [even though they were cold and these are hot]”.

He said to him, “They lack one spice”.

He said to him, ‘Does the king’s pantry lack anything? [If you could not obtain this spice you should have sent for it from my pantry.]

He said to him, “They lack Shabbat. Do you have Shabbat?”

The FDA would have objected.