A most excellent choice 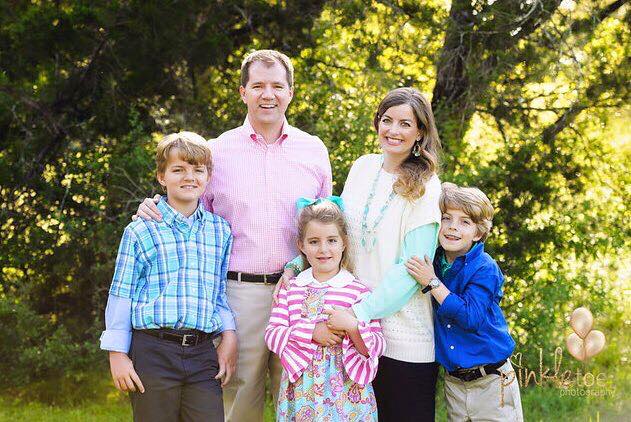 One of Texas’ best is making the federal leap. Thursday, Trump nominated Texas Supreme Court Justice Don Willett to the 5th Circuit Court of Appeals, according to an administrative official.

Willett, a good-humored Constitutional conservative, was rumored to have made Trump’s Supreme Court Justice short list.

Willett — a prolific Twitter user whose wit with more than 96,000 followers and the title of Texas “Tweeter Laureate” –had gently mocked Trump in some tweets during the campaign for the White House.

Among them was a haiku suggesting the thought of Trump’s potential U.S. Supreme Court picks would make one weep. But when President Trump nominated Neil Gorsuch to the nation’s highest court, Willett tweeted that he was a “superb jurist.”

Willett often praises his mother, who supported the family by waiting tables at a truck stop after his father died when Willett was 6 years old. The widow waited tables at a truck struck. Willett graduated from Baylor University, then received his law degree and a master’s degree in political science from Duke.

He worked for George W. Bush in the governor’s office and in the White House, then worked for then-Texas Attorney General Greg Abbott, now the state’s governor. He initially was appointed to the Texas Supreme Court by then-Gov. Rick Perry, and since has been re-elected.

Justice Willett’s Twitter feed is one of the best on the platform, full of Constitutional, Texas, and otherwise geeky humor. It’s quite difficult to pair down some of his best, but here we are:

*prisoners gasp & back away* pic.twitter.com/305uxj23YY

When your Justice is a straight shooter. pic.twitter.com/PIVcpGB8kC

If you see a crime committed during today's #AppleEvent, that makes you an iWitness! https://t.co/CJNq0Ziele

The Chief Justice has rejected my proposal to add pumpkin spice scratch-n-sniff to our Fall opinions.

Sorry, but your password must contain a ???? diss track, pi to the 85th digit, a hieroglyph & the blood of Sergio Dipp.pic.twitter.com/AQsNgYQUuY

Ho, a naturalized U.S. citizen, moved to this country with his family from Taiwan when he was a young child. He received a bachelor’s degree from Stanford University and his law degree from the University of Chicago School of Law.

A former state solicitor general, Ho also clerked for former U.S. Supreme Court Justice Clarence Thomas; helped lead the civil rights division of the Justice Department under George W. Bush; and has a reputation as a big gun in his private appellate practice.

The Wee Willetts are growing up soooo fast.

Just as a historical note, the 5th Circuit is one of America’s most distinguished and sound appellate circuit courts.

From it has issued some of the most important cases of the 20th Century, and many of them involved Judge Robert Brown. His archives were housed in a sub-level of the University Of Houston Law Center library (all of which was brilliantly under ground. In Houston. Under. Ground.) Anyhow, I’ve often wondered what happened to those priceless materials.

As an aside, I’m still waiting for some legal instruments that I ordered before Harvey from the Harris Co. Dist. Clerk.

He sounds somewhat ok. But I am wary of anyone for any position that has been part of the Bush political machine and GOPe. I just don’t trust these non populist non nationalist GOPe Bushies.

Hard to believe President Trump hasn’t nominated his sister or a progressive democrat after all the assurances the never Trumpers gave us on this issue.

Or am I mistaken?

Nobody gave you “assurances”, liar. We merely quoted your Great Goad Cheeto.

I could be mistaken, but I don’t think I am. Willett is a stand-up guy and a serious Constitutionalist.

Populism is not really consistent with the Constitution. Nor is “nationalism”.

I think the Bushes were stand up decent guys. But they were also terrible Presidents that made horrible selections for Supreme court 50% of the time. And I am completely sick of all the GOPe former Bush administration never Trumpers.

As for Rags he is delusional, childish, immature liar with a terrible reputation.

So he calls me names and impugns my reputation as he runs away.

It was always thus…

GaryBritt is absolutely correct about the Bushes as people and presidents. Good people, lousy presidents.

David Souter, anyone?
John Roberts, anyone?

Judging by the reports on Willet’s Trump tweets and his heavy Bush/Perry/Rove background, it is not unreasonable at all to be wary.

I liked voting for this guy, hope he’s confirmed.

Does Express-News know something it hasn’t told us?