If you love the country, hate silly hats, and can’t stand Hollywood actors bitterly clinging to their sense of self-importance, this event may be for you. 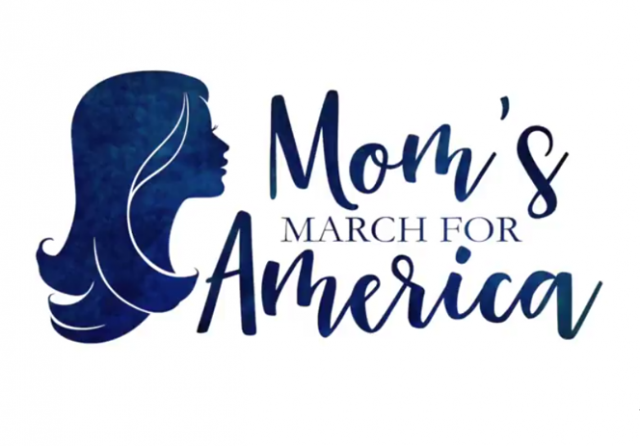 In May we noted that the “Mom’s March for America“, a virtual event in support of American mothers and American culture, was being organized for September 23.

As that date approaches, organizers have arranged for a number of well known conservative speakers, including former Republican vice-presidential candidate Sarah Palin.

Sarah Palin, Candy Carson (wife of Dr. Ben Carson) and Missy Robertson (Duck Dynasty) join list of power moms speaking at the Mom’s March—a national gathering of mothers—September 23 in the Heartland of America, in Omaha, Nebraska, and broadcast live across the nation. Thousands of mothers in every state in America have signed up to join the march in person or online where they are. Public gatherings to view the march are being organized in several states.

…Mom’s March for America isn’t a physical march walking down the street, shouting, and carrying signs. It is a cultural march toward a higher standard of decency, civility, and liberty.

Dawn Wildman, Director of the Coalition for Policy Reform, will be at a viewing event in San Diego. She offers another perspective about this virtual rally, noting that the timing could not be more exquisite, as it comes on the heels of the tasteless, crass, and disastrous Emmys.

“Average Americans across the country spent last Sunday being insulted, demeaned and derided by Hollywood. The Mom’s March for America is not only a counter-culture response to Hollywood, but is truly an uplifting event that will bring families together in a celebration of this country. I think most kids would be less embarrassed by their moms being caring and loving participants in a video party than seeing them screaming vulgarities on national television about all the power their vaginas hold!”

Dawn confirms that silly, pink hats will not be mandated, though she suspects that many participants may be wearing stiletto heels in honor of Melania Trump’s hurricane relief efforts.

For those of you interested, the link to the Sept. 23 live steam is HERE!

If you love the country, hate silly hats, and can’t stand Hollywood actors bitterly clinging to their sense of self-importance, this event may be for you.

This is fantastic. I love it a lot! America has the best mothers. Lead those whiny progressive children to actual love true, peace, humility, and righteousness!

Imagine that during this ‘Mom’s March’ that Antifa shows up and starts beating on people, like is their habit…

ONE bruised Mom,
ONE hurt Mom,
ONE injured Mom,
ONE frightened Mom and the American left could hit the spinning blades of life!

The image of Antifa would be destroyed, the left and all Antifa supporters would have to run for cover. The ‘virtue signaling’ Hollywood psychopathic pie holes would be stoppered. The ‘Mom’s March’ crowd can say anything they want and who has the guts to physically rebuke them? Even ‘lifers’ in the ‘joint’ serving hard time have Mom’s. What a sweet opportunity this might be!