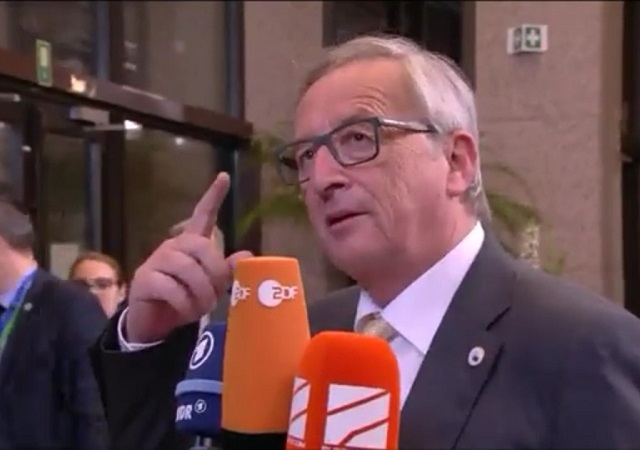 In a drastic move that would further exacerbate the European Union’s east-west divide, the European Commission, the EU executive arm, has given a month’s notice to the Polish government to roll back its national judicial reform. Poland risks forfeiting its voting rights within the EU if it does not back down in the current dispute with Brussels.

The EU officials oppose the legal reform undertaken by Warsaw, arguing that it weakens the judiciary and gives more power to the country’s elected government. Polish government dismissed these allegations and insists that is acting within the purview of the national constitution.

The EU has already threatened Poland with legal action for opposing a pan-European migrant resettlement plan. Poland, along with Hungary and Slovakia, has refused to back the EU plan to relocate hundreds of thousands of migrants across Europe.

The ultimatum comes after months of increasingly ill-tempered wrangling with European Union chiefs growing increasingly exasperated with Poland’s ruling Law and Justice (PiS) party and its refusal to soften its stance.

The Commission, along with many EU governments and rights advocates, insist changes to Poland’s judicial system undermines the independence of the judiciary and the rule of law. (…)

In its latest statement, Brussels said: “The Commission has carried out a thorough analysis of the response of the Polish authorities to the Letter of Formal Notice sent in July 2017 and finds that its concerns have not been adequately addressed and therefore has moved to the next stage of the infringement procedure.

“The Polish authorities have one month to take the necessary measures to comply.

“If the Polish authorities do not take appropriate measures the Commission may decide to refer the case to the Court of Justice of the EU.”

The Commission had earlier warned Warsaw it would face an even more severe disciplinary response if it tried to remove any judges from the country’s Supreme Court.

German Chancellor Angela Merkel also slammed the Poland’s conservative government over the issue, calling the proposed Polish legal reform “a serious issue”. “We cannot simply hold our tongues and not say anything for the sake of peace and quiet,” Merkel said at a press conference last month.

With deteriorating ties between the two countries, a Polish parliamentary body is preparing legal grounds to demand compensation from Germany for deaths and losses suffered during the second world war. The legal report to this effect was published by the Warsaw-based parliamentary research service on Monday.

The Merkel government has rejected the Polish claims on grounds of an existing agreement on the waiver of reparations signed between West Germany and Poland’s Communist Regime in 1953. “German government has no reason to question to the validity of the Reparations Waiver of 1953,” Merkel’s spokesman said last week. The bitter tussle over reparations once again highlights the fresh east-west schism opening up in Europe after the end of the Cold War.

East European countries have emerged as the staunchest opponents of the EU’s open borders policy and Brussels creeping encroachment on their national sovereignty.

British politician and former UKIP leader, Nigel Farage, lambasted the European Commission’s President Jean-Claude Juncker for initiating hostilities against Poland and other East European countries. “The way you are treating Poland and Hungary already must remind them of living under the Soviet Communists with your attempts to tell them how they should run their own countries,” Farage said in his address to the EU Parliament yesterday.

This is the problem with the EU, their unwillingness to negotiate!

All they had to do was allow the UK to control its borders but no, not negotiable with the end result being the UK is now leaving the EU.

Again, all thats required here is a willingness for the EU to allow countries to control their borders but again…no deal which is only pushing countries like Poland closer to leaving!

Extortions don’t make for good negotiations…and that’s all Brussels is good at, extortion with intimidation.

Polish jokes used to be all the rage.

But look who are the jokes now.