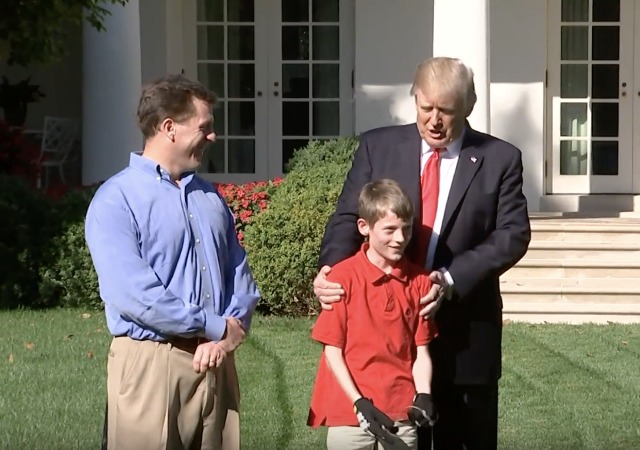 Frank, 11, wrote a letter to the White House in August and told President Donald Trump he wanted to mow the lawn at the White House. Even though he usually charges $8, he offered his services for free.

The @WhiteHouse circulated the following letter from Frank aged 10 who has offered to mow the lawn for President @realDonaldTrump . @rtenews pic.twitter.com/O9KJj9ChMr

Frank achieved that dream today. Trump even walked with Frank and gave him a personal thank you for doing a job well done.

Look at these screenshots:

Frank was all business! Did not even stop mowing when Trump approached him, telling him he’s doing a great job. 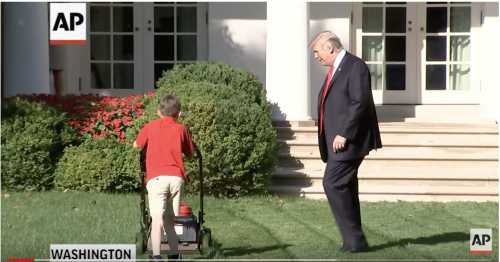 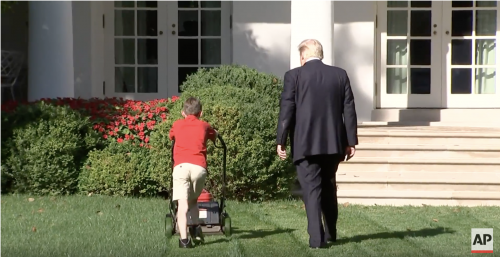 In fact, a lawn man and Frank’s father had to come to tell him that it’s okay if he stopped to greet Trump. However, the president didn’t seem offended at all that Frank wanted to keep doing his work. 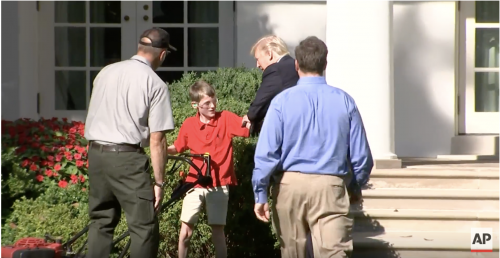 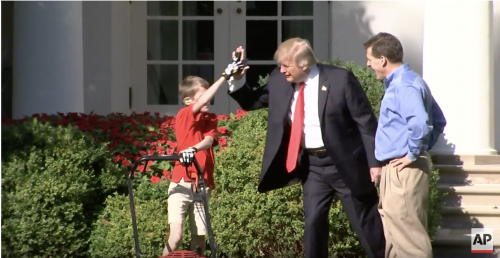 But Trump didn’t stop there. He continued to walk with Frank. Such a sweet moment! He said, “Let’s see how you’re doing. Perfect, Frank! Beautiful.” 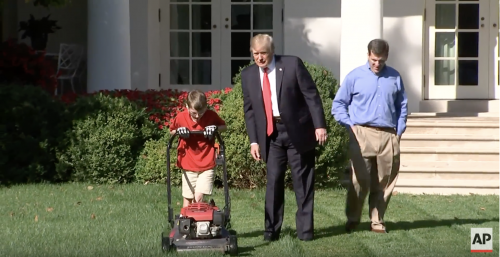 Trump really wanted to get to know Frank, too, who ended up stopping the mower to chat some more. Trump wanted to know if Frank has done this before.

Trump greeted the press and boasted about Frank, calling him the future of the country. He continued to ask Frank about himself, including his ambitions, which is a Navy SEAL.

Trump then announced to the media that Frank will do great things for our country in the future and admired his work ethic. 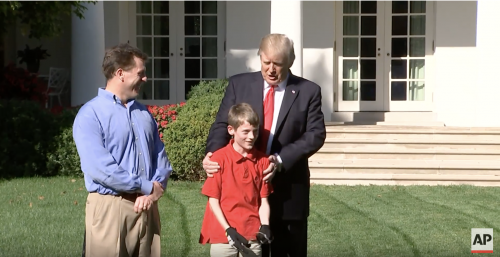 Trump turned to Frank and his father and told them afterwards to meet him in the Oval Office for some pictures.

You did a wonderful job, Frank! Thank you, Mr. President, for allowing Frank to mow the lawn.

What a great story! Thank you for sharing this.

Even though he usually charges $8, he offered his services for free.

And no union is protesting?

I mean, this is even worse than a Boy Scout troop cleaning up the litter in a park. Where will this sort of thing end?

Is Frank really a Russian kid?

It looks to me like he may simply not have noticed the President’s approach, and would not have heard him because of his earplugs.