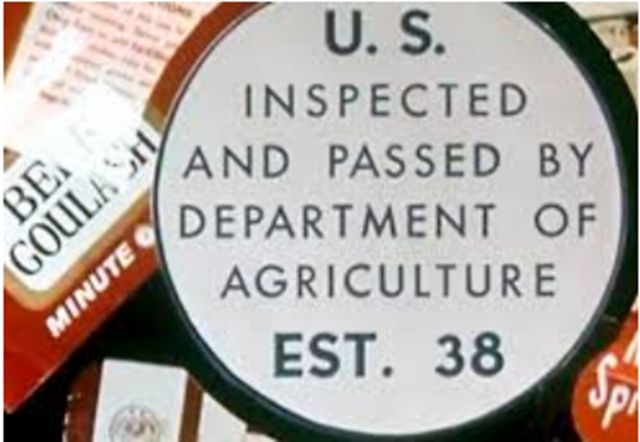 As I have noted in previous posts, Trump’s EPA chief has refocused the agency back to its core mission of protecting the environment from actual pollutants.

Legal Insurrection readers may recall that President Donald Trump picked Georgia’s former governor, Sonny Perdue, to head the United States Department of Agriculture. Like Scott Pruitt, Perdue is scaling back positions and making significant changes in his agency’s policies. For example, there have already been alterations in the Michelle Obama’s signature school lunch program.

…With a new administration in Washington, lots of changes are upon us, including some announcements from Sonny Perdue, the new head of the USDA, which governs the School Lunch program which will go into effect on July 1, 2017.

With the first change they have lessened the restriction on whole grains from the 100% whole grains. This is helpful in reducing the amount of food waste as students did not care for the whole grain product.

The second change will allow 1% fat back in the flavored milks, such as chocolate and strawberry, while maintaining fat free in regular milk. Again, this 1% increase has been found to be more palatable for students.

The third change is placing a halt on further reducing sodium limits from their current standards as previously stated by the Healthy, Hunger-Free Kids Act.

Also, like Pruitt, Perdue is refocusing his agency back to its core mission that consists of food safety and rural community support. This new approach has led to a request by the USDA to its employees, instructing them to avoid using language that directly references climate change.

… Instead of “climate change,” workers are told to refer to “weather extremes;” instead of talking about how the country can “reduce greenhouse gases,” they’re asked to talk about “build[ing] soil organic matter.”

The director issuing these statements, Bianca Moebius-Clune, stressed that this wouldn’t alter the scientific modeling, just how it’s discussed. Still, some in the organization aren’t happy. One staffer was worried that altering the language would jeopardize the “scientific integrity of the work.”

I think I can put that staffer’s heart at ease: There really isn’t any “scientific integrity” about this politicized science to worry about. To put it in terms related to USDA activities…that horse has already left the barn.

In contrast to these newly contentious climate terms, Moebius-Clune wrote that references to economic growth, emerging business opportunities in the rural US, agro-tourism and “improved aesthetics” should be “tolerated if not appreciated by all”.

In a separate email to senior employees on 24 January, just days after Trump’s inauguration, Jimmy Bramblett, deputy chief for programs at the NRCS, said: “It has become clear one of the previous administration’s priority is not consistent with that of the incoming administration. Namely, that priority is climate change. Please visit with your staff and make them aware of this shift in perspective within the executive branch.”

With all the emphasis on Russia, the press is seemingly clueless as to why the stock market has hit new highs and people are positive about the economy. The new crop of policies at the USDA is surely a contributing factor.

I noted this:
“The third change is placing a halt on further reducing sodium limits from their current standards as previously stated by the Healthy, Hunger-Free Kids Act.”

So this may be of interest:
https://www.theguardian.com/science/2017/aug/08/a-danger-to-public-health-uproar-as-scientist-urges-us-to-eat-more-salt

Yet another agency that needs to be shut down instead of ‘fixed’. It cannot be fixed.

I really haven’t noticed a change from where I’ve been sitting. The (unnamed) agency has been plugging ‘Carbon sequestration’ since 1980s because the more crop residue remains on the field, the greater the water and wind erosion reductions. And that even makes sense, because dirt that washes downstream or into the air winds up somewhere you don’t want it, and can’t be used to grow anything. Topsoil depletion is a major long-term issue, less so in Iowa with meters-thick black soil, but moreso in the plains states.

As opposed to global warming/climate change/cooling, soil loss is a serious issue that has been the focus for Federal assistance since the days of the dust bowl (may they never come again).