She claims the school deliberately neglected her report. 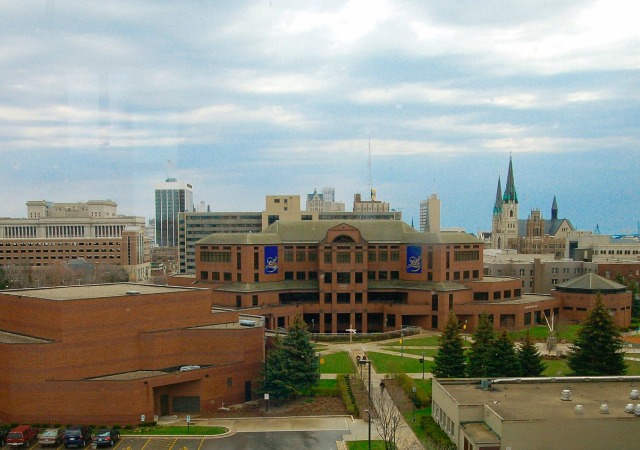 A former student has sued Marquette University over the way the school handled her report of sexual assault in 2014. From The Journal Sentinel:

The Illinois woman, identified only as “Jane Doe,” says the other student, identified only as KW, ignored her repeated rejections of his increasingly crude sexual advances. But on Aug. 24, 2014, the suit claims, she encountered KW while she was intoxicated, and he sexually assaulted her.

The suit claims Marquette public safety officials discouraged the woman and her parents from reporting the assault to Milwaukee police.

After police secured a warrant to arrest KW, Marquette refused to allow his arrest on campus. KW was charged and withdrew from Marquette that September. Earlier, he had been suspended in spring 2014 for misconduct toward another student but was allowed to return to school in fall 2014.

The suit claims Marquette retaliated against the woman for pursuing KW’s prosecution, tried to force her withdrawal over a low grade in a prerequisite course for her nursing program, put her on probation and refused to accept results of a drug test administered by her doctor.

In 2017, the woman transferred to a community college. Her suit seeks unspecified compensatory and punitive damages.

Brian Dorrington, senior communications director for Marquette, said the university had not had much time to review the suit.

“We take any claim brought forward by our students extremely seriously and we will take the appropriate time to review it thoroughly,” he said in an email. “We care deeply about all of our students and their well-being is our highest priority.”

Yet another example of the unintended consequences of Title IX. This is a matter for the law, and the school should not be an investigative body. They should be a cooperative body, though, and do so by cooperating with law enforcement, not by taking sides. Punitive actions of a university should follow not precede due process under the law.

Given that we know of at least one other accusation of bad conduct words the fairer sex, ima think that this girls case is legit. At the very least – let the police and courts handle it, not the damn school. Problem is the school is always too much of an interested party – usually either their “investigation” is a witch hunt fueled by title IX pressure or it’s a whitewash fueled by a desire to cover up bad publicity. If it’s a athlete he’s an animal more equal than others (as in Animal Farm) or the obverse (as in the Duke case) the Big L faculty/staff running the “investigation” has already concluded before any facts.